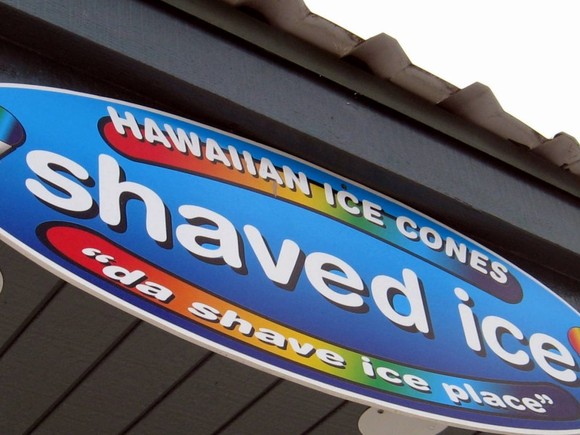 After we filled up on local grindz at Manna Korean BBQ, my Kona Krew and I hopped in our rented Chrysler and cruised over to White Sands Beach. While Lush and I sunned and gossiped the afternoon away, cousins Andrew and Brian scored some pakalolo. Boys will be boys, hey? After a couple of hours of idleness, we abandoned the perfectly turquoise waters and dangerously inviting sun to head home, but not before stopping for some shaved ice first.

Hawaiian shaved ice, a close relative of the snow cone, most likely arrived on the islands’ pristine shores from Japan. The influence of kakigōri, a Japanese dessert made from shaved ice flavored with syrup, can be seen in the various ingredients and flavor combinations like condensed milk and azuki beans available on the islands. 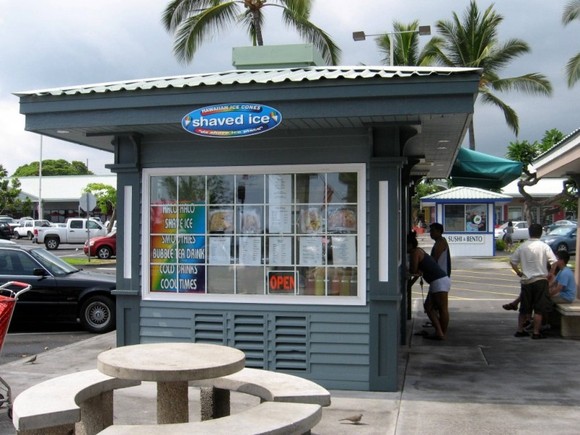 Da Shave Ice Place is a little hut in the middle of a strip mall that included an L&L Drive-in and a CVS. I spied a sushi hut across the way, but sadly had to pass because the plate lunch I downed earlier was stubbornly hanging around my gullet. 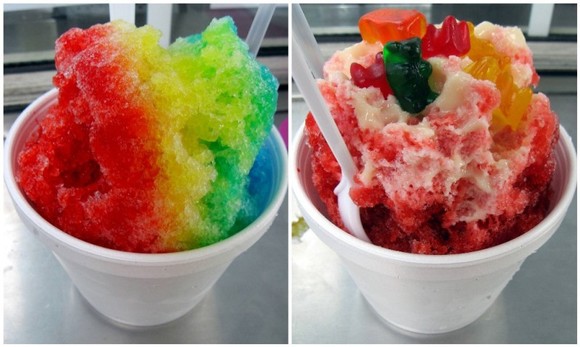 Cousin Brian ordered a classic rainbow shaved ice. According to Wiki, “Rainbow consists of three different colors of syrup chosen usually for their color rather than their taste compatibility.” Regardless, my cousin dug his selection.

Cousin Andrew chose a strawberry flavored shaved ice with vanilla ice cream that was topped with gummy bears and a “cream cap” of condensed milk. Andrew enjoyed this innovative concoction very much, but would have appreciated a couple more handfuls of gummy bears. 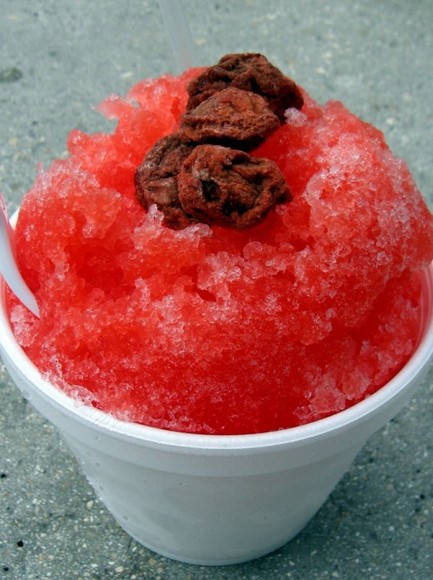 I took Lush’s advice and ordered a Li Hing Mui (salty dried plum) shaved ice served with vanilla ice cream and topped with li hing seeds. The ladies preparing the shaved ice were stingy with the li hing powder, so the taste ended up being artificially fruity rather than a triple punch of salty, sweet, and sour. The li hing seeds atop the ice packed a lot of flavor, which more or less compensated for ice’s shortcomings.