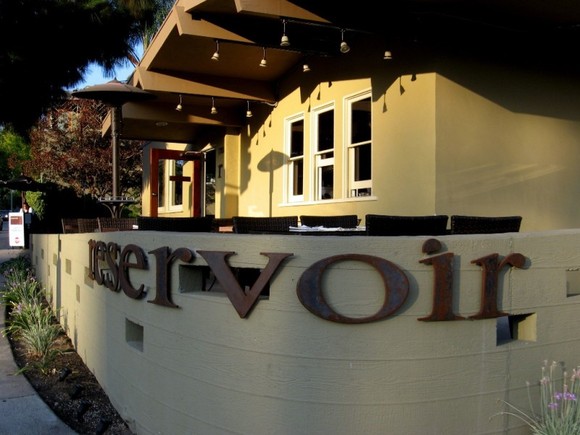 When I was a Philadelphia resident, my daily routines had me constantly interacting with the city and its inhabitants. I walked to and from work, ate lunch in the park, raced along the Schuylkill River, and did all of my shopping at the Reading Terminal Market. Dwelling in a walkable, centralized city fostered a sense of belonging and identity that I’ve yet to experience in my little corner of Los Angeles.

Located east of Hollywood, the community of Silver Lake captures the tight-knit neighborhood feel that I’ve grown to miss. I was already toying with the idea of relocating here after exploring Silver Lake Boulevard’s unique boutiques and seeing the hoard of runners lapping the reservoir, but it was a dinner at Gloria Felix’s Reservoir that had me convinced that a move might be in order. 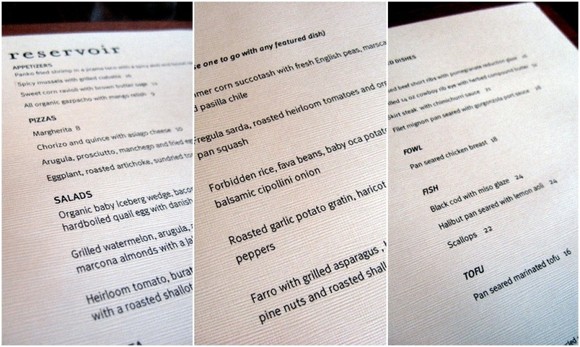 Reservoir reminds me of a neighborhood gem I used to frequent in Philadelphia called Audrey Claire. The space is small and comfortable, the menu is familiar and reasonably priced, and the crowd is mostly local. Chef Felix, who has worked under some of the city’s finest culinary minds including Suzanne Goin, Neal Fraser, and Suzanne Tracht, focuses on “seasonal rustic” cuisine. The food here is new American in spirit and constantly inspired by what’s available at the farmer’s market, which Chef Felix frequents on a regular basis.

It it weren’t for an invite from my friend H.C. to attend a media dinner, I probably never would have found my way to Reservoir. We arrived a bit early for the event and had the opportunity to chat with owner and manager Darren Roberts and to Chef Felix. The chef looked eerily familiar, but I couldn’t pinpoint where I’d met her previously. I later found out that she served as Gordon Ramsay’s on camera sous-chef for two seasons of Hell’s Kitchen. No wonder I recognized her face! 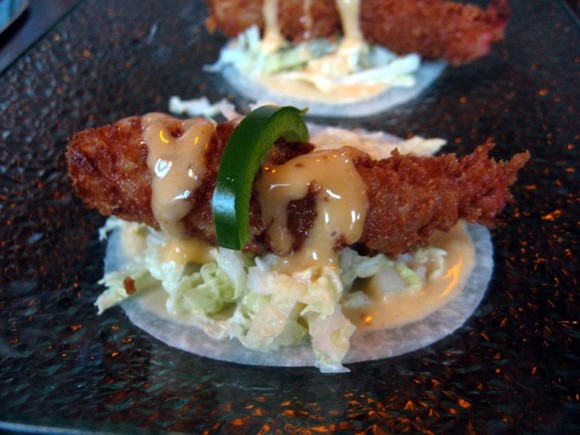 Dinner began with one of Reservoir’s specialties—shrimp tacos ($14). The panko-crusted fried shrimp was crunchy on the outside and succulent within, creating a surprising and delicious contrast. In place of a traditional tortilla was a thin slice of jicama, which imparted a lightness that is rarely associated with tacos. A spicy aioli, fennel slaw, and a jalapeno sliver added the finishing touches. 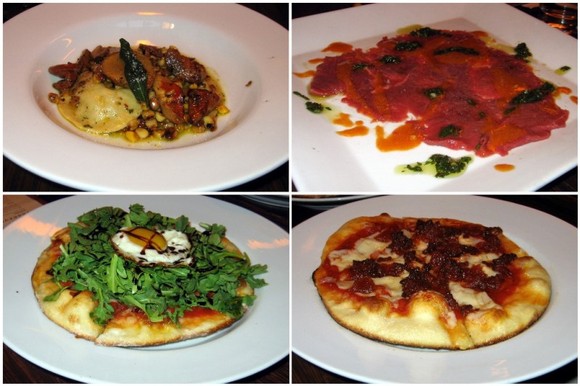 Next, we were treated to an array of appetizers and pizzas, including (clockwise from top, left) a sweet corn ravioli with brown butter sage ($12), an off-the menu beef carpaccio with harissa and olive oil, a chorizo and quince pizza ($10), and an arugula, prosciutto, manchengo, and fried egg pizza ($10).

The sweet corn ravioli was executed brilliantly. Bathed in slick butter, the fresh pasta had an appealingly tender bite. The loose corn and mushroom accompaniments worked well in this dish. The chorizo, quince, and Asiago pizza was another favorite of mine. While pizza purists may scoff upon this unorthodox juxtaposition of flavors, I was all over the sweet and savory combination. 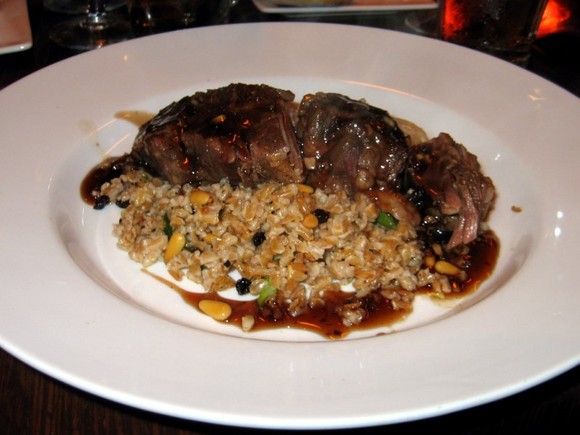 Chef Felix’s entrees, or “set-ups,” allow diners to pair their choice of protein with a preferred side dish to create a composed plate. She took this approach since she understands the frustration that diners undergo when the side dish of a different entrée sounds better than the pre-selected one.

For my entrée, I chose the braised beef short ribs with pomegranate reduction glaze ($26). For my side dish, I went with the farro with grilled asparagus, broccoli rabe, currants, toasted pine nuts, and roasted shallots. As with all great short ribs, Reservoir’s were tender and caramelized in all the right places. The bed of farro provided an apt and hearty pairing. I really liked this dish in the middle of August, but I imagine that it’d taste even better in the midst of a harsh California winter. 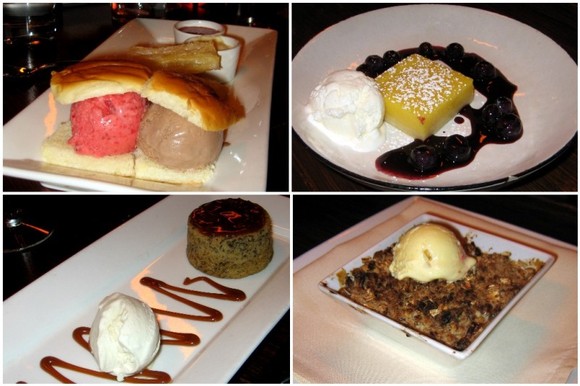 When the duo of ice cream sliders arrived, I wanted to hoard them all to myself, but alas, I was in the company of strangers and had to play nice. The scoops of house-made Nutella and strawberry ice cream were tucked between sweet Hawaiian bread buns. On the side were puff pastry “fries” and white chocolate and strawberry sauces. This quirky dessert was as tasty as it was cute. 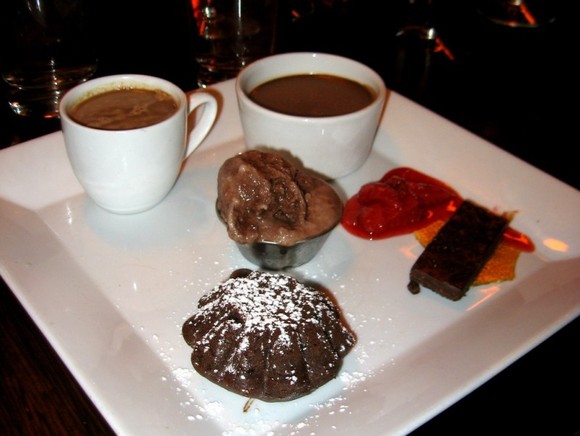 I had such a great experience at Reservoir that I’ve already planned a return visit. In the company of close friends, I won’t be afraid to duke it out for the ice cream sliders. Beware.