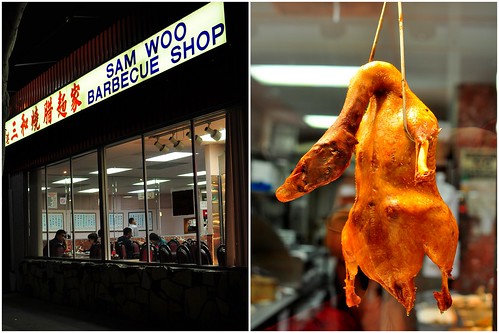 Not last night but the night before, a group of friends and I dined at Newport Tan Cang Seafood Restaurant, a fancy pants Chinese banquet hall in the city of San Gabriel. Aware of Newport’s reputation for stellar seafood preparations, our party of twelve indulged in a prix fixe menu that included delicacies like sharks’ fin soup, sea cucumber, lobster, and crab. The spread was luxurious, plated neatly, and mostly delicious, but after forking over $32 to cover my portion of the tab, I couldn’t help thinking that we should’ve just gone to a simpler joint like Sam Woo.

I’ve always had an inkling that I preferred hole-in-the-wall Chinese eateries to grand restaurants oozing with ambiance, but wasn’t certain until my recent dabble in high-end Chinese cuisine. Granted, Sam Woo is a dingy chain, but there’s something about taut-skinned ducks glistening under florescent lights and service so indifferent that I feel like I’m doing the restaurant a favor by dining there that captures my heart and satisfies my gullet. 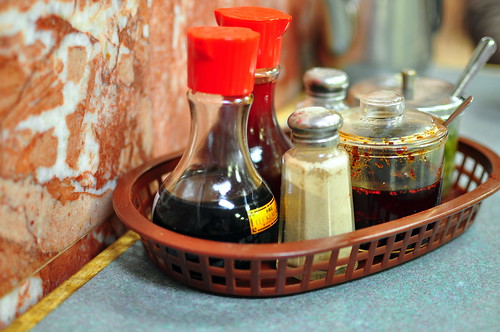 According to the restaurant’s superbly written Wikipedia entry, Sam Woo is not a person, but rather the romanization of the Cantonese pronunciation for “triple harmonies.” “Sam” meaning three and “Woo” meaning harmony. Triple harmonies is a reference to the principles of feng shui: heaven, earth, and humanity.

The first Sam Woo was opened by a Hong Kong immigrant in Los Angeles’ Chinatown in 1979. Since then, the chain has expanded into communities with sizable Chinese populations like Las Vegas, Toronto, and Southern California. There are currently over ten Sam Woo locations in North America. 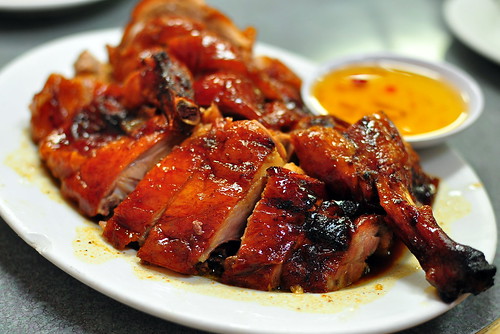 The Astronomer and I were introduced to Sam Woo by a fellow named Ryan, a classmate of The Astronomer’s. I was excited to learn that Sam Woo specialized in roast fowl, because one of my fondest food memories is of eating roast goose in Hong Kong. I can recall savoring the juicy meat dipped in sweet plum sauce like it was yesterday.

Our group shared half a roast duck ($8.95) that arrived at the table chopped into manageable bits. The quality of the meat and seasonings didn’t match my Hong Kong experience, but the crispy skin, moist meat, and plentiful pockets of fat made everything all right. The plum sauce was worthy of sipping alone; it’s certainly not for everyone, but it definitely is for me. 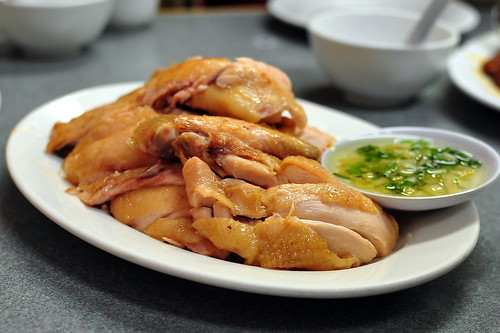 While I normally frown upon chicken, Sam Woo’s Tung Kong-style salty chicken (half – $7.95) was very enjoyable, especially with a generous pour of scallion oil. The notes of ginger and garlic soaked into the skin, and the boiled texture of the meat reminded me of Hainanese chicken. 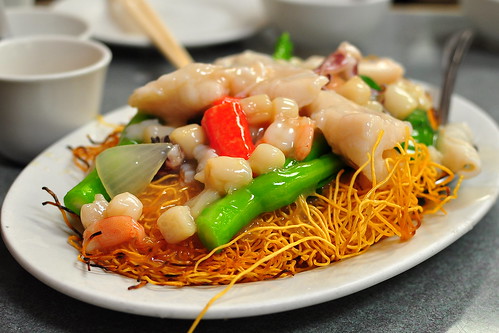 For the carbohydrate portion of our meal, we selected a seafood chow mein ($6.75) with scallops, fish, krab, shrimp and squid. For me, chow mein tastes best once the goopy sauce has properly soaked and softened the fried noodles, creating a clumpy delight. 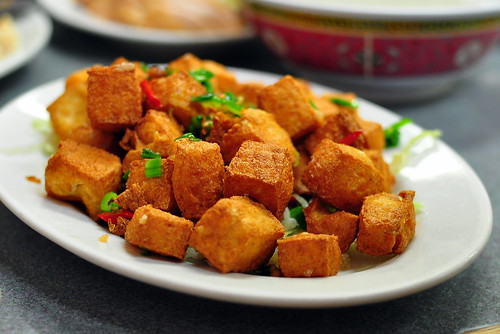 Lastly, we shared a plate of salted and spiced deep-fried bean curd ($6.50). The tofu’s salty crust brought a great deal of flavor and a killer crunch, while the jalapenos and scallions gave the tofu an edge. Sam Woo executes this simple dish very well.

Now, if only it were acceptable to invite wedding guests to a barbecue shop rather than a formal banquet hall.