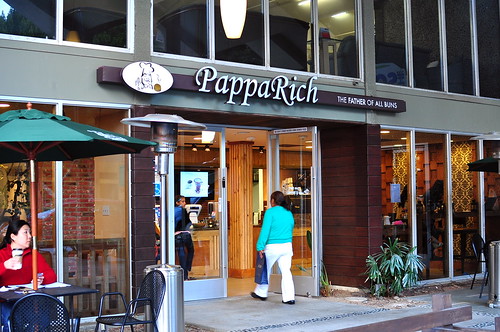 Located on the corner of De Lacey and Green in Old Pasadena, Pappa Rich is the first American outlet of a wildly popular chain of Korean bakeries called Pappa Roti. 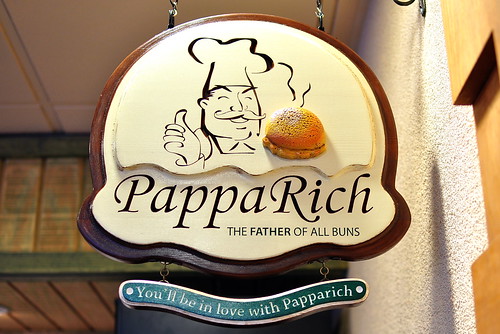 Opened late last year, the shop has an undeniable log cabin vibe due to its bevy of wooden furniture and accents. The air smells strongly of mocha. Pappa Rich’s aesthetic is reminiscent of Tous Le Jour, a competing chain of Korean bakeries that The Astronomer and I adored while living in Saigon. 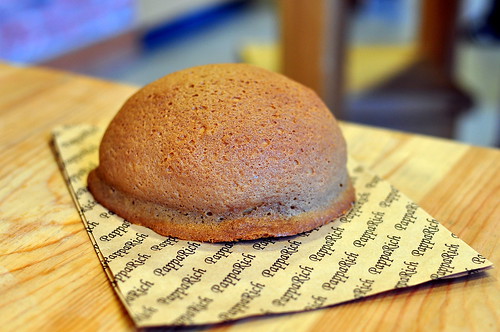 After receiving our order of Pappa Rich’s famous buns ($2.99), we stole two seats and tore right in. As promised by Jonathan Gold, the buns were “fat, warm, [and] breast-shaped”—my three favorite qualities in a baked good.

The Astronomer and I were both taken aback by how gloriously soft, crisp, and inexplicably airy the bun was. Best of all, toward the center was a hidden pat of melted butter that melded decadently with the pastry. Sweet, savory, and rich, this bun was indeed the “Father of All Buns.” 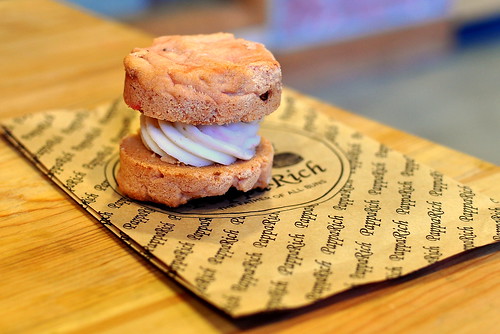 Out of curiosity and hunger, The Astronomer also ordered a white chocolate sugar cookie with strawberry cream cheese spread ($2.75). The cookie was tougher than undergraduate work at Swarthmore, while the frosting was ice cold. Both The Astronomer and I tried our darndest to take a clean bite from top to bottom, but it was a mission impossible.

Even though the sandwich cookie was poorly constructed and practically inedible, I will be making my way back to Pappa Rich for another taste of the “Father of All Buns.” Korea has the tastiest chain restaurants in the world, wouldn’t you say?