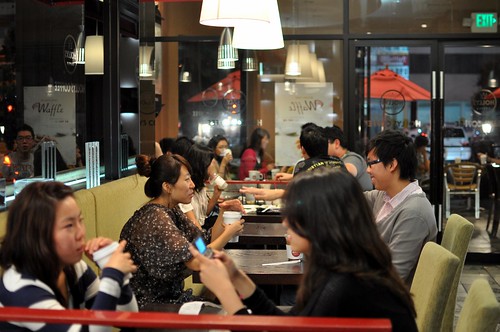 For every KyoChon and Pappa Rich that’s managed to integrate successfully into the American fast food landscape, there’s a Hollys Coffee to balance things out. While I still believe that Korea has the world’s tastiest chains, not all are created equal. Whereas the aforementioned eateries have mastered their signature dishes—fried chicken and buttery buns, respectively—Hollys Coffee can’t quite seem to execute a decent Belgian waffle. 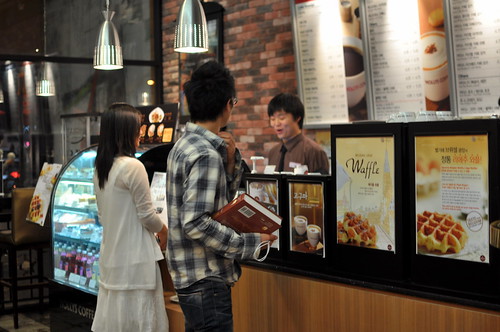 In addition to “fresh coffee [and] romantic space,” Hollys Coffee promises authentic Belgian waffles from the eastern city of Liège. I encountered my first Liège waffle not in Belgium, but in Philadelphia. Whereas waffles I’d eaten prior were fluffy things made with a loose batter poured onto a hot iron, these dough-based creations were dense, chewy, caramelized, and embedded with beads of pearl sugar. Served warm and without maple syrup, a Liège waffle was the perfect sweet for an afternoon pick-me-up. 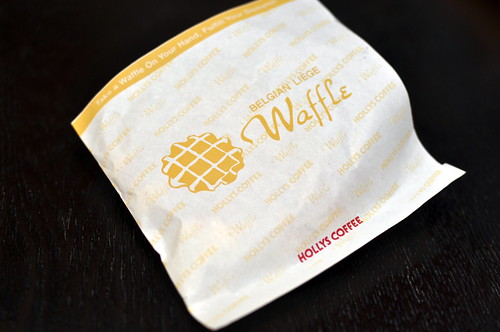 There were half a dozen waffles sitting idle behind a glass case when I walked into the shop. After confirming with the person behind the counter that I’d be receiving a fresh one, I placed my order and took a seat. Two minutes later, a waffle tucked into a paper bag arrived. 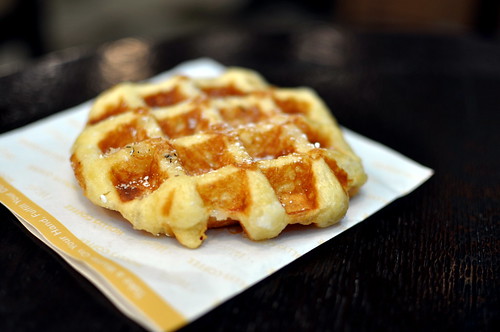 Even before I took a bite, the waffle’s tepid temperature and limp appearance signaled that I had been duped. I should’ve known better than to seek out Belgian fare at a Korean establishment, but I figured that if a Japanese chain could execute a decent French cream puff then a Korean one could pull off a Belgium waffle. Alas, my logic was flawed.

Now, where can I find a legit Liège waffle in Los Angeles?