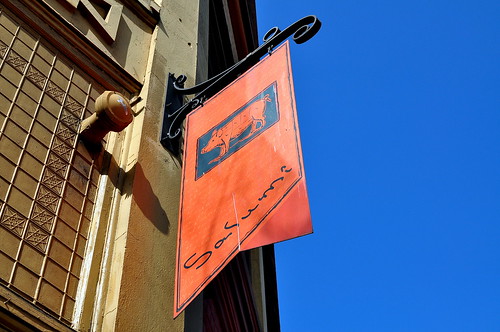 As the saying goes, “the apple doesn’t fall far from the tree.” In the case of Seattle’s beloved Salumi, the proverbial tree is Armandino Batali and the apple is Mario Batali. After feasting at a slew of the younger Batali’s restaurants in New York City and Los Angeles (see: Babbo, Otto, Pizzeria Mozza, Osteria Mozza), I was confident that his father’s temple of charcuterie would rank just as high. 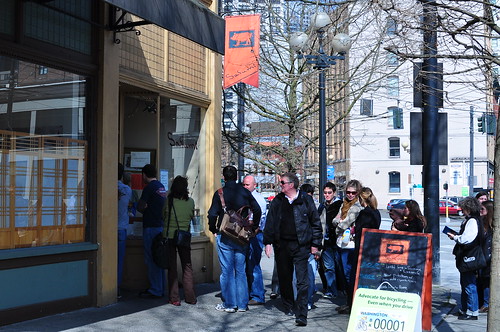 A queue fifteen deep snaked outside the small store when The Astronomer and I arrived at Pioneer Square. It was our final stop before boarding a flight home to Los Angeles, so we were a bit nervous about getting through the crowd. 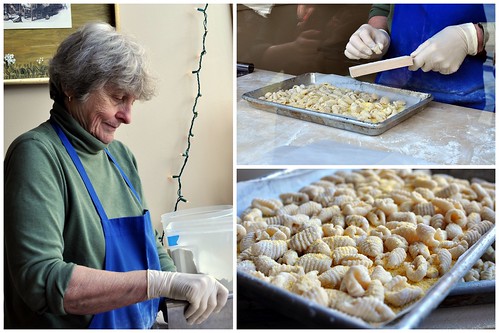 While waiting for our turn, I noticed a woman making pasta through the window. We fortuitously came to Salumi on a Tuesday, when handmade gnocchi appears on the bill of fare. Nothing whets the appetite like the sight of freshly made pasta. 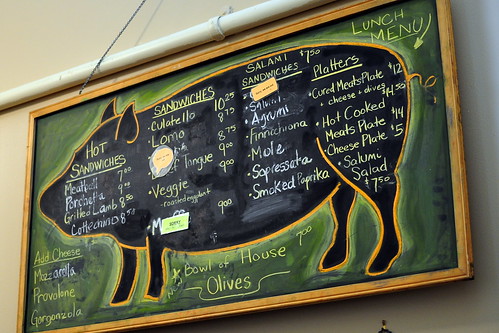 Armandino Batali opened Salumi after retiring from a career at Boeing as a process-control engineer. His products are a blend of old and modern. Cotto, lardo, and guanciale are on hand to satisfy traditionalists, while unusual flavors like curry and mole are available for those seeking innovation. The Astronomer and I had a difficult time deciding which route to take, so the patient women working behind the counter offered samples of each flavor. Sorry for holding up the line, folks! 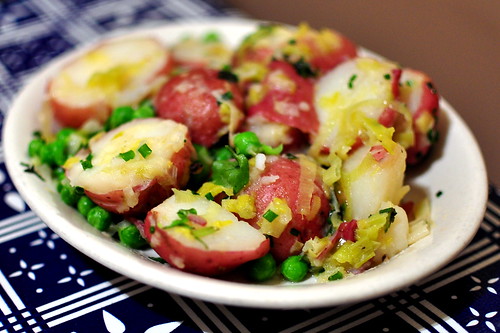 Since there are only a handful of seats available inside the store, most customers take their sandwiches and pastas to go. Luckily, two chairs opened up right as we finished placing our orders. The first dish to arrive was the vegetable of the day, new potatoes with peas, mint, and watercress ($6.50). The ingredients were very fresh and simply prepared. There was little to dislike about this straightforward and hearty plate. 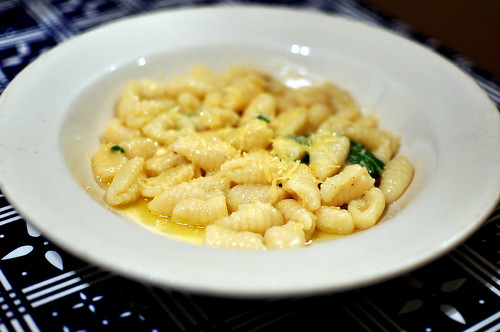 The highly-anticipated fresh gnocchi ($9) arrived next. Dunked in boiling water for a hot minute and sauteed with browned butter and sage, the ridged dumplings were light and lovely. I’d line up every week for a hit of gnocchi if I were a Seattleite. 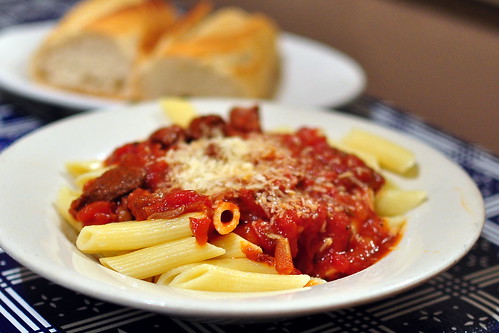 The boxed penne ($9) didn’t have the cache of the gnocchi, but the lamb ragu atop it made up for any shortcomings. The flavor of the tomatoes was bright and tangy, while the lamb was tender and plentiful. 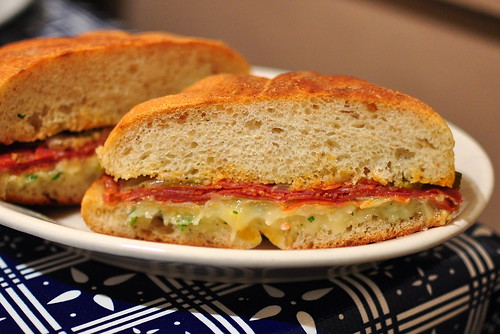 We packed up the bulk of our warm and toasty hot sopressata sandwich with fontina cheese  for the road. While our plane mates were munching on stale peanuts, we dug into this monstrosity. Spiced with cayenne and garlic, the thinly sliced sopressata flavored the entire sandwich. The olive bread was plushy and fragrant.

Since this post started off with a saying, I’d like to end with another. Anais Nin once  famously said, “We write to taste life twice, in the moment and in retrospection.” Thank goodness for blogging, because it’s been fabulous reliving every meal from my trip to The Emerald City. Damn, I ate well!