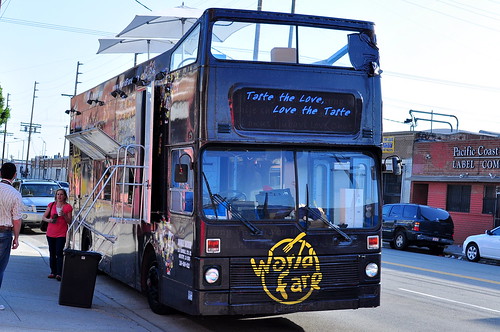 In a crowded market like the Los Angeles mobile food scene, it’s tough to differentiate one truck from the next. Each one has a clever name, a nifty logo, and a bill of fare that sounds tastier on paper than it actually is in person. However, the debut of the World Fare Bustaruant was different enough to turn some jaded heads.

Instead of a traditional roach coach, Travis Schmidt and Jason Freeman bought a vintage double decker bus. And rather than fusing a random cuisine with Mexican fare, they introduced something totally different—South African “bunny chow.” The Astronomer and I, along with Donna of Dishy Goodness, ran into the bustaurant after a long day of powwowing at the Food Blogger Forum. Even though dinner plans were around the corner, the lure of testing out a well-regarded truck proved too enticing to resist. 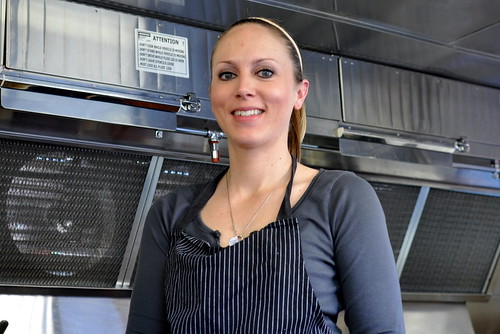 After four years as Corporate Executive Sous Chef for the Michael Mina Group and two seasons as sous chef in Gordon Ramsay’s “Hell’s Kitchen,” Andi Van Willigan hopped on board the bustaurant to man the moving stoves. The bus’ two tiers are utilized to the fullest—there’s a (relatively) spacious kitchen for the chef and a rooftop dining space for customers. 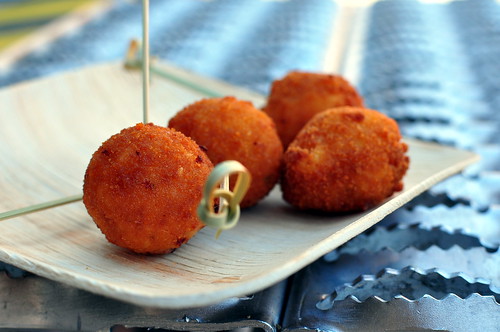 We started off  with a complimentary order of Truffle Mac and Cheese Balls ($3). For me, the best part of a mac and cheese experience are the bites with a few gooey noodles and lots of crunchy breadcrumbs. Thus, these crisp balls were totally to my liking.  The truffle essence was a nice bonus. 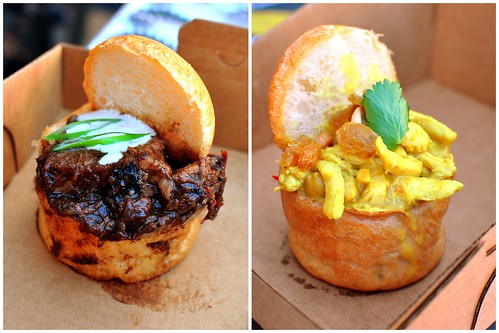 From what I understand, bunny chow is of Indian origin, but is considered a South African dish. It’s comprised of hollowed-out bread filled with savory stews and curries. The Short Rib Bunny ($4) with Worcestershire braised short ribs and horseradish crème fraiche was as hearty as anticipated and seasoned just right. “The Original” Bunny ($4) with chicken curry, coconut milk, chickpeas, cashews, raisins, and cilantro tasted like a mild Thai curry. There wasn’t a lot of heat to it, but the spices and flavors were robust. Bunny chow is the kind of stick-to-your-bones comfort food that makes me smile. 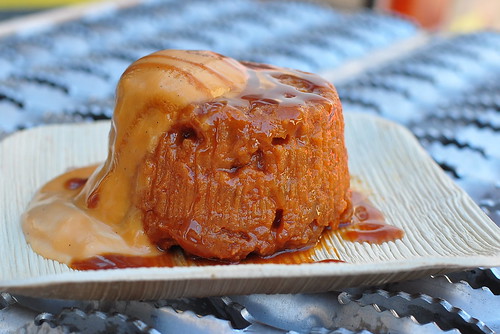 Lastly, we dug into a decadent and delightful butterscotch bread pudding ($3). It was heavy, yet heavenly.