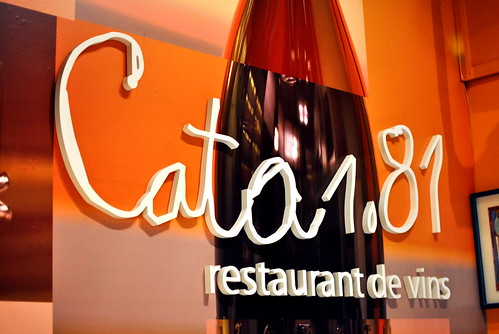 After days of indulging in stick-to-your-bones traditional Catalan fare, The Astronomer and I were ready to sample some of the region’s modern cooking. We hoped to visit Albert Adria’s Bar Inopia and Carles Abellan’s Comerç 24 to satisfy this portion of our culinary itinerary, but we were turned away when we visited. A note to travelers similarly guided by their stomachs: you’ll have to arrive early to get a seat at Inopia, and for Comerç 24 you should make a reservation several weeks in advance.  It’s also best to visit the city on Tuesday through Saturday to avoid limited restaurant options. 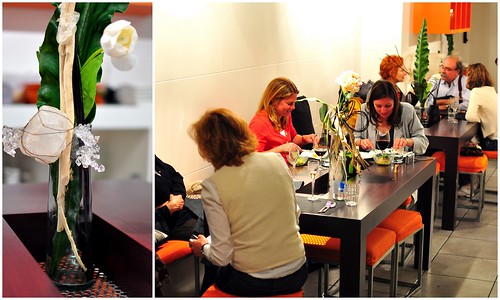 Fortunately, a great dining alternative is never far away in a food-centric city like Barcelona. After a bit of research, The Astronomer suggested that we head to Santi Olivella’s Cata 1.81. Slightly larger than a shoebox, Cata 1.81  is a pioneer of modern tapas. The restaurant is also known for its stellar wine collection and market-influenced menu.

The dining room is bright white with even brighter orange accents. I loved that every table was carved out in the center to create a sturdy well for wine bottles, decorative floral arrangements, and even the bread basket. 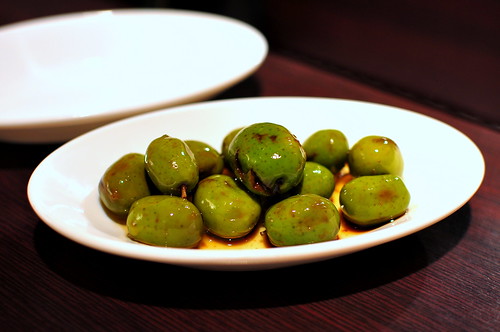 The Astronomer and I were served a mountain of olives during our two and a half week stay in Spain, but none tasted as delicious as the ones served here. The language barrier kept us from getting the full story on how they were made, but we had an inkling that soy sauce was the secret ingredient that took off the olives’ characteristically briny edge. 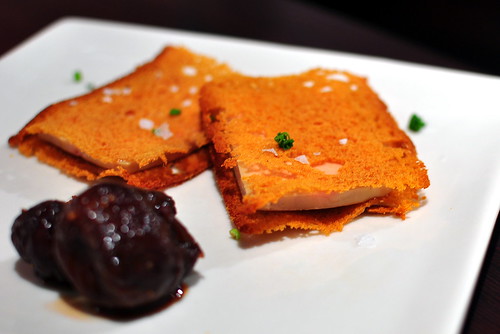 Our first official course was the foie gras (9.50). Sandwiched between the lightest, thinnest, and crispest of toasts, the foie gras tasted delightfully smooth and rich. The coarse sea salt atop the bread and the stewed figs on the side offered the perfect complements. I have yet to encounter a cold foie gras preparation paired with salt and fruit that I did not adore. 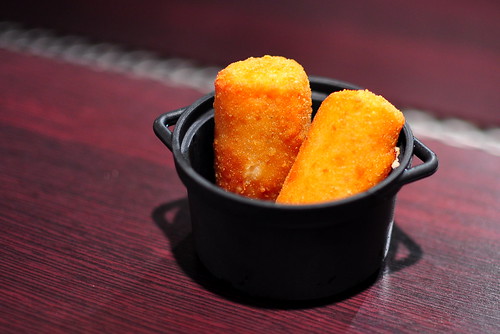 The Astronomer could not resist ordering the croquettes with chicken and onion (2.35€) from the “snacks” portion of the menu. The two deceivingly simple looking nuggets were golden on the outside and silky like you wouldn’t believe on the inside. 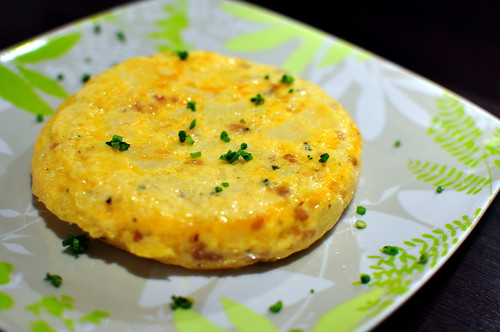 I insisted on ordering the Spanish tortilla (5.25€) because we had yet to enjoy one during our trip. This one contained slices of potatoes and was perfumed with black truffles. 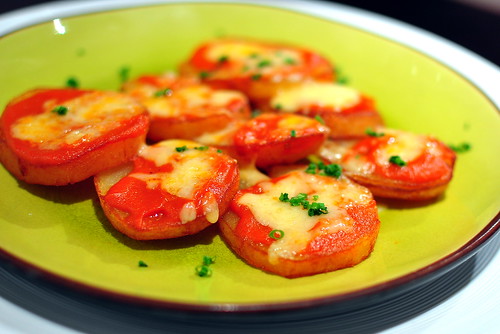 It didn’t feel right ordering an army of tapas without including our old favorite, patates bravas (5.50€). Smothered in a spicy tomato sauce and sprinkled with chives, the discs had a most luxurious consistency. 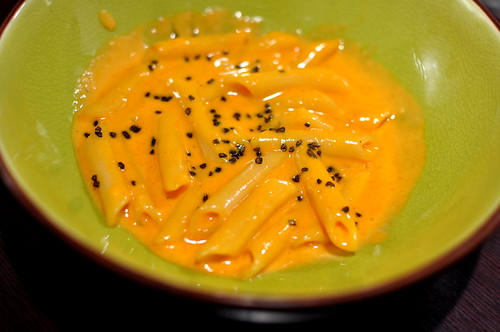 The Astronomer and I weren’t sure what to expect when the orange-tinged bowl of  macaroni with white chocolate and “sobrasada” (5.95€) arrived, but after one fork-full, we were sold on the the savory prowess of white chocolate. The black salt expertly tempered the sweet and smooth sauce. 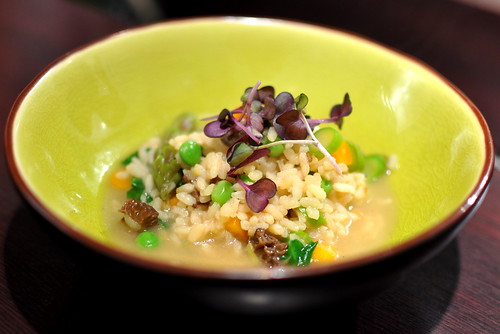 My least favorite dish of the night was the Morel mushroom risotto (9.05€), mostly because its flavors were mild and its consistency was soupy. I think I would’ve appreciated it more had it not followed such a bold and innovative dish. 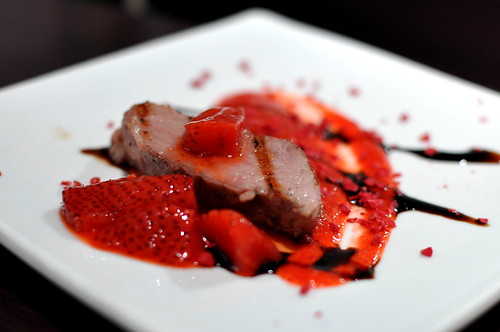 The final savory course was an Iberian sirloin with strawberry gel (9.50€). It turns out that strawberries and pork go quite excellently together, especially with a confetti of dehydrated berries in the mix. 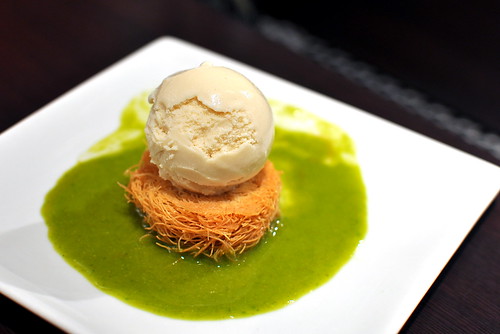 Our first dessert was a crispy nest topped with honey ice cream resting in a pool of orange blossom and pistachio (5.95€). I appreciated the dish’s unique combination of flavors and textures, but didn’t fall out of my chair with excitement over it. 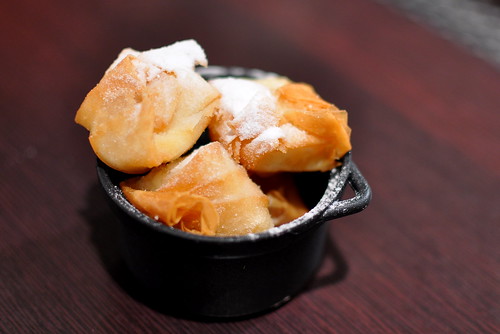 I felt the same way about our second sweet, “crunchy balls” filled with yogurt and honey (4.95€)—it was deliciously different, but not mind-blowingly so.

Cata 1.81 provided a glimpse into Barcelona’s modern Catalan scene, but I left the city feeling like I’d barely scratched the surface of the genre. Next time around, I’m hitting the streets from Tuesday to Saturday because there’s nothing sadder than a closed restaurant and an empty stomach.