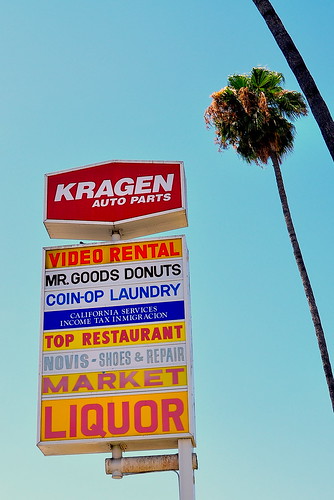 The Astronomer and I moved into new digs a month ago, and since then we’ve been slowly exploring and tasting our ‘hood. The apartment is only a mile away from the old place,  but the vibe here is totally different. For starters, the lawns aren’t manicured to perfection, and the streets have a grittier feel. And instead of bumping into school children and Caltech sidewalk cyclists on my morning walk to work, it’s angsty PCC students and a few random bums. Call me crazy, but I like this part of Pasadena much more. 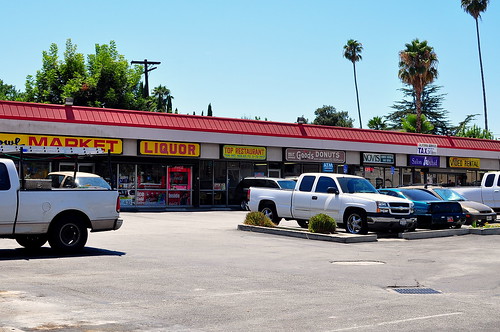 I spied Top Restaurant on my inaugural walk to work and chuckled a little at how pathetic it looked. The signage boasting Thai and Indonesian food was missing a few letters, while the interior was a mess.

As soon as I arrived at my desk, I looked up the restaurant on Yelp and was surprised to find that it was somewhat well-liked and not universally panned. However, I was warned by fellow Pasadenian Jonathan Gold that their fare was super-basic, like something your kid brother cooked in college.  Still, I was hopeful. 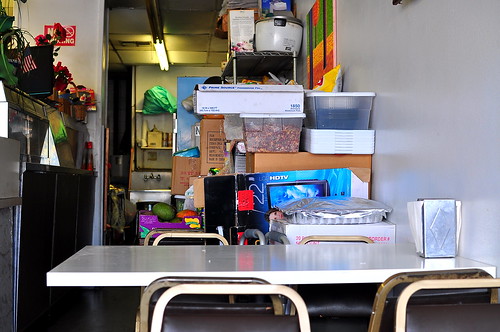 I gathered up two brave pals, Kung Food Panda and Roaming Belly, to test out Top Restaurant with me on a random weekday afternoon. I was the first to arrive and was seated promptly. Not counting the two ladies running the joint, there wasn’t a single other soul in the house. 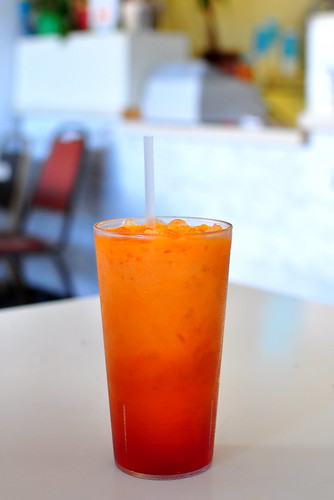 When Danny and Amy finally arrived, we started off with tall glasses of Thai iced tea. There was a teeny tiny bug in mine, but other than that, it was all good. 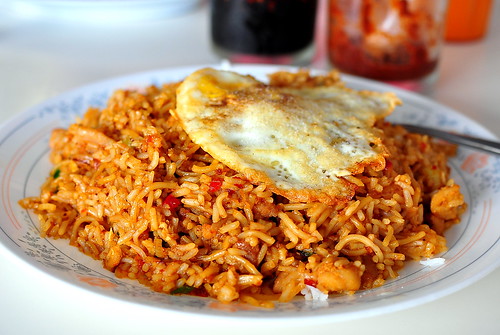 We ordered three dishes to share family style. The first to arrive was the nasi goreng mawut ($7.50). In Indonesian and Malay, nasi means cooked rice and goreng means fried. It arrived with a fried egg on top.

The two qualities that stuck out most about this fried rice were the inclusion of short egg noodles and a strong essence of shrimp paste. For me, both elements made for an all-around more interesting and tasty fried rice. Amy, on the other hand, found the flavor slightly too strong and had to combine it with plain white rice to mellow it out. 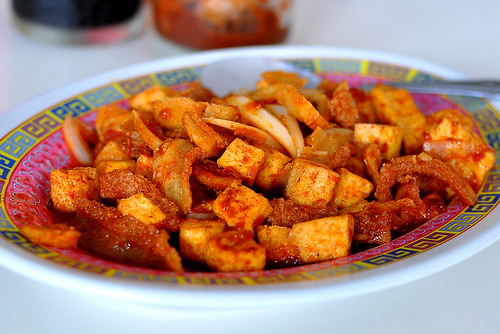 The next dish to arrive was the babat gongso ($7), which consisted of strips of beef tripe and firm tofu sauteed in a spicy chili sauce. The flavor of shrimp paste stood front and center once again. The tripe and tofu soaked up the bold flavors like a sponge. 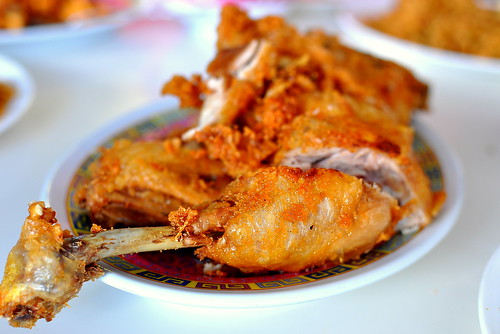 The final dish was ayam goreng istimewa ($7.50), described as “Top’s special crispy fried chicken” on the menu. Whereas the two earlier dishes were aggressively seasoned, this one was relatively mild. I probably would’ve found it bland had my body not been assaulted with sodium and shrimpy fermentation moments before. Seasoning aside, the meat was juicy and the outer fry was crisp enough. It wasn’t the greatest fried chicken in the world, but it was definitely far from the worst.

I was expecting Top Restaurant to be a horrific dump, but was pleasantly surprised by how palatable the food turned out to be. Expectations are a funny thing when it comes to food, especially in Pasadena.