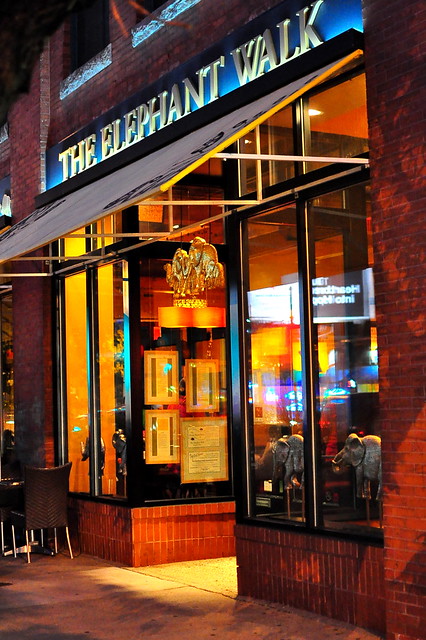 On our final night in Boston, The Astronomer’s aunts Monique and Mary took us out to dinner at one of their favorite local restaurants, The Elephant Walk. It had been nearly three years since our bellies were treated to authentic Khmer flavors, so we were beyond excited to sit down for a meal at this highly-lauded restaurant. Rounding out our party was The Astronomer’s sister Rosalind, his cousin Sebastian, and Sebastian’s girlfriend Josie. 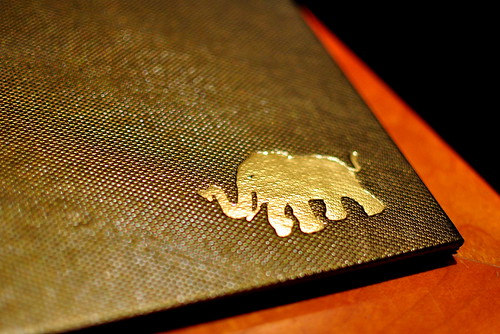 Longteine “Nyep” de Monteiro, the founding chef of The Elephant Walk, didn’t plan on a culinary career. After fleeing to France in 1979 to escape the Khmer Rouge, she had to draw upon the fundamentals of Cambodian cuisine that her mother taught her in order to support her family.

Nyep joined her daughter Nadsa in the U.S. in 1990 and opened the original Elephant Walk one year later in Somerville, just north of Boston. The restaurant currently has three locations in Boston, Cambridge, and Waltham Center. In addition to upscale Cambodian food, The Elephant Walk’s menu also features classic French dishes. 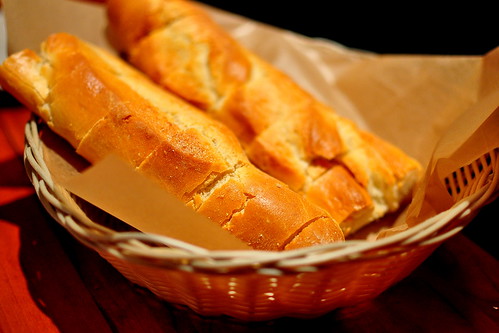 While waiting for our appetizers to arrive, we were served baguettes with softened butter. The loaves were crisp, crusty, and warm, and provided a great start to our supper. 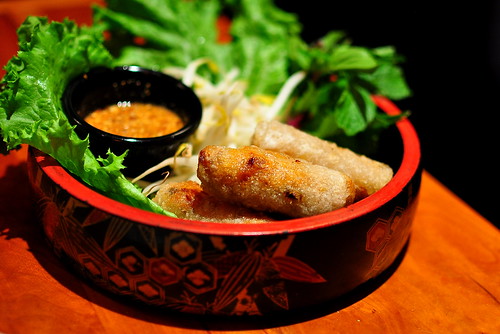 Monique and Mary insisted that we start with a few orders of their two favorite appetizers—Rouleaux ($8.95) and Nataing ($7.95). These small bites turned out to be some of the tastiest dishes of the evening.

The Astronomer and I agreed that the Rouleaux (Cambodian egg rolls filled with pork, peanuts, noodles, carrot, and onion) were the best egg rolls we’d tasted since departing South East Asia. The rolls were the perfect size and boasted beautifully blistered rice paper skins, just like the cha gio my great aunt Ba Sau used to treat us to in Saigon. The Rouleaux were served with greens and herbs for wrapping and tuk trey for dipping. 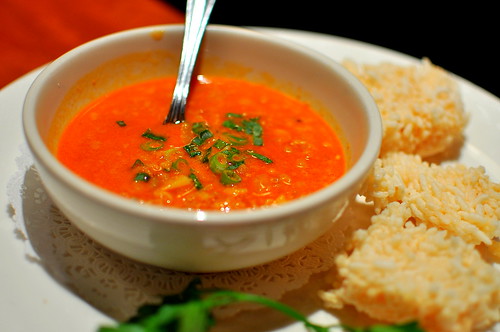 The Nataing was comprised of ground pork simmered in coconut milk with garlic, peanuts, and chilies. The rich and creamy brew was served with squares of crispy rice. I loaded my cakes with a messy amount of the sweetly-tinged sauce and eagerly went in for a taste. I was instantly taken aback by how the dish’s bright flavors were enhanced by the bold crunch of the vehicle. 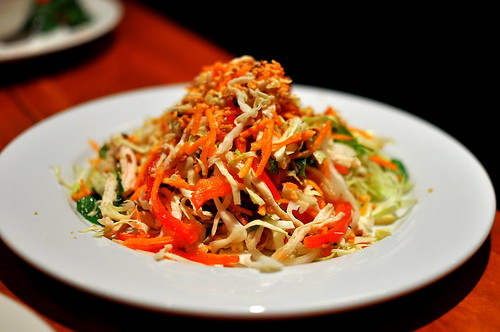 Our final appetizer was a light and refreshing Salade Cambodgienne ($7.95). It was made of cabbage, carrot, red bell pepper, onion, crushed peanuts, mint, basil, and chicken. The crunchy and herbaceous mound of greens were dressed in a tuk trey, the nuoc cham of Cambodia. 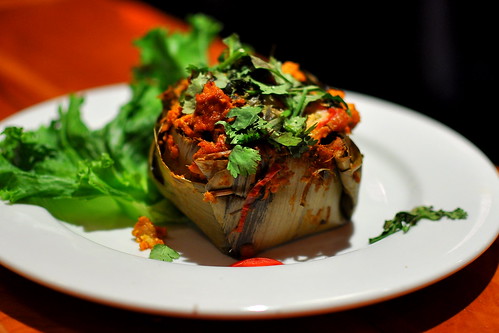 For the main course, each member of our party chose an entree to share. I selected the Amok Royal ($18.95), a quintessential Cambodian dish. The Elephant Walk’s version looked like the amok that I loved in Phnom Penh, but the consistency and flavors were totally different. Here, fresh crab, shellfish, and grouper were steamed to a custard-like texture, and the predominant flavor was shrimp paste. Try as we might to embrace its funky qualities, the amok‘s profile turned out to be too pungent for our tastes. 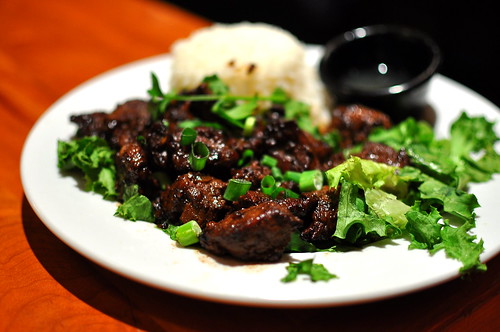 The Loc Lac ($18.50), on the other hand, was savory and well-balanced. The cubed beef tenderloin, which was liberally marinaded with black pepper, garlic, and soy sauce, was evenly caramelized and unquestionably tender. 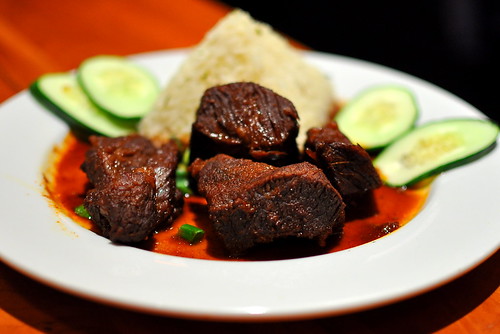 Another terrific dish was the khar saiko kroeung ($15.95), one of the evening’s specials. It was comprised of boneless short ribs braised in a sticky coconut juice and tamarind sauce and served with wild lime rice. 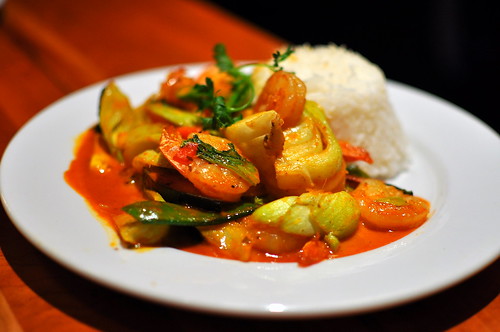 The final three entrees were a blur of sweet curries. While the ingredients varied from plate to plate, the spicing tasted very similar, especially when eaten in close succession. First up was the Curry de Crevettes ($17.95) with shrimp, asparagus, baby bok choy, eggplant, snow peas, red bell pepper and yellow squash… 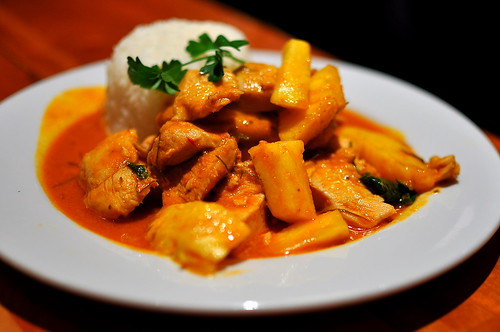 …then there was the Poulet Dhomrei ($16.95) with sliced chicken breast sauteed in a lemongrass and kaffir lime sauce with fresh pineapple and basil… 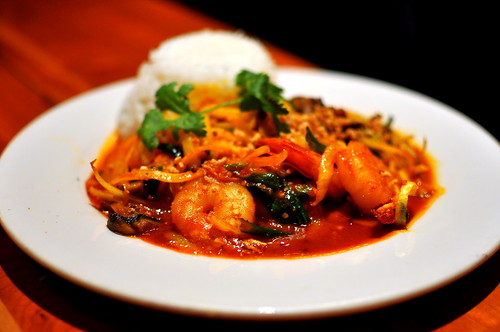 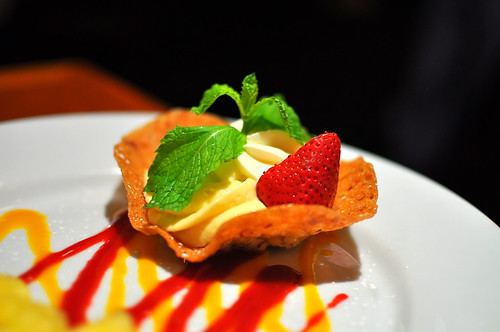 For dessert, The Astronomer and I managed to make room for the Mousse aux Fruits de Passion ($8). The smooth, cool, and tangy passion fruit mousse was served in an almond lace cup and garnished with fresh pineapple crushed in dark rum, sugar, and lemon juice.

Never in a million years would I have guessed that such carefully made Cambodian food would be found in the Boston area. I guess it’s the surprises that we encounter on the road that keep traveling fresh and open our eyes to the world of possibilities. [A special thank you to M & M for introducing us to the awesomeness of The Elephant Walk!]