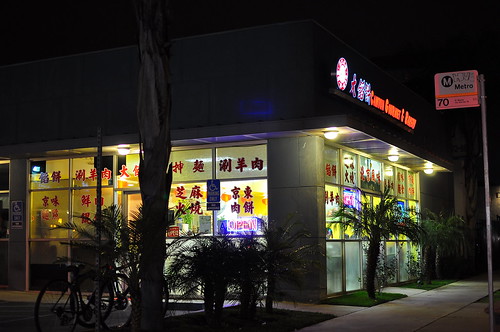 Under normal circumstances, I would have followed up the five-course bacon feast aboard the Lardon Truck with a healthful dinner of vegetables and grains. However, since it was the first day of the new year, and my mom was in town to celebrate, I thought it would be more festive and delicious to continue the greasy streak into dinner.

So instead of digging into wholesome greens and fibrous barley this evening, our party of three followed Linda Burum‘s footsteps to Monterey Park to dine at Beijing Pie House—a shop specializing in the bready cuisine of Northern China. 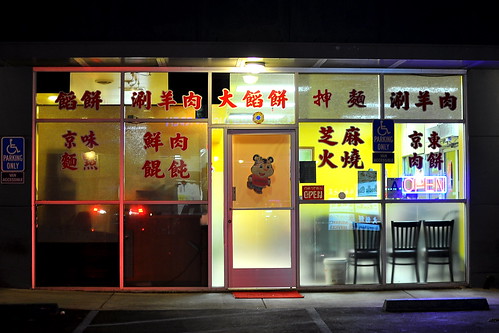 Located across the plaza from Kam Hong Garden, the Pie House lacks proper signage announcing its place in the neighborhood. In fact, the store’s facade still reads “Canton Gourmet Bakery.” Don’t be fooled though—there’s plenty of pie to go around. 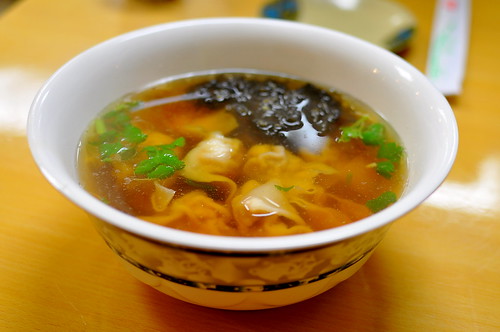 The restaurant was mostly empty when we arrived, so we were seated promptly and presented with laminated menus typed in both English and Chinese.

After perusing the offerings, my mom decided that the shrimp wonton soup had to be hers ($5.99). The dozen or so plump little parcels arrived floating in a steaming hot broth. My mom really liked the delicate wrappers and meaty filling, but had to doctor up the mild broth with a few shakes of soy sauce and chili oil to suit her taste. 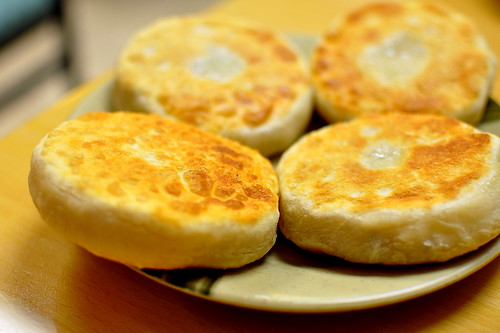 The Astronomer and I helped my mom with a few wontons each, but saved the bulk of our bellies for xian bing. Listed under the “Pie” section of the menu, xian bing are super-sized hockey pucks made of flaky bread and filled with all sorts of good stuff. Each order comes with four pies and is priced between $5 to $7. Our waitress kindly let us mix and match two lamb pies and two “mixed three item” pies ($6.99).

I loved how the “pies” performed like soup dumplings, gushing hot juices with each bite. The liquid scalded the roofs of our mouths on more than one occasion, but it didn’t stop us from going in for more. Both pies tasted terrific, but the lamb pie’s musty innards gave it an edge over the simpler one filled with shrimp, pork, mushrooms, and egg. 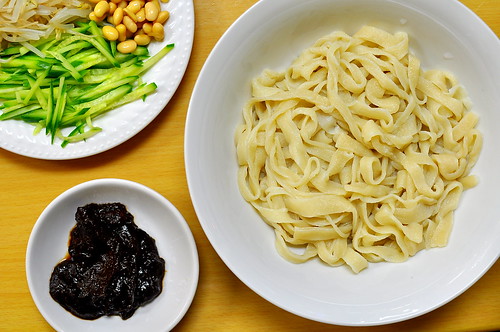 The next dish to arrive was the Beijing-style noodles ($5.99). The dewy hand-pulled noodles were served with a dish of bean sauce, as well as a plate of soy beans, beansprouts, and cucumbers. We poured, mixed, and slurped. It wasn’t the most exciting dish at the table, but it filled our tummies nicely. 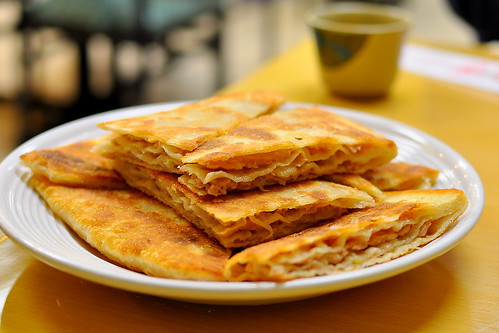 The highlight of our spread was the “homeland meat cake” ($6.99), which is listed under the “Pancake” section of the menu. It consisted of alternating layers of a roti-like bread and mildly spiced pork. As promised by Ms. Burum, each wedge was “a mouthful of kaleidoscopic textural contrasts.” 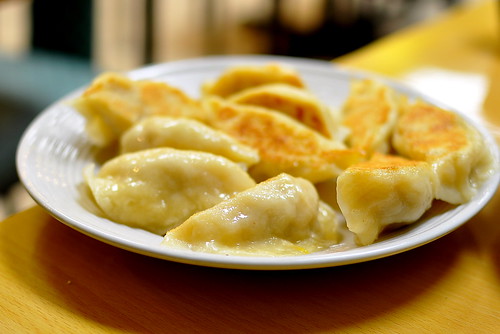 Finally, an order of beautifully seared and generously stuffed pumpkin, pork, and shrimp dumplings ($5.99). The pumpkin added a touch of sweetness to an otherwise savory creation.

Rumor has it that this Sunday is National Pie Day. Might I suggest celebrating at Beijing Pie House? You won’t be disappointed.