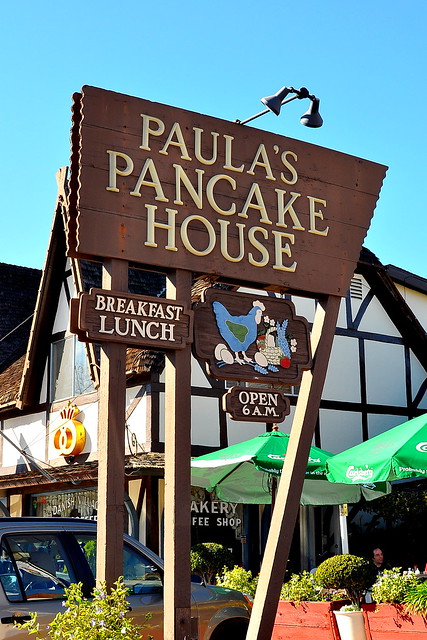 The thing to do in Solvang between waking up and getting tipsy at nearby wineries is to sit down for a Danish breakfast. While the people in Denmark would most likely scoff at the inauthentic fare served in these here parts, no one seems to mind because the ambiance is cozy and the waitresses are clad in traditional Scandinavian get-ups. Or so we kept telling ourselves as we walked toward Paula’s Pancake House, the most popular brunching spot in town. 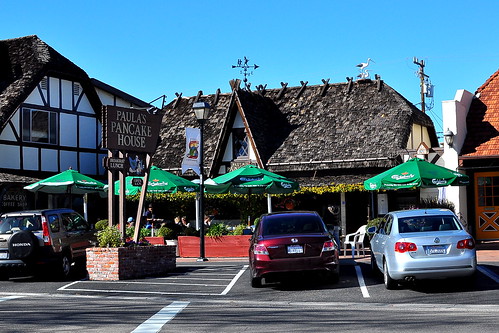 Lang arrived at the cozy cottage before The Astronomer and I did and snagged a table on the sunny patio. Soon after we joined him, waters and menus were dropped off. 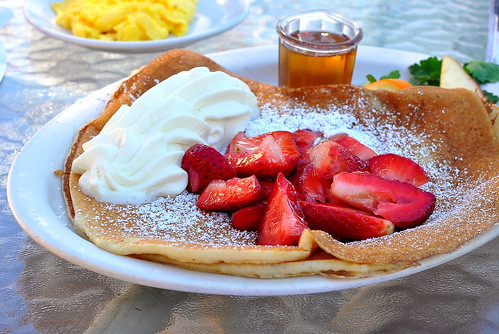 I ordered the Paula’s Special ($8.75), which included two Danish pancakes topped with fresh strawberries and whipped cream. The pancakes were larger and thinner than traditional ones, but tasted more or less the same as a box of Bisquick. I wasn’t expecting the pancakes to bring on any fireworks, just something more unique than a super-sized version of traditional American pancakes.  On that front, I was sorely disappointed. The strawberries and whipped cream, on the other hand, met and exceeded my expectations. 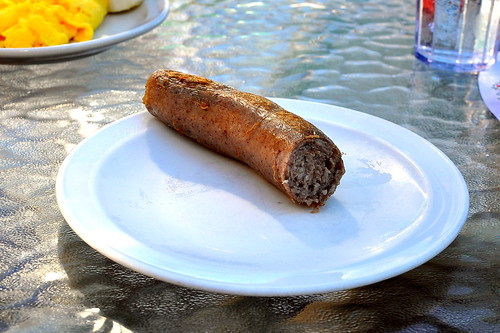 To supplement my platter of pancakes, I ordered a Danish sausage ($4.25). The lonely link was delivered on a plate, slightly lukewarm. Whereas American breakfast sausages are usually savory, this Danish specimen was peppered with cinnamon and other sweet spices. Even though the casing had a decent snap and the flavors were appealing, I wouldn’t drop another $4.25 to experience it again. 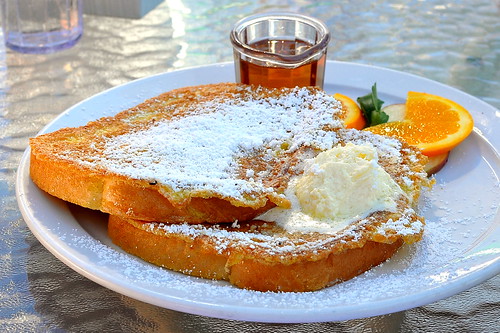 The Astronomer’s French toast ($6.95) looked kind of scrawny, but the execution was right on. The edges were crisp and caramelized, while the innards were eggy and pliable. 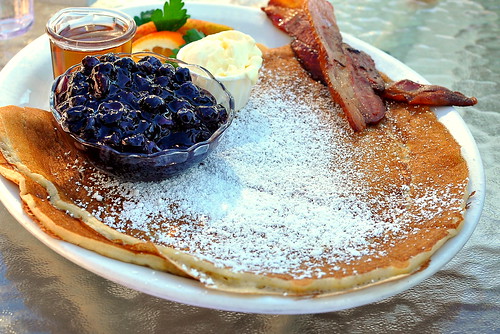 Lang ordered the Danish Pancake Combination ($9.95), which included two pancakes, bacon or sausage, and two eggs. He added a side of fresh and sweetened blueberries ($2.75). Our friend had spent the morning hours cycling nearly a hundred miles from Buellton to Santa Barbara and back, so everything on his plate tasted like a million bucks.

Now that I’ve gotten this Danish breakfast bug out of my system, I’ll go straight from waking up to boozing from here on out. There’s no reason to pause for a mediocre, overpriced breakfast. Not even at Paula’s Pancake House.