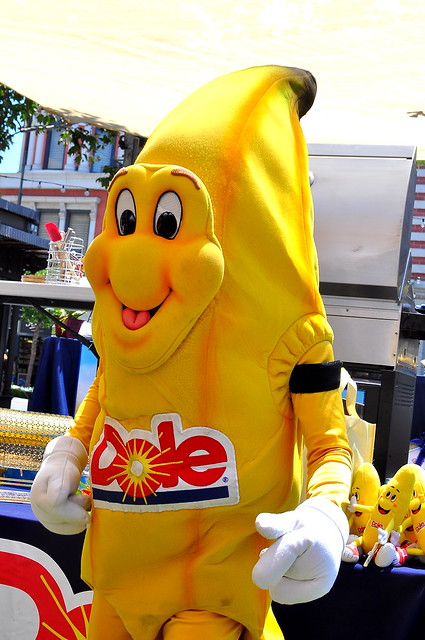 Last year’s Dole California Cook-Off was a little on the traumatizing side. It was supposed to be a cushy gig serving as sous chef to one of the finalists, but my partner Harold from Florida proved to be quite a handful (and then some). Needless to say, it was the longest hour of my life. Even though I was paired with a less than ideal partner, I still managed to have a really good experience thanks to my friend Alice and the team at Dole.

This past weekend, I was invited back to participate in the annual cook-off. This time around, I was promoted to the judging table and didn’t have to chop nothin’ for nobody. Woo hoo! 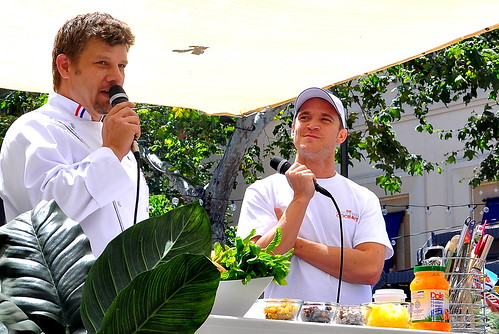 Fellow judge and Dole culinary ambassador Chef Ben Ford kicked off the event with a cooking demonstration. He prepared a grilled pork tenderloin with a Mediterranean-inspired fruit chutney. Chef Ford imparted a plethora of tips upon the crowd as he worked through the recipe. I learned that brining meat not only keeps it moist, but speeds up the cooking process as well. 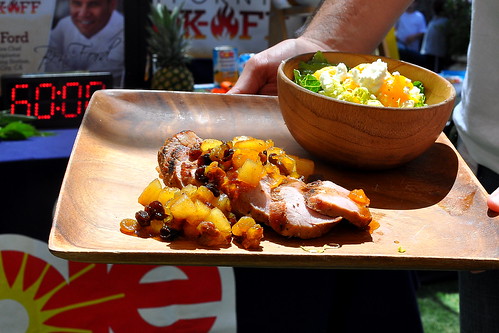 After the dish was finished and plated, The Astronomer and I each had several slices. We really liked how the spiced pear and apple chutney paired with the pork. It tasted a little like Christmas time. 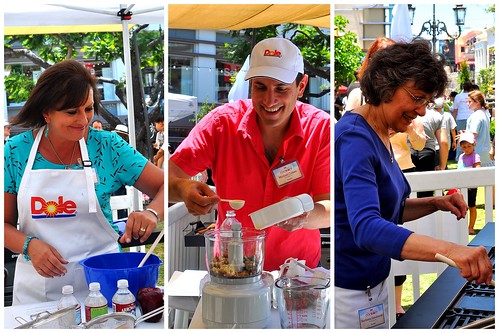 Soon after the demonstration, it was time for the cook-off to begin! The three finalists were given sixty minutes to prepare and plate their dishes. From left to right, Mary Shrivers of Ada, Oklahoma; Michael Cohen of Los Angeles, California; and Barbara Estabrook of Rhinelander, Wisconsin. 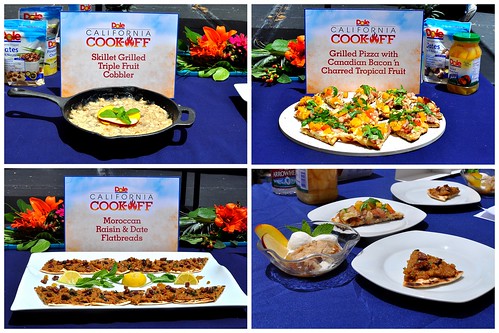 Sixty minutes was more than enough time for all of the contestants to prepare their creations on the grill. Mary Shrivers made a “Skillet Grilled Triple Fruit Cobbler,” Barbara Estabrook made a “Grilled Pizza with Canadian Bacon ‘n Charred Tropical Fruit,” and Michael Cohen made “Moroccan Raisin ‘n’ Date Flatbreads.” Now, it was time to judge! 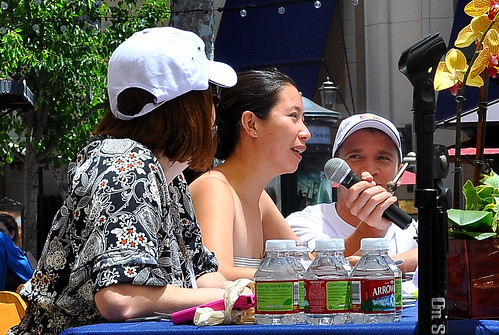 The judges were served a small portion of each dish to evaluate presentation, use of Dole products, and overall taste. My two favorites were the triple fruit cobbler (the topping was impressively crunchy and the filling just sweet enough) and the Moroccan flatbread (the spicing was spot on and I really liked the slight heat). Out of thirty points possible, I assigned the cobbler 29 and the flatbread 28. 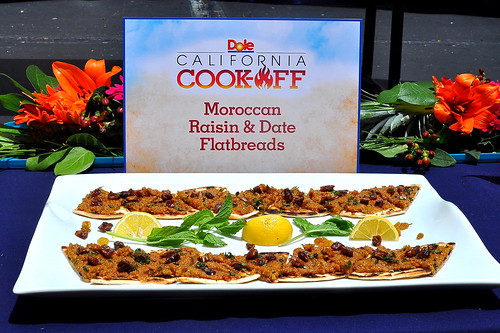 After all of the other judges’ marks were tallied, the winner was announced—Michael Cohen’s Moroccan Raisin ‘n’ Date Flatbreads! [By the way, Michael Cohen is the son of THE Harold from last year’s competition. Crazy coincidence, right?]

Even though I had the cobbler coming in first, I thought that the flatbread was a sophisticated and worthy winner of the grand prize. 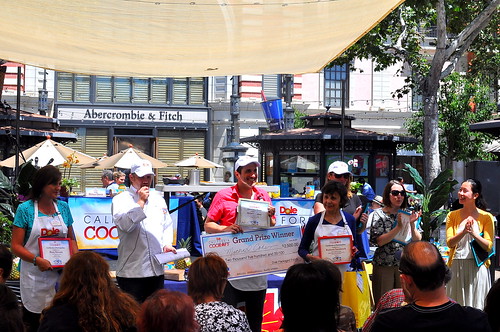 The winner was presented with a check for $2,500 for his recipe development and flawless execution. Congrats, Michael! Here is the grand prize-winning recipe:

Preheat gas grill with lid down to medium-high heat.

Heat flatbread on grill 3 to 4 minutes. Remove from grill and place on large cutting board, turning each over. Spread heated sides of flatbread evenly with raisin mixture. Sprinkle each with chopped dates. Return to grill and cook with lid down, 4 to 5 minutes longer.

Remove from grill onto cutting board. Sprinkle with chopped mint. Cut each flatbread into wedges. Garnish with additional raisins, dates and parsley sprigs, if desired.

Thank you to Dole and Rogers Ruder Finn for including me in the festivities! I had a ball at the mall.