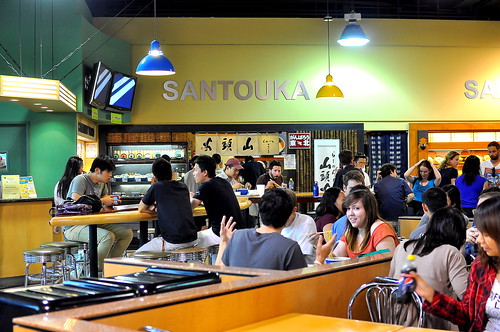 It’s ninety degrees outside and close to eighty inside, which explains why I’m having a difficult time finding the words to describe a bowl of noodle soup at the moment. My creative juices are primed to wax poetic about something cool and creamy, but instead I must focus on something hot and steamy. This is a writing exercise in mind over matter.

But then again, the ramen served at Santouka is so good that it defies typical cravings. I’ll take a bowl even when the temperature’s soaring and pearls of sweat are dripping off my brow. Weather like this calls for only the worthiest of noodle soups, and Santouka’s ramen fits the bill. 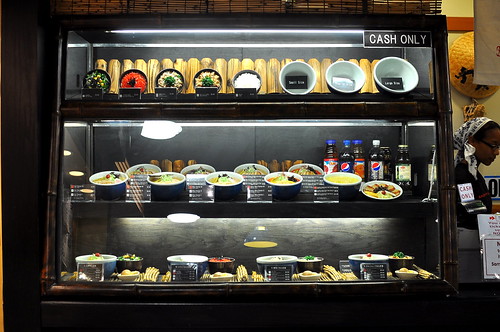 The Astronomer and I visited the westside outlet on a gray and cloudy evening. Even though it was thirty minutes before closing, the food court was still packed with Japanese food goers. The longest line was at Santouka, of course.

Santouka was founded over twenty years ago by Hitoshi Hatanakain. He opened the first shop in Asahikawa on the northernmost island of Hokkaido.  There are currently seven Santouka locations stateside and many more in Japan. 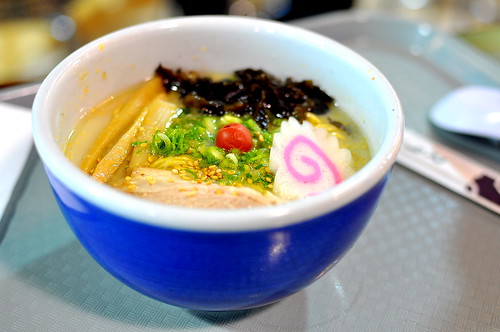 Santouka offers several varieties of ramen, but the signature bowl is the shio or salt ramen. The broth is made from a blend of pork and seafood stock, and according to a fella who goes by the monicker Ramenaiac, an extra layer of oil is added to the soup to keep heat from escaping. The result is a mild and creamy broth seasoned just so with salt.

Atop the bowl were bamboo shoots, woodear mushrooms, a single pickled plum, a slice of fish cake, sesame seeds, scallions, and tender cuts of chashu (pork). 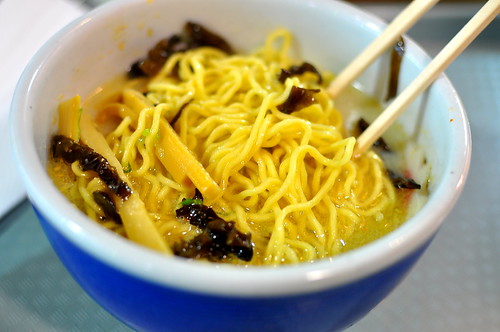 Curly noodles with the slightest bite completed the package. From broth to noodles to garnishes, Santouka’s shio ramen was a well-balanced and beautiful bowlful—one worth enduring a sweat bath to consume, I might add. 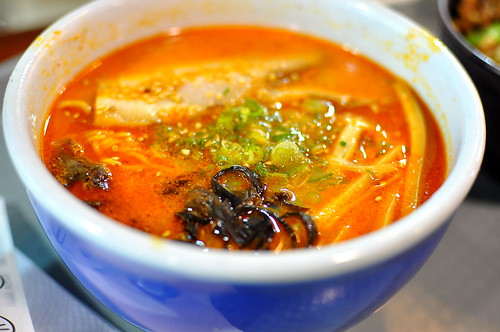 We also shared a bowl of the spicy miso ramen. The base of the soup was the same as the shio, but in place of salt were miso and chili. 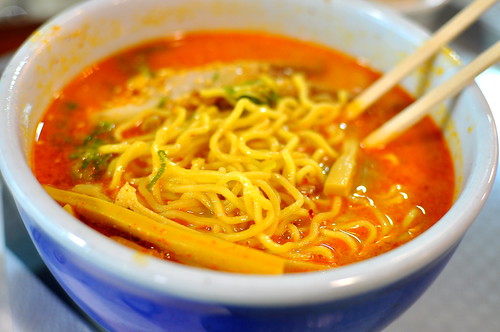 While The Astronomer couldn’t get enough of the shio, I fancied the spicy miso just a touch more. The spicing, which was noticeable but not overwhelming, had an addictive quality that kept my face buried in the bowl for the duration of the meal. 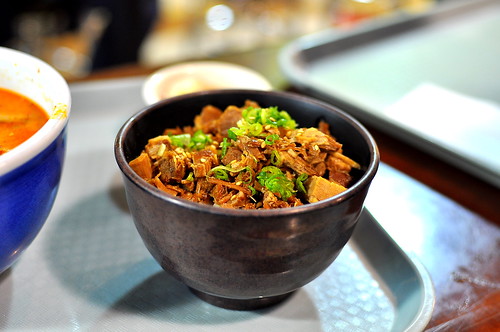 The Astronomer supplemented his ramen with a bowl of rice topped with shredded pork and scallions. He described it as filling but not exceptional, which sounds about right. 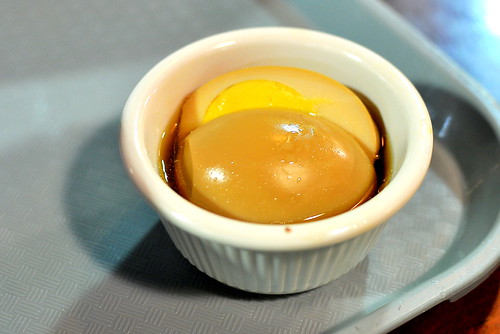 The rice and donburi set also came with a tea egg that I plopped into my bowl, because ramen just doesn’t feel complete without an egg to top it all off.

Put down your ice cream and lemonade. Now is the perfect time for a hot bowl of ramen.