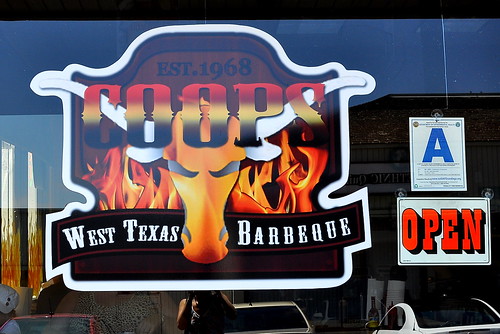 Growing up in the sleepy suburb of Lemon Grove, I would have never thought in a million years that any restaurant located here was capable of attracting a crowd, especially not one of discerning foodie types. My hometown, which is best known for its giant lemon boasting “The Best Climate on Earth,” was a fine place to be a kid, but about as far from a dining destination as one could imagine.

Coop’s West Texas Barbecue popped up in a strip mall two paces from Grandma’s house sometime last October. My family used to order delivery from the Little Caesars directly behind it and rent videos from the space next door that is currently some sort of religious facility. It’s funny to have a personal history with a strip mall. 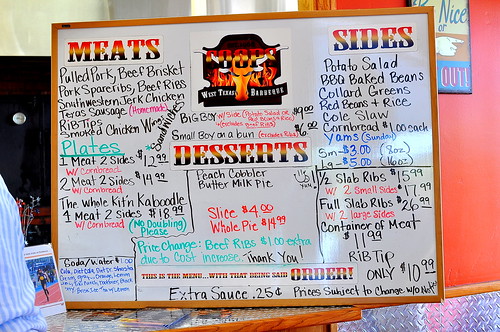 The Astronomer and I drove past Coop’s a dozen times before finally gathering up the troops to try the place. Truth be told, it was favorable Yelp reviews that finally convinced us that the ‘cue here was worthy of exploration. Joining us for lunch were my mom, cousins Phil, Jimmy, Danny, Jackie, and Michael, as well as Michael’s girlfriend.

There was a small line formed at the counter when we arrived, and nearly every table was occupied. Fortunately, two tables opened up just as we were ready to sit. We jammed them together to fit all nine of us. 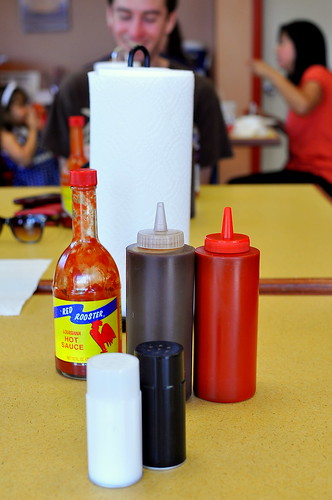 Coop, the restaurant’s chef and proprietor, hails from Midland, and everything here is prepared in true Texas fashion. All of the meats are smoked low and slow in the indoor brick pit-smoker or in the outdoor steel aqua smokers. Mesquite and red oak are used to fuel the fire and to imbue the proteins with that certain something.

Coop serves his meat sauce-less to allow the rubs and natural flavors to shine brightly. Two house-made sauces are available table side for diners to use as they please. Both are molasses and ketchup based—the one in the brown bottle is mild, while the one in the red bottle has a spicy kick. 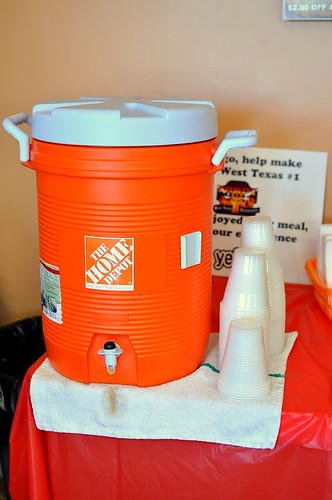 There’s also free sweet tea on offer; I personally found it too sugary, but others seemed to like it just fine. 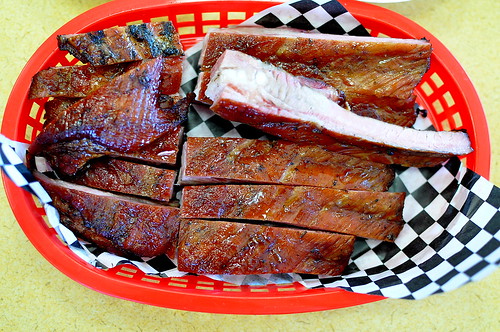 Between my cousins and me, we managed to try nearly all of the meats on the menu. Cousin Jackie went for a half slab of pork ribs with two small sides ($15.99). The meat didn’t fall off the bone, but every bit came off with a little gnawing. According to Coop, that’s the ideal texture for Texas-style barbecue. 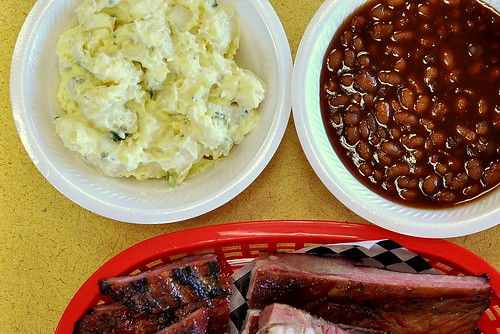 For her sides, Jackie chose the potato salad and the baked beans. The beans, which were cooked in an open pot in the smoker, contained bits of pineapple and a mostly sweet profile. The potato salad was nice and creamy with mashed egg yolks and minced scallions. For “small” sides, these portions turned out to be huge. 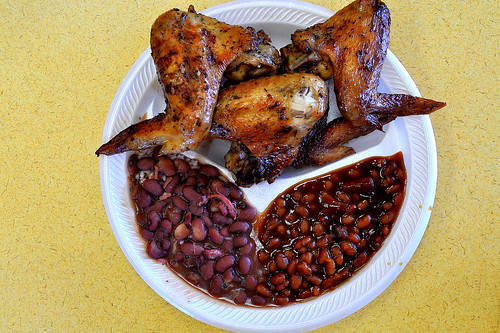 My mom, a wing-lover through and through, could not resist ordering the smoked chicken wings with two sides and cornbread ($12.99). I was too occupied with my platter to sample a wing, but she liked them very much and looked forward to packing leftovers for lunch the following Monday. Sides-wise, she thought the baked beans were too sweet, while the red ones were more balanced. 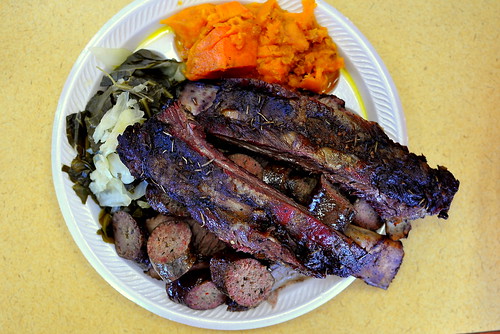 The Astronomer and I shared “The Whole Kit N Kaboodle,” which included four meats and two sides with cornbread ($18.99). For our proteins, we selected the house-made sausage, beef ribs, beef brisket, and pulled pork. We were charged $1 extra for beef ribs due to a price increase. On the side were only-available-on-Sundays yams and vegetarian collard greens.

The highlight of the plate for both The Astronomer and me was the nearly foot-long beef ribs. The herb and spice rub, with its distinct rosemary essence, was totally enchanting. The meat, which had a nice crust and moist meat, came cleanly off the bone. Whereas the beef ribs could hold up without any sauce, the brisket, sausage, and pulled pork required a little somethin’ somethin’ to spruce ’em up.

I wasn’t crazy about either side on our platter, but The Astronomer dug the yams. Next time around, it’s potato salad and baked beans for me. 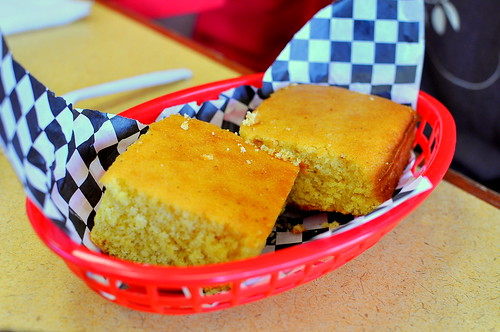 The cornbread here is not made in-house, but it gets the job done. Flavor-wise, it leans more toward Yankee territory with its sweet undertones than classic Southern cornbread. 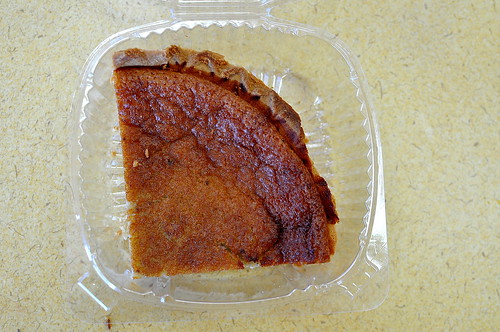 For dessert, we all shared a slice of buttermilk pie ($4). The dense slice offered something sweet to finish, but none of us were feeling the gelatinous, cinnamon-laced filling. 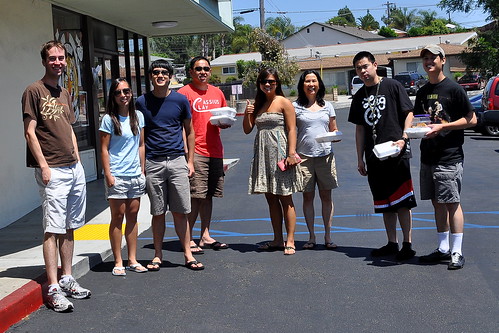 When all was said and eaten, every single one of my dining mates enjoyed their meal at Coop’s. Grandma’s house will always be our go-spot in Lemon Grove, but it’s good to know that there’s a place down the street smokin’ up some very good Texas barbecue. Welcome to the neighborhood, Coop’s! I hope you’ll stay a while.

This post is dedicated to my homies from Mt. Vernon Elementary and Palm Middle School.