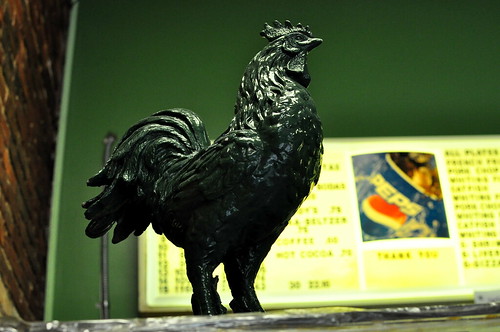 If our schedules and wallets didn’t mind very much, The Astronomer and I would travel to Birmingham once a month to visit family. As it stands right now, we’re only able to head south twice a year—once during the holidays and another time during the summer months.

This summer’s visit came toward the tail end of July, when the weather in Alabama was dangerously sticky and the peaches were amazingly plump. 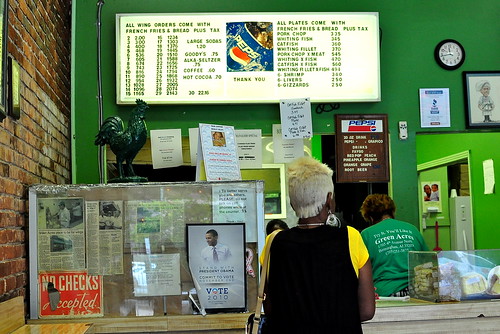 Although most of our meals were eaten at home, The Astronomer and I also explored a few Birmingham dining spots during this trip. We grabbed a quick bite at Green Acres Cafe late one morning after dropping off The Astronomer’s brother at work.

We had a few hours to kill before meeting up with a friend for lunch, so we walked around the Fourth Street Business District scoping out the architecture, history, and restaurants. When I saw that Green Acres was serving up freshly fried gizzards, I could not resist coming in for a taste. 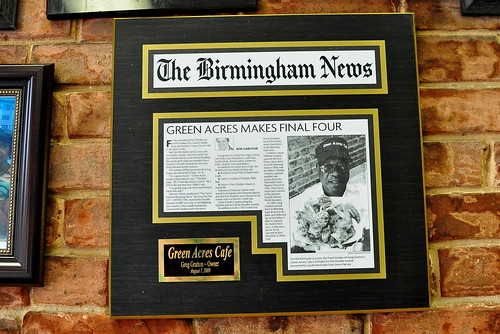 The restaurant is owned by Greg Gratton, whose uncle opened the first Green Acres in 1950. There are currently eight branches around the city.

While waiting for our gizzards to be ready, The Astronomer and I perused the collection of press clips adorning the walls. According to local and national reports, the fried chicken wings at Green Acres are some of the best around. Armed with this new piece of information, I walked up to the counter and placed an additional order. It was the right thing to do. 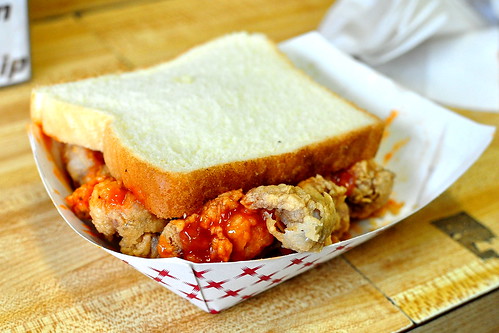 My order of fried gizzards came dished in a paper boat and drizzled in a tangy hot sauce. As is custom in these here parts, a slice of plain white bread was on hand for mopping.

The gizzards, which were coated in a light, crisp, and mostly flavorless batter, had a meaty chew and slight crunch to ’em. Polishing off the entire serving was easier than astrophysics. 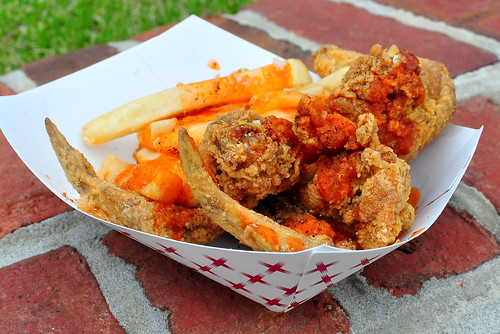 When our wings were finally ready, we took them outside to enjoy. Served alongside the wings were a fistful of fries and slices of white bread (not pictured). The wings were coated in the same batter and hot sauce as the gizzards.

We loved the wings’ crackly, paper thin skin.  Each bite was snappy and sensational. Our only complaint was the lack of seasoning in the batter; the chicken depended on the hot sauce for the bulk of its flavor, which was fine for a saucy girl like me, but not so good for a mild mannered boy like The Astronomer.

We’ve already made plans to return to Green Acres this December with The Astronomer’s mama in tow. She loves chicken gizzards almost as much as I do. 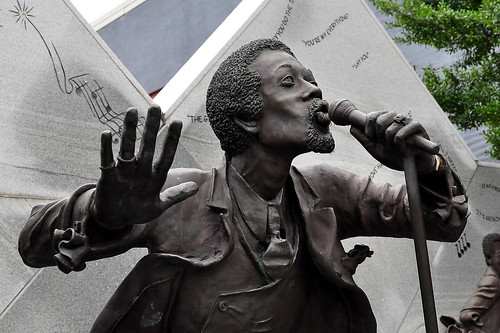 Following our mid-morning snack, we walked around the neighborhood to explore its landmarks. Our first stop was at Eddie Kendrick Memorial Park, a green space dedicated to the Birmingham native and lead singer of The Temptations. I kind of loved that The Temptations’ greatest hits were blaring from the memorial at all angles and hours. 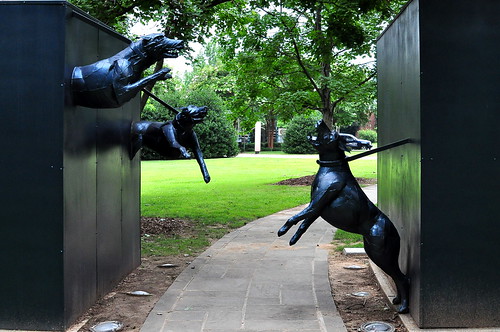 We also strolled through Kelly Ingram Park, which is home to a number of sculptures honoring the Civil Rights Movement. This piece was especially provoking, with a pack of life-sized dogs, sculpted in crude scrap iron, leaping into the walkway. 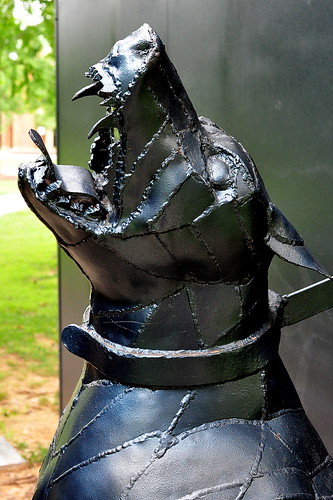 A closeup of the dog’s vicious fangs. 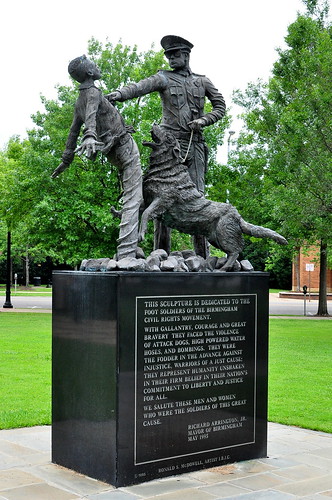 Another moving sculpture depicted a terrified young boy with a police officer at his throat. 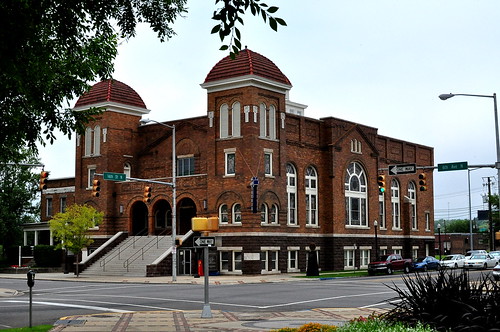 And lastly, we stopped by the 16th Street Baptist Church, which was bombed in 1963 but has since been refurbished to reflect its former glory. The Astronomer and I attended services here when I first visited Birmingham back in 2004. The music and message moved our spirits like you wouldn’t believe!