The Astronomer and I had a most satisfying brunch at Local 360 during our trip to Seattle. We dined here on a whim while walking through Belltown and left thoroughly content with our impromptu choice. Everything from the food to the service to the ambiance was just our speed. 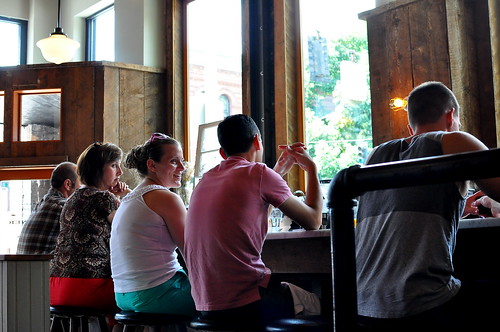 The rustically appointed restaurant was lightly packed on a Sunday. We were seated quickly at a table fit for four and presented with the restaurant’s “Daytime” menu, which is served daily from 9 a.m. to 3 p.m. 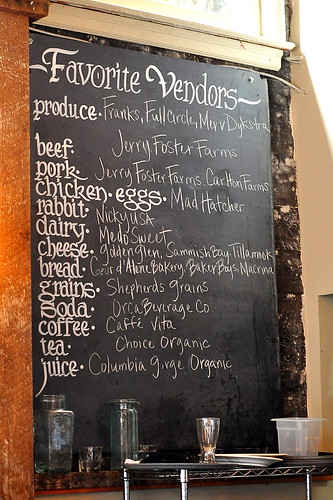 “Local 360” refers to the restaurant’s commitment to sourcing most of its raw ingredients from within 360 miles of Seattle. There are certain items like lemons, limes, and coffee that do not grow in the area anytime of the year, so those are sourced from the closest place possible. 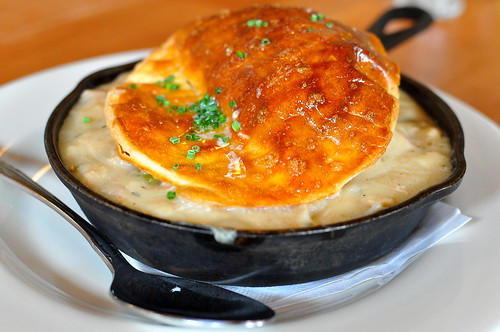 As soon as The Astronomer spied the rabbit pot pie ($10) on the menu, he was dead set on the dish. Rabbit is a not-so-common offering, so when an opportunity presents itself he simply cannot let it pass. Topped with a flaky biscuit slicked with butter, the rabbit stew was a hearty and happy choice for The Astronomer. 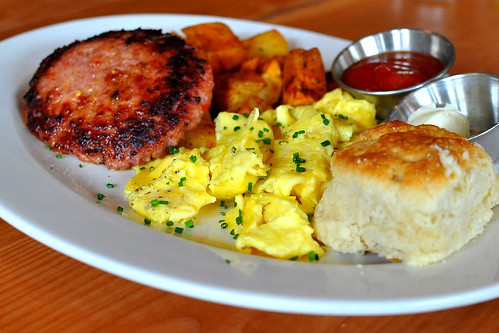 While I usually cannot resist French toast, pancakes, or waffles during brunch time, it was the “Farmers Breakfast” ($10) that called to me this morning. The breakfast platter perfected came with two eggs, a choice of sausage or bacon, home fries, and a biscuit. There was also house made ketchup and peach jam on the side. 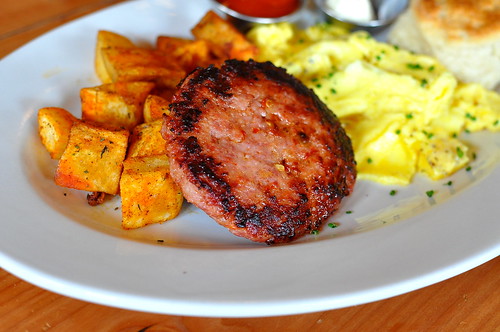 I loved how my eggs were scrambled just right, with soft folds and gentle curds. The potatoes were well-seasoned and crispy edged, while the biscuit was downright buttery. The sausage, which was comprised of ground pork, bacon, chicken, ginger, and a whole lot of spice, made me want to stand up on the table and dance.

Local 360 wasn’t on my Seattle restaurant radar, but it turned out to be one the most memorable meals of the trip. Oh, the sausage!