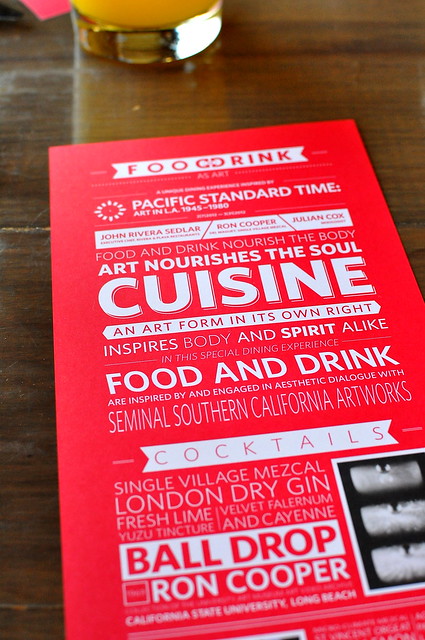 Pssst! Can you keep a secret? From now until March 31, Playa and Rivera are offering a special three-course menu as part of Pacific Standard Time: Art in L.A. 1945-1980, the hugely ambitious initiative that tells the story of the birth of the Los Angeles art scene. 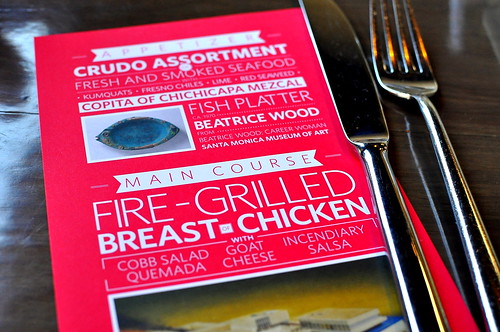 “Art as an Appetizer,” a collaboration between chef John Sedlar, artist Ron Cooper, and mixologist Julian Cox, is a one-of-a-kind menu inspired by artworks featured in Pacific Standard Time.

The secret menu is available for $34 at Playa and at $44 at Rivera during dinner to customers who show proof of admission to any Pacific Standard Time engagement or ask for the “Pacific Standard Time Secret Menu.” I was able to test run the menu this past weekend at a media event held at Playa. 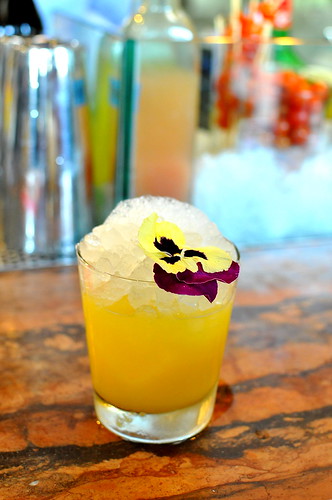 It was inspired by Oscar Castilloʼs “47 Chevy in Wilmington, CA” (1972), which is featured in “Icons of the Invisible: Oscar Castillo” at the Fowler Museum, UCLA. 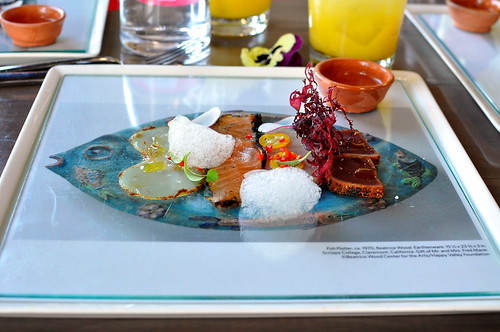 Chef Sedlar’s appetizer, main course, and dessert are served on plates framing the artwork that inspired the dish. Beatrice Woodʼs “Fish Platter” served as a muse for the jaw-droppingly gorgeous first course. 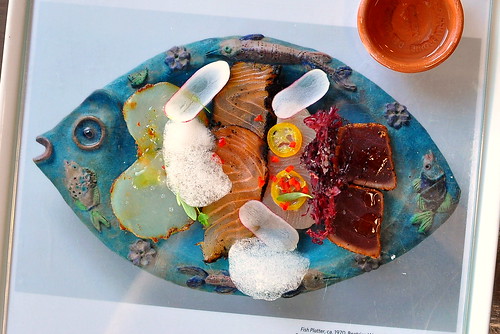 Accentuating the bright blue “Fish Platter” was an assortment of fresh and smoked crudo including scallops, salmon, yellowtail, and tuna accented with kumquats, Fresno chiles, lime, red seaweed, and a copita of Del Maguey Mezcal Vida.

“Fish Platter” is featured in the “Beatrice Wood: Career Woman-Drawings, Paintings, Vessels, and Objects” exhibition at the Santa Monica Museum of Art. 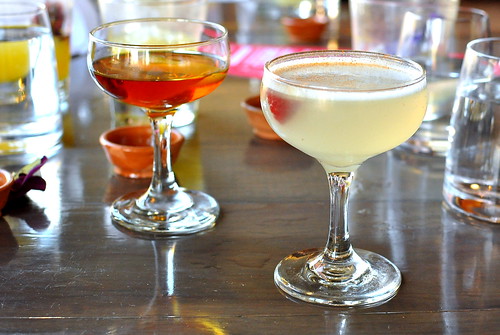 In between the appetizer and first course, I sampled Julian Cox’s two other cocktail creations. The “Ball Drop” (right), which was made from mezcal, dry gin, fresh lime, Velvet Falernum, yuzu tincture, and cayenne, was inspired by Ron Cooperʼs “Ball Drop” featured at the Collection of the University Art Museum Art Video Archive at Cal State Long Beach University.

“Untitled” (left), which was made with mezcal, vermouth, Oloroso, and grapefruit peel, was a beast of a drink and was inspired by Larry Bellʼs “Untitled” featured in the “Phenomenal: California Light, Space, Surface” exhibition at the Museum of Contemporary Art, San Diego. 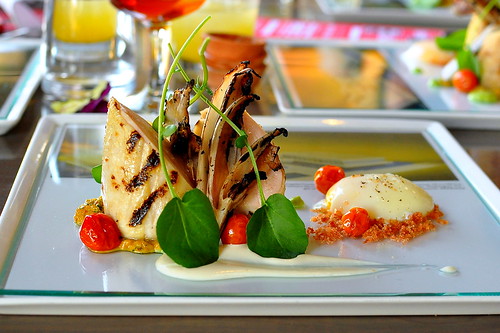 For the main course, Chef Sedlar drew inspiration from Ed Ruschaʼs “Los Angeles County Museum of Art on Fire” featured in the “Crosscurrents in LA Painting and Sculpture 1950-1970” exhibition at The Getty Center. 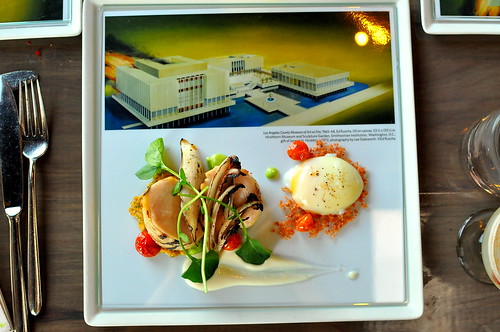 It was comprised of superbly moist grilled chicken breast served with a “Quemado-style” Cobb salad of charred endives, a poached egg, and cherry tomatoes. Streaking the plate was a rich goat cheese and an “incendiary” salsa.

Chicken breast dishes almost always bore me to tears, but this preparation kept me engaged and interested from beginning to end. 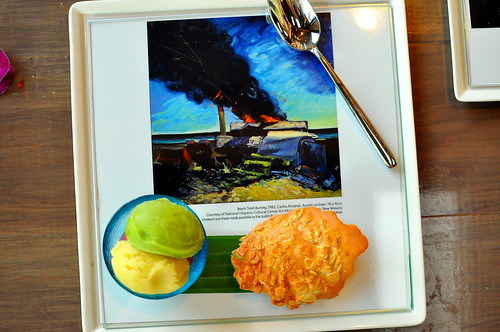 The final “Art As An Appetizer” offering was a simple dessert of sorbet and buttery cookie inspired by Carlos Almarazʼs “Beach Trash Burning,” which is featured in the “Mapping Another LA: Chicano Art Movement” exhibition at the Fowler Museum, UCLA. 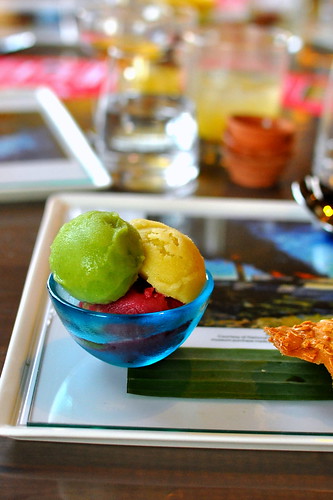 “Art As An Appetizer” is a fascinating collision between art and food that nourishes the mind, body, and spirit. Make time to experience this edible exhibit before it disappears. For a full list of Pacific Standard Time: Art in L.A. 1945-1980 exhibits, installations, and performances across Southern California, check out this link.

8 thoughts on “Pacific Standard Timeʼs “Art As An Appetizer” (a.k.a. Secret Menu at Playa and Rivera)”