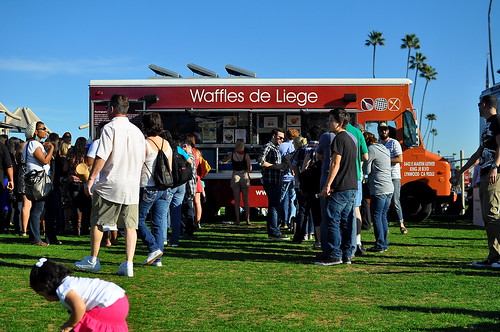 It seems like just yesterday that the gourmet food truck trend exploded here in Los Angeles. Truth is, it’s been nearly four years since Kogi first hit the streets, tweeted its location, and wooed diners all over town. While the movement was rooted in providing late night grub for inebriated club-goers, it has matured over the years into something that appeals to the masses.

While attending the Santa Anita food truck festival a few weekends ago, The Astronomer and I were taken aback by the public’s still ravenous appetite for the trend. With demand exhausting supply, lines snaked on forever and food came out at a snail’s pace. One of the most popular trucks this afternoon was Waffles de Liege, Southern California’s first waffle truck. 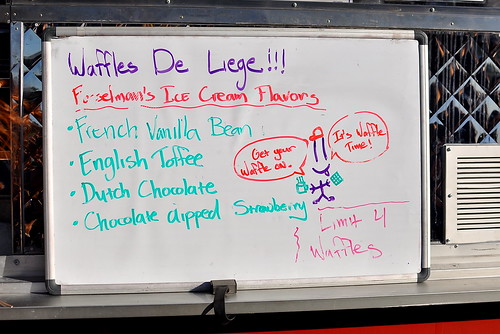 Founded by George Wu and Lawrence Tai, Waffles de Liege specializes in Liege-style waffles that are wonderfully dense, flaky, and studded with pearl sugar. The dough employed on the truck is made from scratch daily using a recipe that the boys created after countless trials.

Waffles can be ordered plain, slathered with Nutella or Speculoos, or the most popular option, a la mode with ice cream from Fosselman’s in Alhambra. I ordered mine without bells or whistles in order to feel the crunch of the sugar in between my teeth. 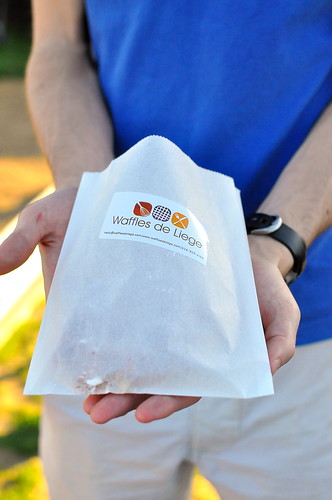 After chilling by the truck for a solid 30 minutes, my waffle was finally ready for pick up. An upside to the truck being so darn popular is that each waffle is made to order, assuring that the product is impeccably fresh. 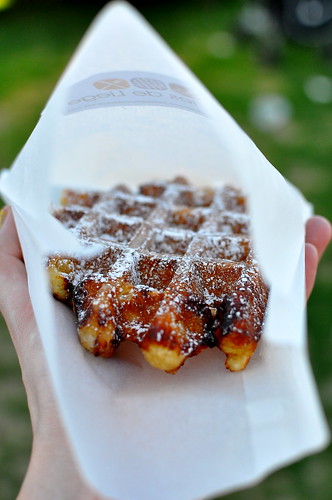 My plain Liege waffle ($4.50) came lightly dusted in powdered sugar and tucked neatly in a paper sleeve. Served hot, the waffle’s edges were slightly sticky and evenly caramelized. The texture of the dough was as rich, dense, and flaky as I had hoped, with just enough sweetness to make me smile. 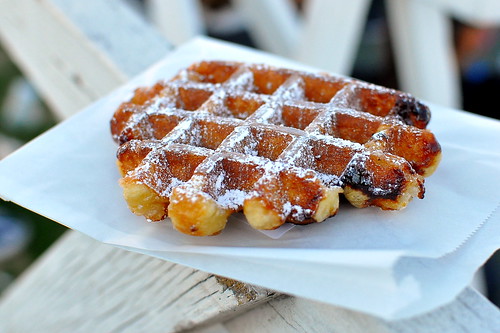 There’s no question that the waffles aboard Waffles de Liege are truly delicious. What remains uncertain is whether they’re worth a half hour long wait. That, my friends, is up to the eater.