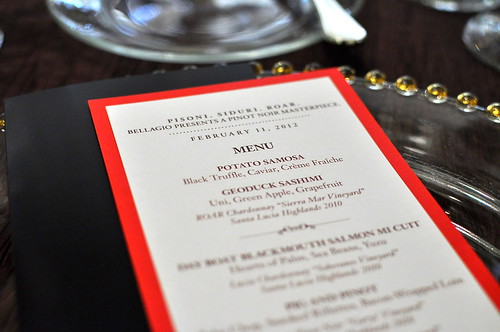 For our second evening in fabulous Las Vegas, The Astronomer and I attended a wine dinner in Bellagio‘s Tuscany Kitchen as part of the Epicurean Epicenter series. This event featured a parade of California pinot noirs from producers Pisoni, Siduri, and ROAR and a four-course menu designed by Sensi Executive Chef Royden Ellamar. 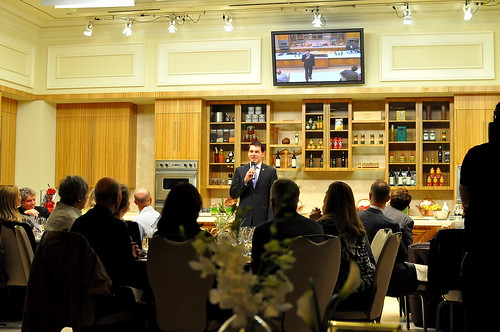 Jason Smith, master sommelier and Bellagio’s Director of Wine, not only selected the participating wineries and orchestrated the pairings, but he also served as our host this evening. Also on hand were all three winemakers. Each one was invited to speak at various points during the event to provide insights into the wine making and wine drinking process. 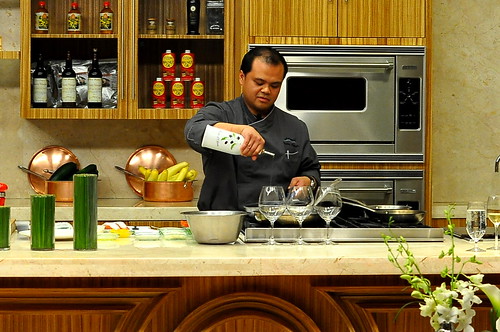 What made this event stand out from other wine dinners I’ve attended was the interactive live cooking component. Attendees were encouraged to ask Chef Ellamar questions about everything from ingredients to technique. The Astronomer was tempted to ask Chef why he was cooking with Malibu. I had to keep my tipsy guest in check. 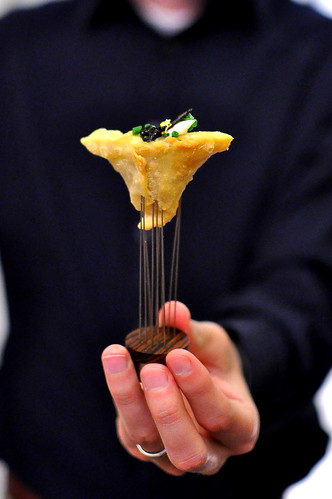 Before the event officially began, a duo of passed appetizers made the rounds. The potato samosa came topped with black truffle, caviar, and crème fraîche—just like how they do it in Dehli. I kid… 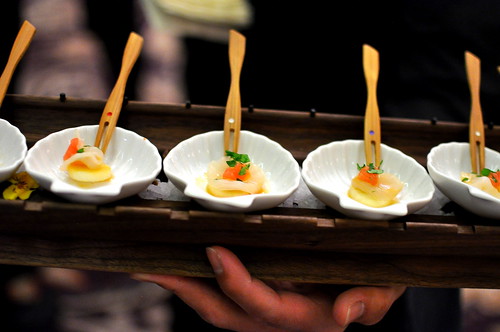 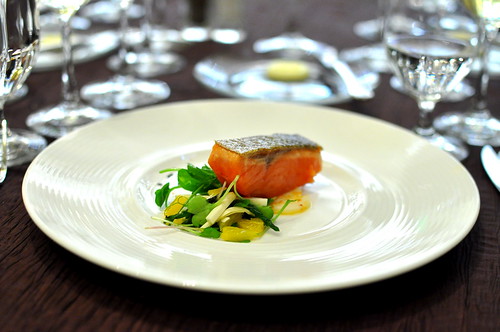 The course I loved most came early in the evening. The Blackmouth salmon was prepared mi cuit with crispy skin and barely cooked flesh. On the side was a fresh salad of hearts of palm, sea beans, and yuzu kosho. To sip was the Lucia Chardonnay “Soberanes Vineyard,” Santa Lucia Highlands 2010. 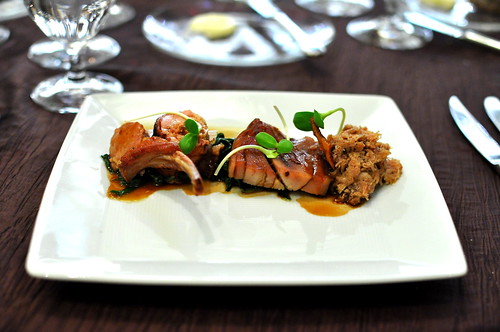 Following the fish course was a little something Chef dubbed “Pig and Pinot.” The dish featured a suckling pig served four ways: baby chop, smoked rillettes, bacon-wrapped loin, and crackling skin. Had the temperature of the pork been a touch warmer, this definitely would’ve been the highlight of the night. Damn those rillettes were good! 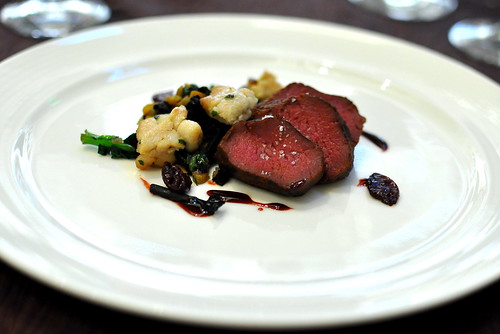 The pork four ways was a tough act to follow, but the venison with sweet breads, black trumpet mushrooms, and preserved cherry did its best. Prepared sous vide, the meat had a supple quality about it. The sweet breads, on the other hand, just weren’t my thing. 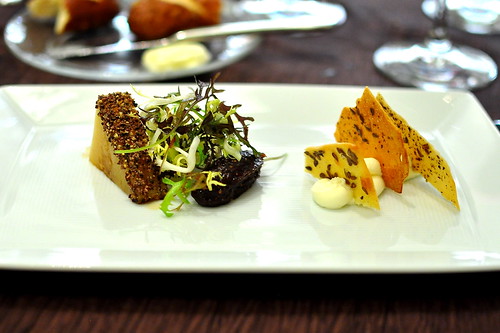 In place of a traditional dessert was a fantastic cheese course featuring Andante “Ballad,” a semi-hard goat cheese from California that was crusted in cracked pepper. On the side was a sweet and tangy fig mustard and whipped goat cheese with paper-thin crackers.

Paired with the cheese was the Novy Syrah “Garys’ Vineyard,” Santa Lucia Highlands 2010. 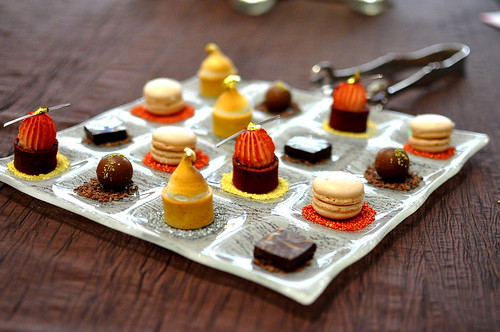 Before running off to catch the 10 o’clock performance of “O,” we downed a few petit fours. Two thumbs up for the salted macaron and the gold-leaf-topped lemon meringue. 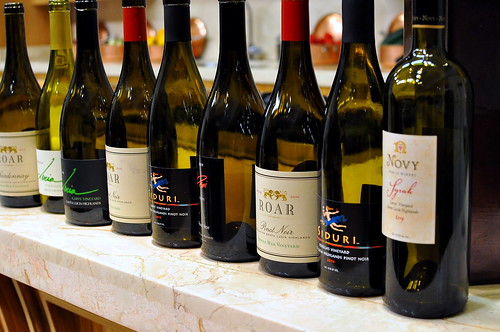 The next Epicurean Epicenter event will take place on March 24. It will feature wines from Patz & Hall and a four-course menu by Bellagio Executive Chef Edmund Wong. If it’s anything like the event I attended, you’ll leave well fed, well learned and well, full of wine!