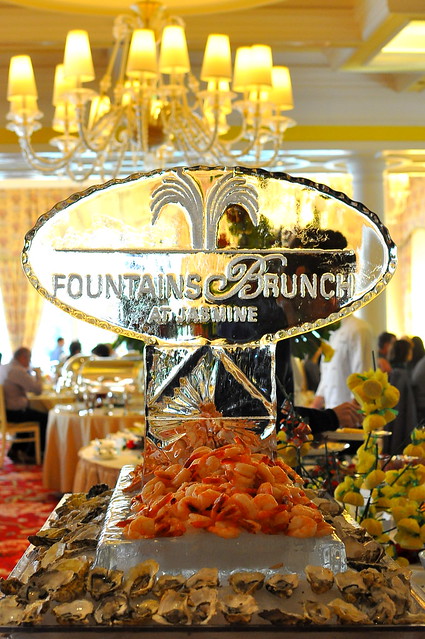 Along with playing slots and attending a show, dining at a sumptuous buffet rounds out my list of Vegas must-dos. Every Sunday morning, Jasmine at Bellagio is transformed from a Chinese restaurant into a wonderland of brunchy delights complete with live cooking stations, a raw bar, and chocolate fountains.

Saturday nights in Sin City can be a bit of a blur, even for good kids like The Astronomer and me, so the Fountains Brunch was just the thing to replenish our minds and bodies before hitting the road home. 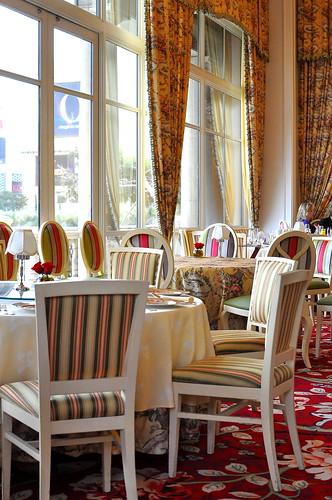 The setting here is as tranquil as can be. The room is filled with plenty of natural light and faces the famous fountains that never seem to get old. 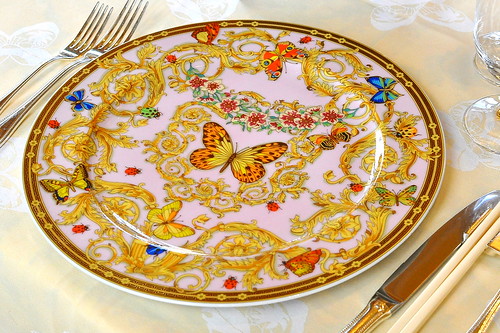 Elegant touches throughout the room, like this elaborate charger plate, made the girly girl in me smile. 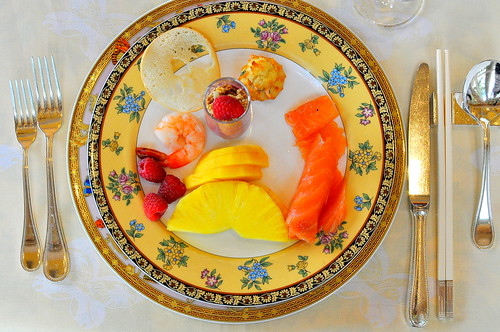 Both The Astronomer and I started with selections from the shellfish bar and cold appetizers station. After the decadent weekend that we had, a light start was the best way to go.

He chose a jumbo poached shrimp, citrus-ginger and sake cured salmon, lobster profiterole with citrus cream, blackberry yogurt parfait with granola, and fresh fruit. The plump and supple shrimp was his favorite bite on the plate. 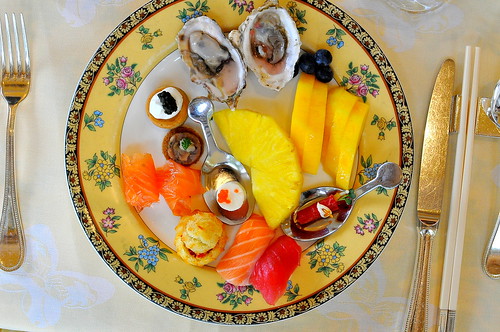 My selections had a few items that were similar to The Astronomer’s, like the fresh fruit, cured salmon, and lobster profiterole, as well as a few extras.

The fresh-shucked oysters with mignonette were not-to-be missed, as were the dainty spoons with white asparagus panna cotta and Kobe beef carpaccio. My other favorites included the caviar-topped mini buckwheat waffle and duck terrine. The salmon and tuna nigiri were passable but mostly forgettable. 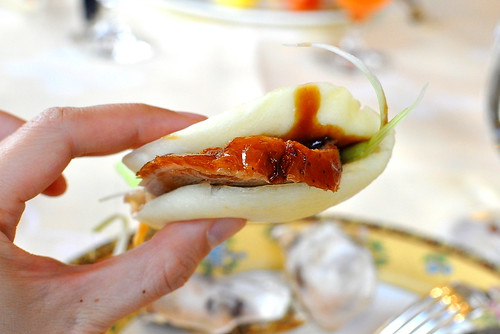 Midway through our first plates, a duo of Peking duck-stuffed buns arrived at the table. The specimens were meatier than expected and lacquered with hoisin sauce and garnished with scallions. 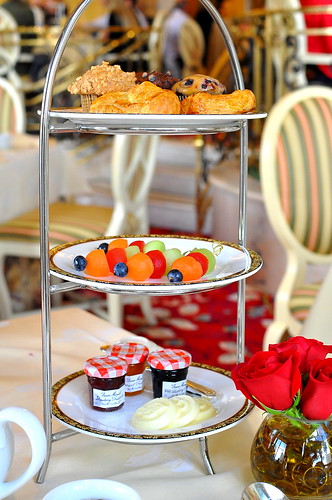 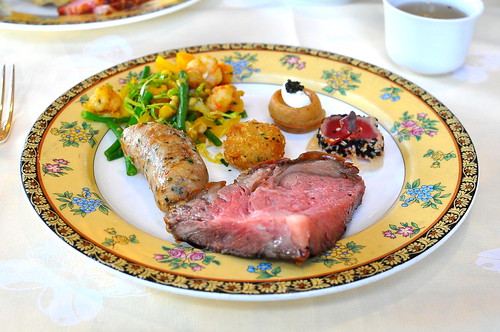 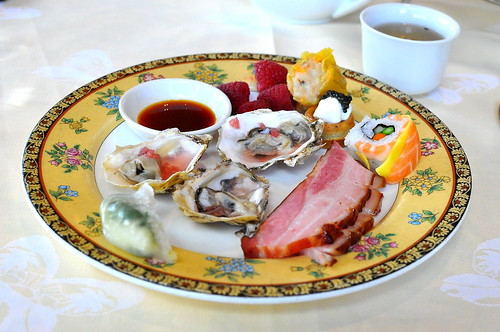 On my second trip to the buffet, I chose a variety of cold appetizers (oysters, caviar, sushi), a few dim sum offerings (crystal prawn and spinach dumpling and sui mai), and a thick slab of bacon from the carving station.

The dim sum items weren’t as stellar as I had hoped, but everything else exceeded my expectations, especially the smokey bacon. 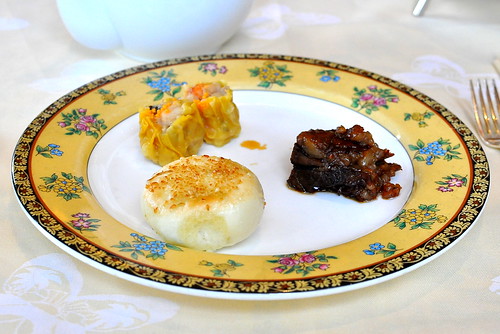 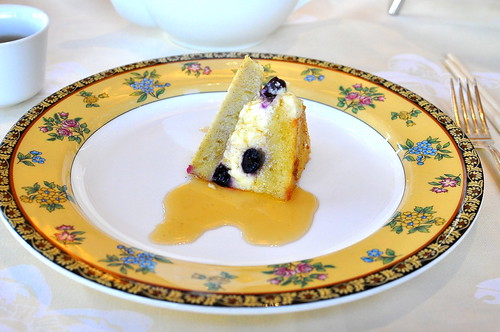 Before veering officially into dessert territory, I dug into a slice of blueberry–stuffed white chocolate brioche French toast, which I ladled generously with vanilla-laced Vermont maple syrup. It was totally indulgent and absolutely delicious. 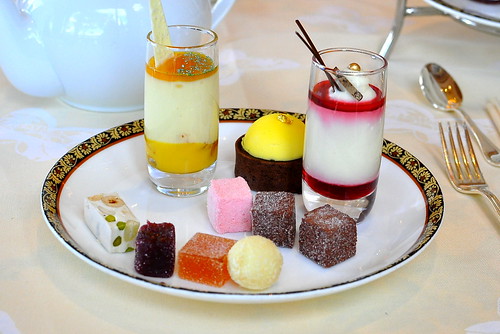 There’s a room dedicated solely to desserts adjacent to the hot cereal station. From ice cream to cakes to fondue, this space has it all. I carefully chose a passion fruit parfait, a raspberry parfait (for The Astronomer), a gold-leafed banana cake, a white chocolate bonbon, a hunk of nougat, marshmallows, and pate de fruits. The cocoa marshmallows dusted with coarse sugar made my day.

Fountains Brunch at Jasmine offered us one last hurrah before facing reality. What a way to go…