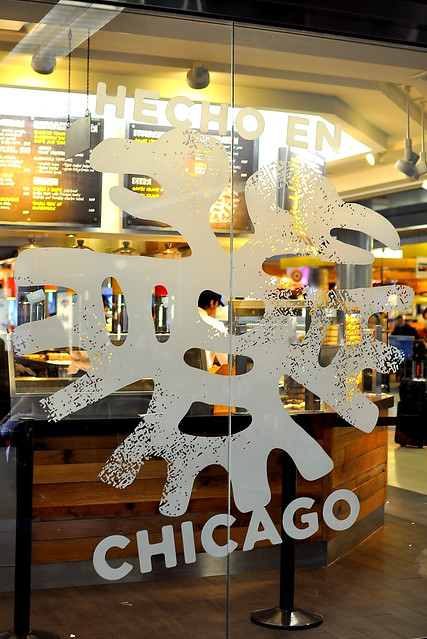 The Astronomer and I didn’t plan on checking out any of Chef Rick Bayless‘ restaurants while in Chicago because we have plenty of amazing regional Mexican food here in Los Angeles (despite what Señor Bayless believes).

Alas, when hunger pangs hit an hour before take off, I was forced to find a bite to eat inside O’Hare. While the smells emanating from Manchu Wok were damn enticing, my curiosity got the best of me and I lined up for a taste of Tortas Frontera. Lo siento, mi amigo Bill! 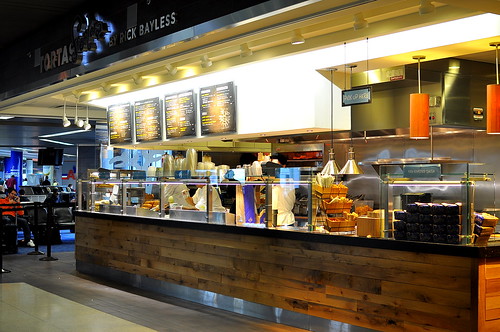 In addition to its namesake tortas (griddle-baked Mexican sandwiches with a variety of fillings), Tortas Frontera also dishes up molletes (warm, open-faced sandwiches), guacamole, soups, salads, and a “yogurt bar.” To the right of the kitchen and food preparation area is a full bar with plenty of tequila and margaritas to go around. 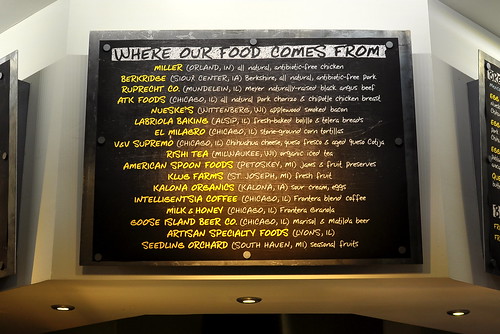 The food here is made using locally sourced ingredients wherever possible. There’s even a list of all the farmers and purveyors whose fruits, vegetables, and meats are employed by the restaurant prominently on display. I see this kind of name dropping at restaurants all the time, but this was a first for an airport eatery. 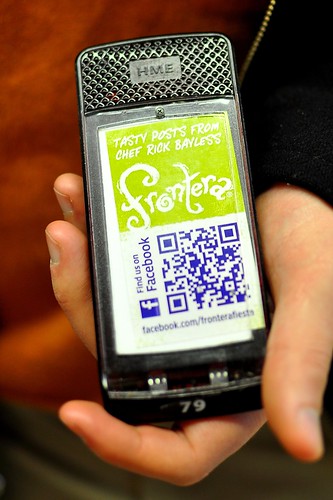 After placing and paying for my order, I was given a buzzer that would light up and vibrate when my food was ready for pick up. Because my torta was made to order, it took a solid ten minutes for the device to send its signal. Thankfully, we were in no rush and had plenty of time before boarding. 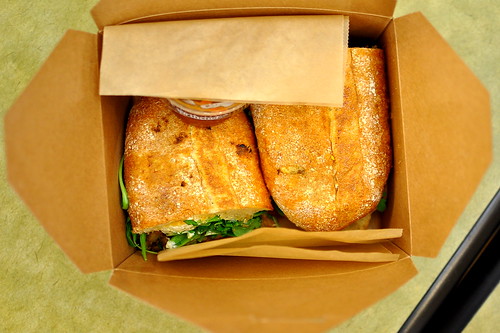 My roasted garlic and mushroom torta ($9) came tucked inside a box with a little container of salsa to spice things up. The bread was crisp and warm, while the filling smelled delightful. 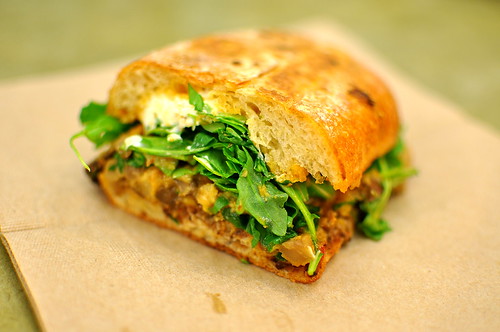 In between the buns was a mixture of cremini, oyster, and shiitake mushrooms, goat cheese crumbles, black beans, arugula, and a chipotle garlic mojo. For a wholly vegetarian creation, this sandwich had loads of flavor, great texture, and most importantly, was totally satisfying. In spite of my reservations toward Rick Bayless, I had to admit that this torta had it going on. 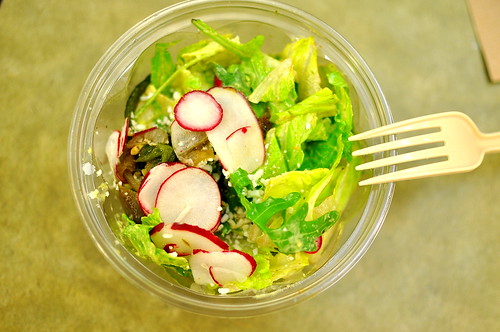 To supplement the torta, I ordered a side salad ($4) with romaine, arugula, radishes, roasted poblanos, cotija cheese, caramelized onions, and a creamy avocado lime dressing. When it comes to salads, all I want are fresh and snappy greens and enough variety to keep me interested. This lil’ cup of greens brought it, just like the torta did.

As much as I love eating crappy Chinese food in airports, I would gladly do without sticky fried orange chicken if stellar options like Tortas Frontera were the norm rather than the exception. While this positive experience hasn’t made me a total Bayless convert, I wouldn’t hesitate to dine at Tortas Frontera the next time I’m stuck in O’Hare with a serious case of the locally-sourced munchies.