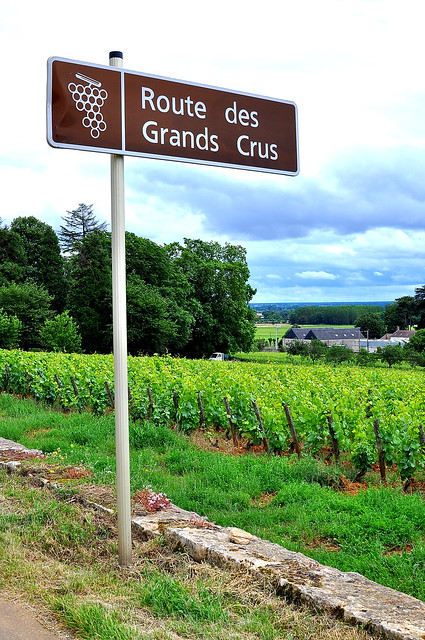 Following our thoroughly Burgundian lunch at Les Terrasses de Corton, The Astronomer, Mom, and I visited a few tasting rooms along the Route des Grands Crus. The roughly 40 mile route stretches from Dijon in the north to Santenay in the south. 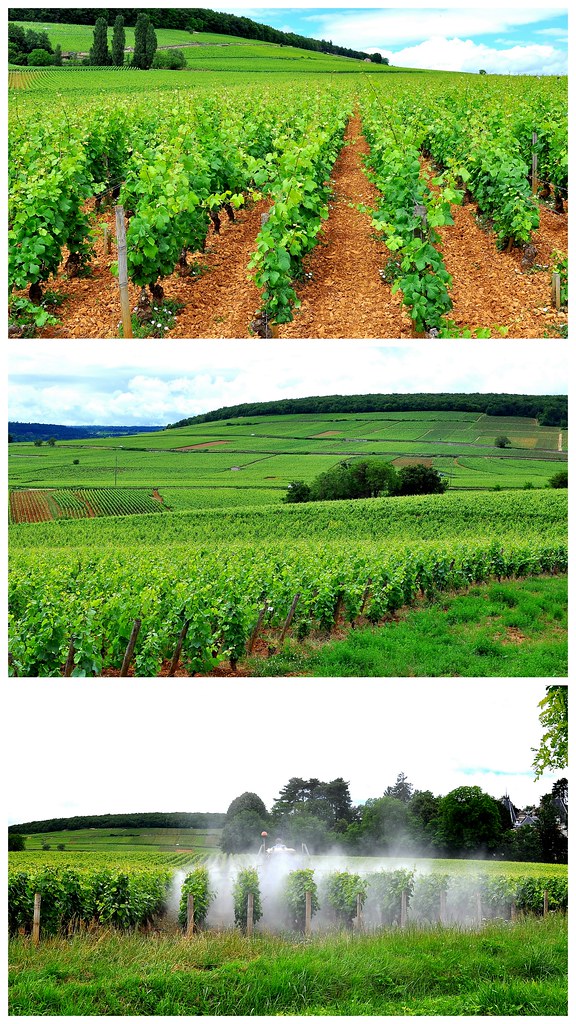 Burgundy is truly breathtaking with its rolling hills and sprawling vineyards. The terrain was wonderfully lush and green for as far as the eye could see. The Astronomer remarked that the grapes here were allowed to grow in free form, unlike their staked, split, and tortured cousins in California’s Central Coast and Napa Valley. The difference in methodology was quite striking. 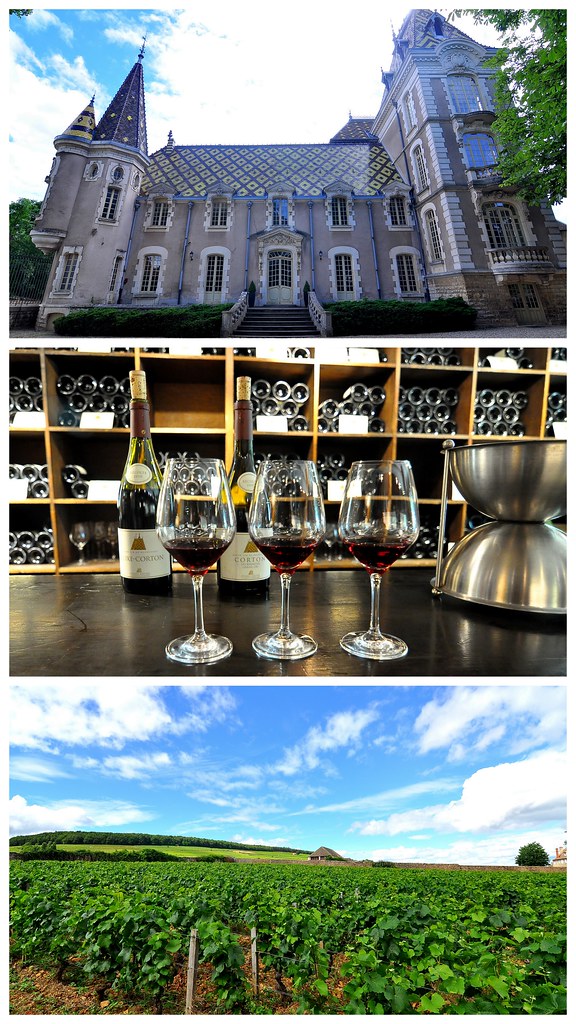 The first vineyard that we randomly stepped into was Château Corton-Andre, which is located at the bottom of the Corton Hill, the most important Grand Crus area in Burgundy. Grand Cru is the highest level in the vineyard classification of Burgundy.

The wines that we sipped here were quite young and thus acidic and assertive. We purchased a bottle to take home; it will be aging in our “cellar” for the next five years. Hopefully its flavors will be nice and round by the time we pop the cork. 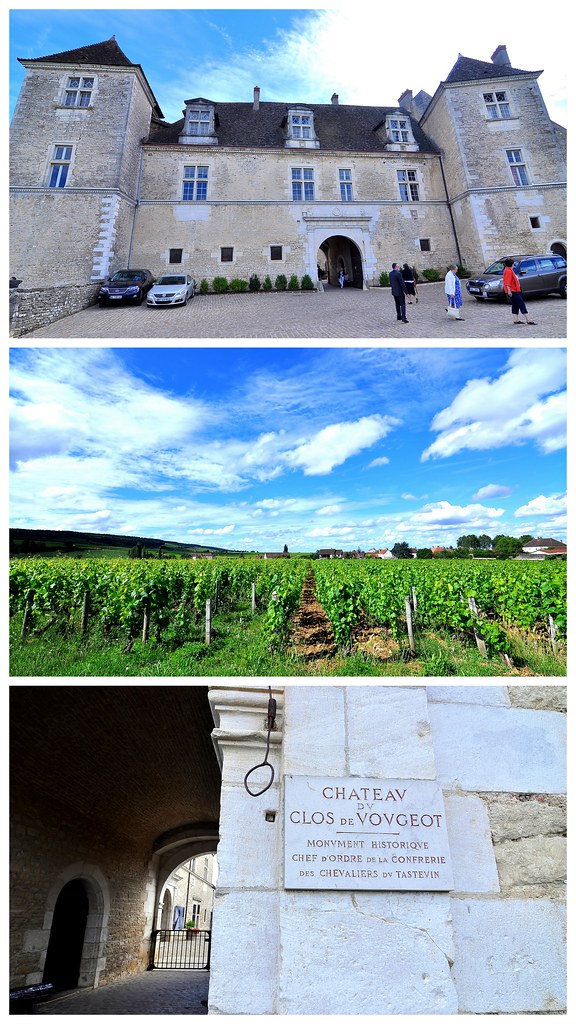 Our second stop was at the region’s oldest winery, Château du clos de Vougeot. The vineyard was created by Cistercian monks in the 12th century to the early 14th century and served as the flagship vineyard for their order. Unfortunately, we didn’t get to taste a single drop due to a private engagement on the premises. 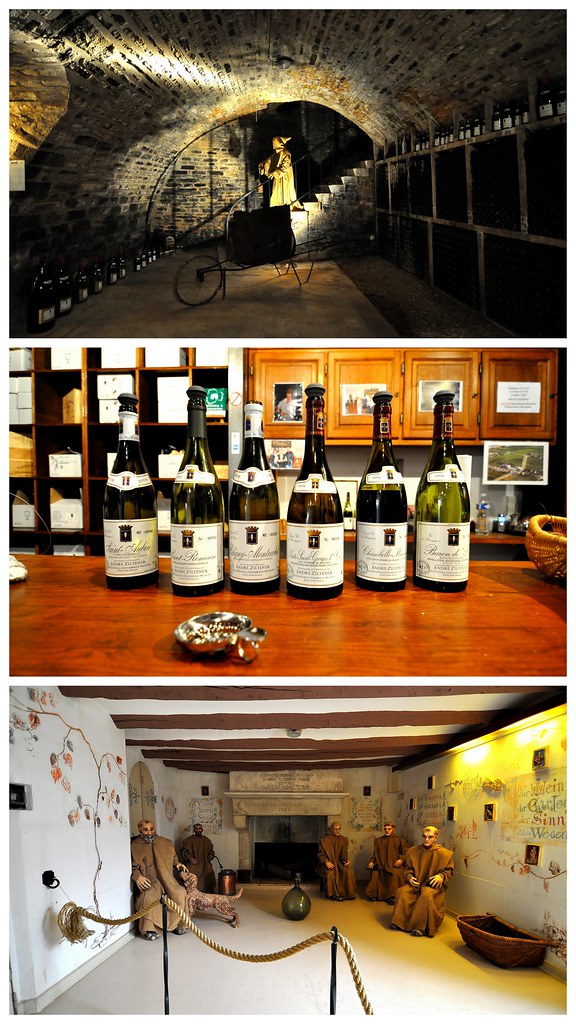 Our third and final stop was at Château André Ziltener. The coolest thing about this tasting room was its creepy wine museum full of monk mannequins. We also sipped wines from shallow metal dishes that fit around our fingers. While I am full of adjectives and expressions when it comes to describing food, with wines I’m not as verbose. The ones we tasted here were lovely. I’d hit those bottles again. 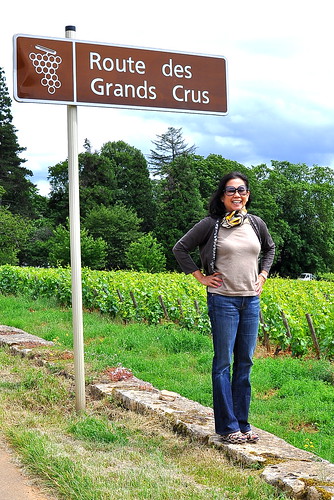 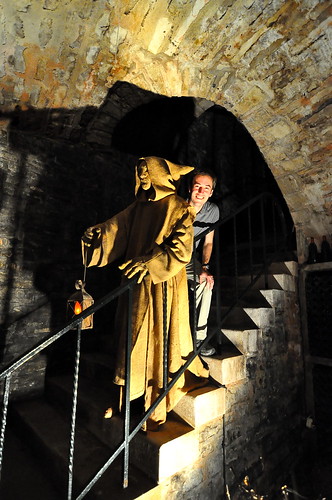 And the Astronomer posing cheerily with a monk mannequin. Needless to say, we had a splendid time sipping the afternoon away.