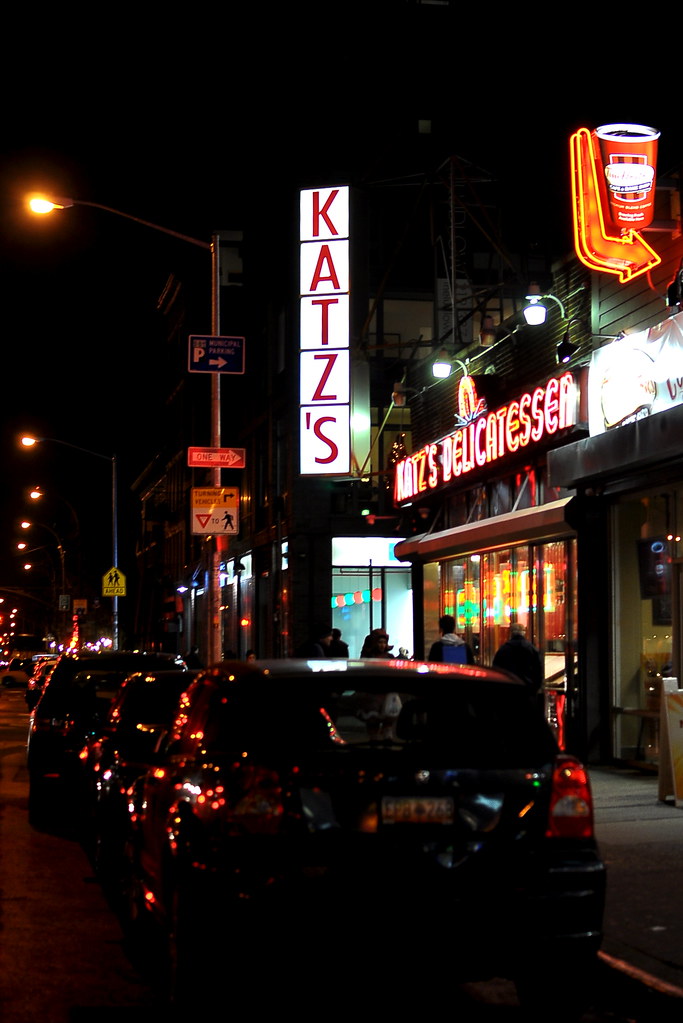 I’ve passed by Katz’s Delicatessen dozens of times over the years while striding down Houston toward the East River for a run, but never sat down for a proper pastrami sandwich until my latest jaunt to the big city.

The Astronomer and I, along with our friend Miho, Cousin Jackie, and Jackie’s boyfriend Aaron, descended upon this New York City institution (est. 1888) for an early Saturday dinner. The crowd wasn’t too robust at this hour, which proved to be a good thing for this group of Katz’s newbies because things work a little differently ’round here… 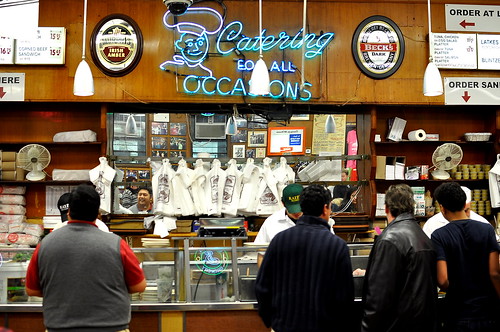 We were each handed a paper ticket as we walked through the front door. The placards hanging from the ceiling directed us to the various ordering counters. There was a separate queue for each course—appetizers, sandwiches, desserts, and drinks. While this somewhat archaic and chaotic ordering system worked fine for us, it was nice to know that there were a few seats reserved in the dining room for full table service if need be. 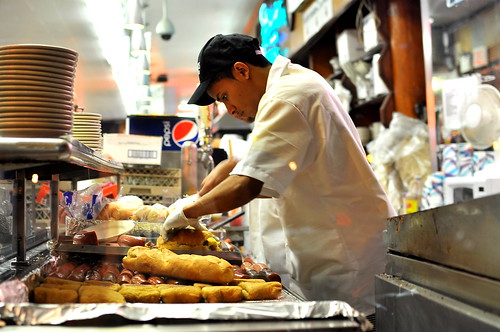 As soon as I made my way to the front of the line, my sandwich was constructed right before my eyes. Best of all were the scraps of pastrami that the sandwich artist passed my way to make the wait a tastier one. No cash was exchanged at this point—just a scribble on my ticket and I was set to find a seat. 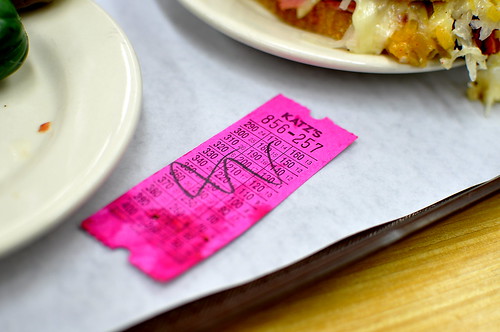 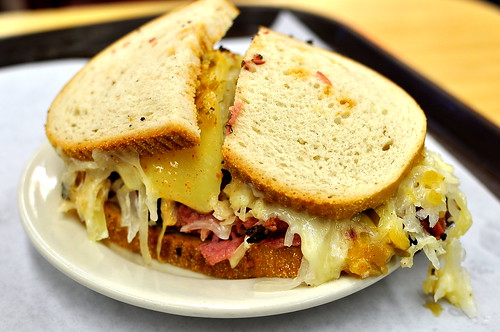 Since The Astronomer and I had major dinner plans a few hours later, we shared a Reuben sandwich ($16.75) made with pastrami instead of corned beef. We kept the fixins perfectly traditional with melted Swiss cheese, Russian dressing, and sauerkraut. The pastrami, with its tender touch and intense spicing, was monstrously delicious. I loved this sandwich with all of my heart. 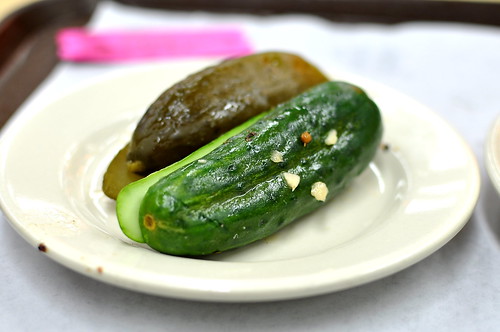 Complimentary pickles, which packed a garlicky punch, were served alongside. 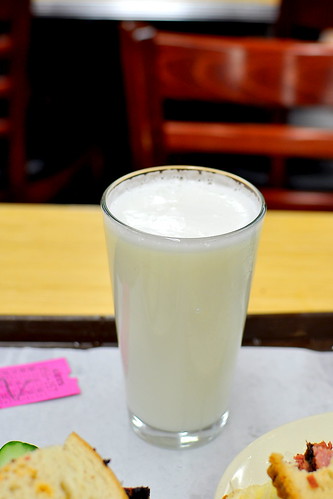 A tall, cool glass of egg cream ($3.75), a delightful beverage made with vanilla syrup, milk, and a spritz of seltzer, was on hand to wash everything down. 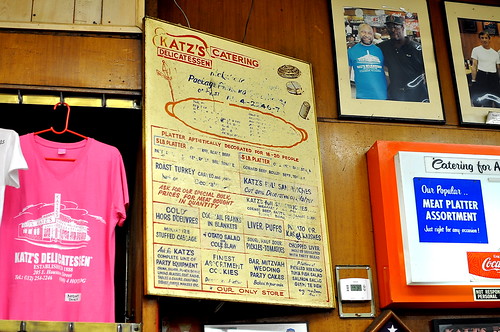 After we polished off the Reuben and every last drop of egg cream, we made our way toward the exit to finally settle our bill.

There’s a lot of talk among a certain set of eaters about who makes the best pastrami, or smoked meat, around. After sampling the goods at Langer’s in Los Angeles, Schwartz’s in Montreal, and now Katz’s in New York City, I can’t make a call; I seriously loved them all. Really though, who needs to debate such things when there’s masterfully executed pastrami sandwiches to be eaten? Mmmm, pass the mustard.