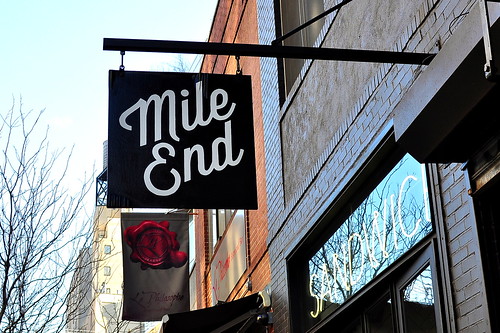 Before boarding our flight home to Los Angeles, The Astronomer and I lunched at Mile End Sandwich to get a taste of Noah Bernamoff and Rae Cohen’s Montreal-style Jewish comfort food. The couple, he a Montrealer and she a New Yorker, opened the original Mile End Delicatessen in Boerum Hill, Brooklyn in 2010. 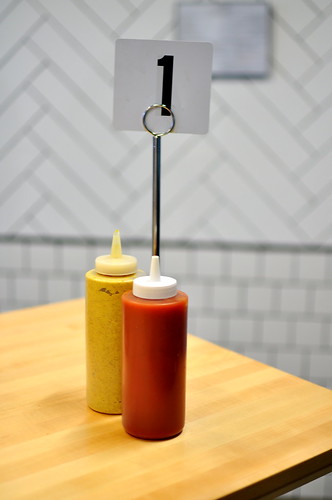 This tidy storefront north of Houston serves an abbreviated menu with over a dozen different sandwiches, seasonal salads, and poutine on offer. We placed our order at the counter and the food was delivered to the table as soon as it was ready.

Mile End, by the way, is the name of Montreal’s historically working-class Jewish quarter. 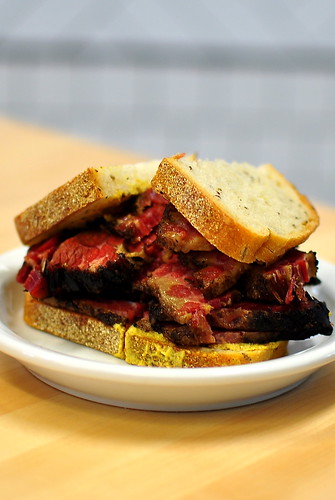 The “Hot Pastrami Sandwich” ($12), hand-cut Montreal smoked meat served on Orwasher’s rye, could not have looked any more enticing.

The adorably portioned sandwich was stacked tall with thick, tender, beautifully seasoned slices of smoked meat. A touch of mustard kept the protein’s richness in check, bringing balance to the entire creation. 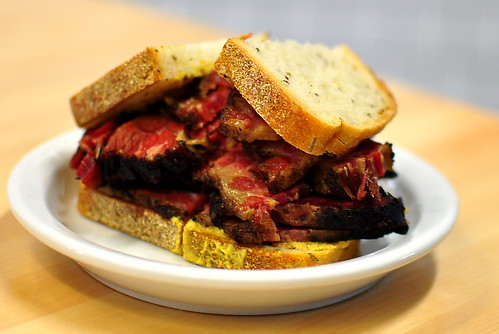 While it’s been a few years since I’ve ravished Schwartz’s smoked meat in Montreal, I’d say Mile End’s rendition does justice to the genre. 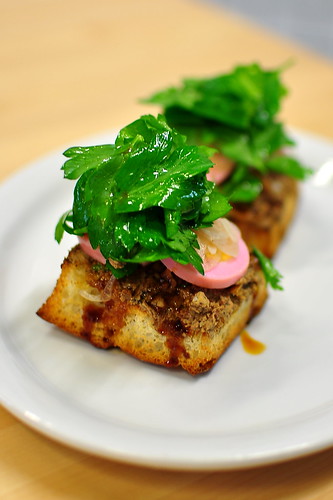 Our simple yet superbly satisfying lunch at Mile End offered the perfect soul-warming sendoff. I can’t wait to sample the full-format delicatessen on my next trip—there’s still so much to taste in Brooklyn.