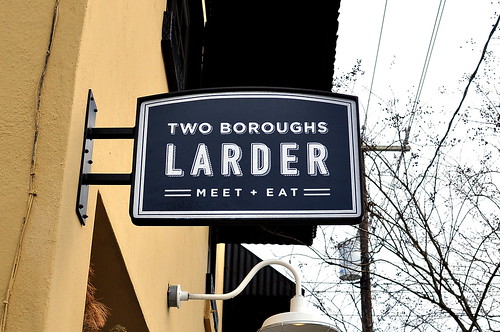 Lien insisted that I dine at Two Boroughs Larder while in Charleston. She visited the city a few months earlier and fell hard for this restaurant slash marketplace. In fact, she was so smitten that she came in twice—a sure sign of a very special place. 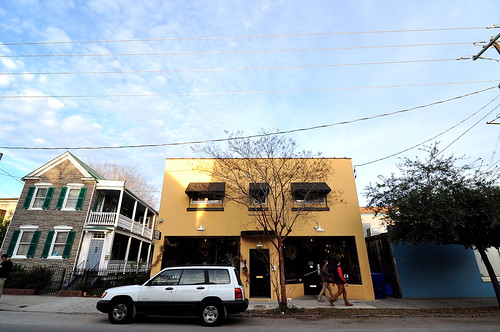 The walk to the restaurant, located a short distance from Charleston’s tourist hot-spots, offered The Astronomer and me a glimpse of life away from the hubbub of carriage rides and gargantuan properties. The neighborhood’s mellow and quiet vibe was welcomed. 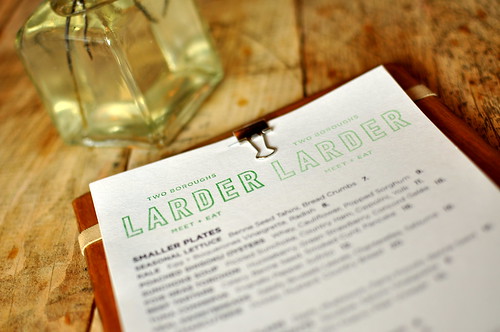 The New American menu spans the globe but remains grounded in Southern ingredients from regional farms and waters.

Even though it was just The Astronomer and me this afternoon, we ordered two “smaller plates,” a charcuterie board meant for four, a side dish, and dessert, too. The menu was just too enticing to resist. 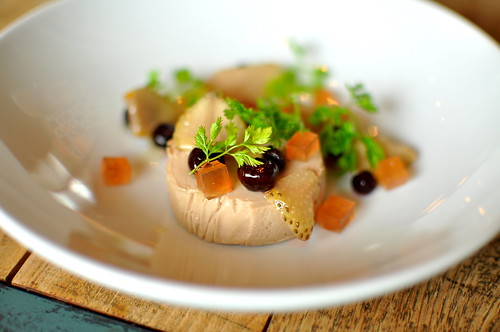 It’s been years since I’ve been served foie gras in any California restaurant, so I insist on indulging whenever I cross state lines. I’m a rebel like that.

The foie gras torchon ($16) with huckleberry, green strawberry, and concord gelée was nothing short of stellar: perfectly smooth, incredibly rich, and finely balanced. 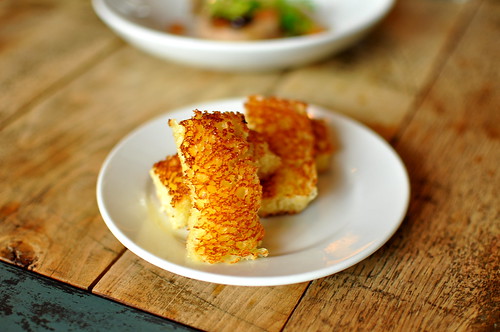 Buttered brioche toast was served on the side. We slathered the foie gras on with abandon. 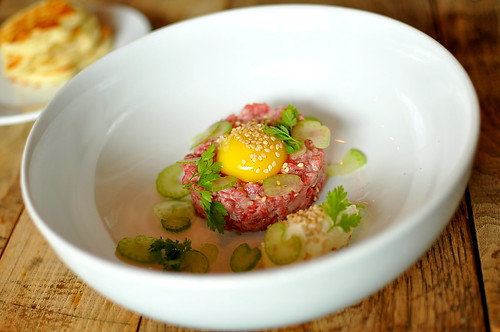 Beef tartare isn’t banned in California, but I insist on ordering it whenever it’s available because it’s a favorite of mine. Rawr! The version here was served with thinly sliced celery, benne seeds, smoked curd, and a side of pancakes ($16). It totally hit the spot, and then some. The pancakes were an unexpected and awesome accompaniment. 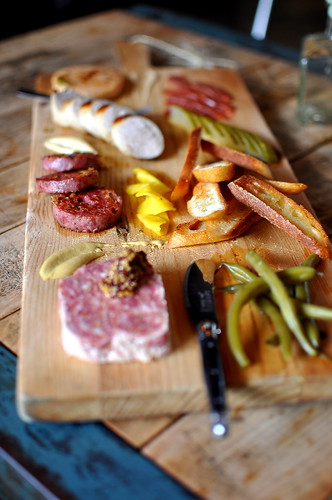 And then came one of the most beautiful charcuterie boards I’ve ever seen. The “TBL Charcuterie” ($20) contained a veritable cornucopia of house-made sausages, cured meats, and pickles. 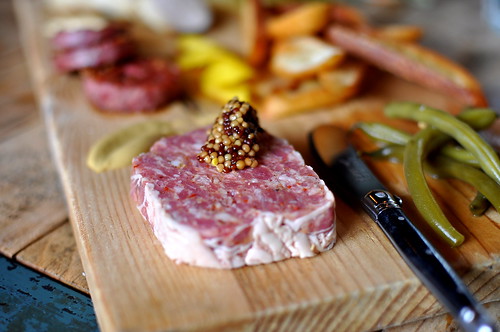 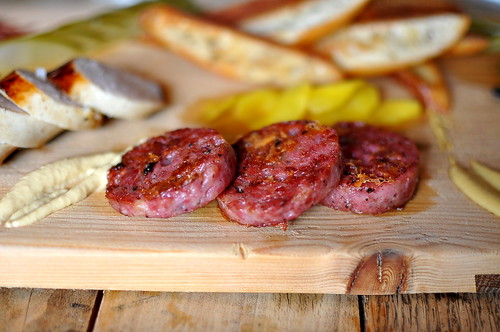 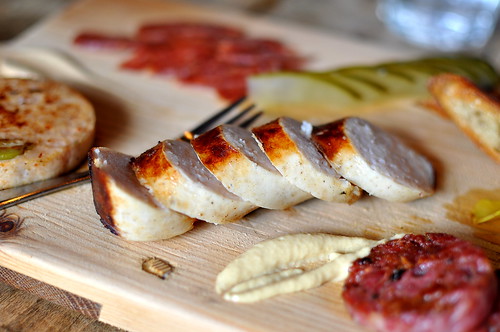 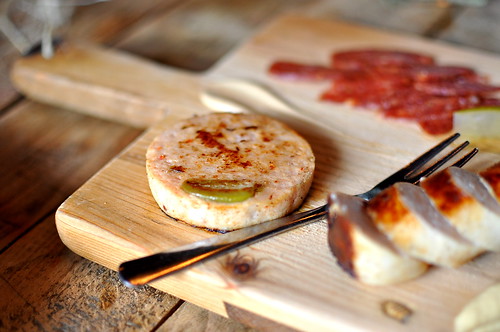 ….chicken and olive mortadella, a pork “snack stick” (not pictured), and a bevy of pickled goodies including sunchokes, mustard seeds, and cornichons. Also on hand was a trio of mustards: country, beer, and Dijon. A most impressive charcuterie board. 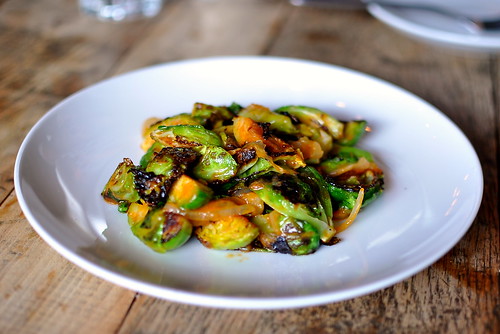 Looking out for the nutritional vitality of our meal, The Astronomer ordered a plate of roasted Brussels sprouts with soubise and a salumi vinaigrette ($8). It wasn’t as virtuous as The Astronomer had hoped, but it was quite delicious. 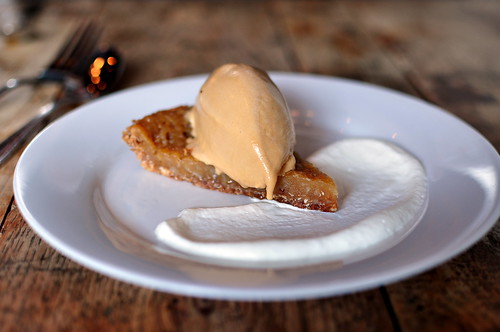 We were beyond stuffed following the slew of savories, but had to finish with the oatmeal brown sugar pie ($7), Two Borough’s signature dessert. The sticky, sweet pie was nice, really nice, but what made this dessert amazing was the quenelle of ice cream heaped on top. Thick, luscious, and tasting of sugar on the cusp of being burnt, the caramel ice cream was magical.

We had such a splendid time that we returned a few days later for happy hour—(Lien and) I highly recommend that you do the same.