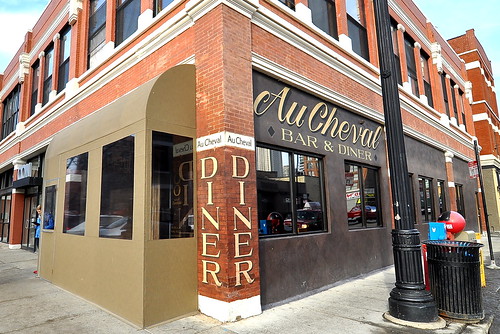 With its tremendous reputation, tiny space (just 1,400-square-feet), and no reservation policy, Au Cheval is one of the more difficult seats to snag in Chicago. After failing to score a table without a tortuously long wait several evenings in a row, I decided that dining right when the doors opened at 11 AM was my best bet. Sure enough, I was seated without a hitch at that early an hour. 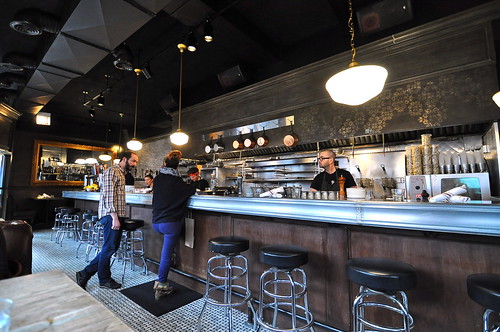 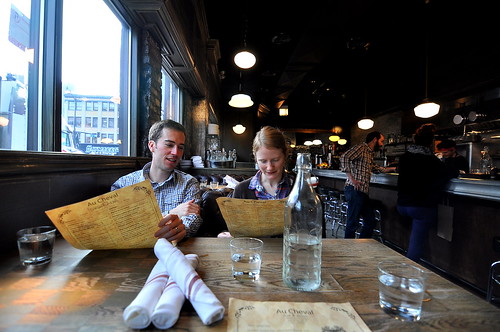 Joining The Astronomer and me for our super-early lunch was our friend Britta. More bellies means more smiles and more food—everyone wins! 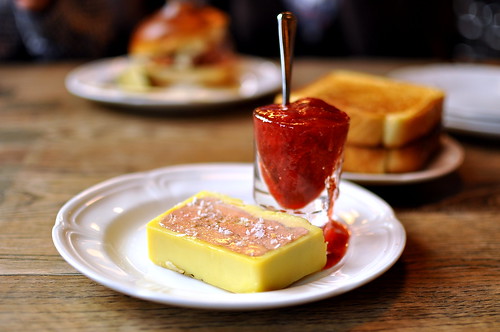 We started our gut-busting, soul-satisfying feast with the foie gras terrine ($18). Decadent as all get out, the terrine was served with toasted brioche and a fabulously chunky and sweet strawberry jam. Every bite was the perfect interplay of rich, salty, tart, and sweet. I need more foie gras before noon in my life. 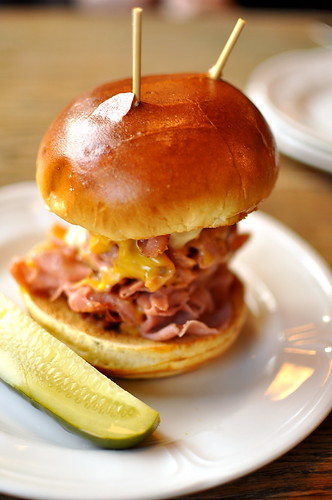 Similarly decadent and seriously savory was the fried bologna sandwich ($10.95), a magnificent tower of house-made bologna, dripping with cheddar and smothered between pillowy buns. The thinly sliced and beautifully caramelized meat made the stuff Oscar Meyer hawks look, frankly, like baloney. 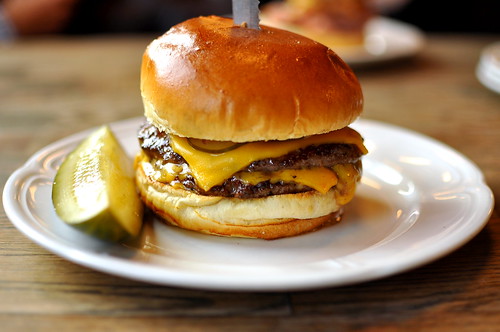 And then came the “single” cheeseburger ($9.95), quite possibly the greatest burger I’ve ever had the pleasure of devouring!

Despite the name, it was a double patty situation: each one was thin and griddled to juicy doneness.  Smothered atop and in between were slices of gooey cheddar and house-made dill pickles. Dijonaise-dressed Z Baking buns added the finishing touch. Burger perfection. 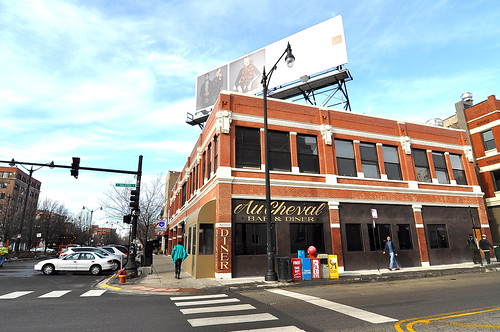 We were so outrageously stuffed following the triple punch of foie gras, fried bologna, and cheeseburger that we couldn’t fit in dessert. It broke my heart a little that the mille-feuille, a six-inch stack of puff pastry and mounds of vanilla-scented pastry cream, couldn’t be mine.

Next time. For sure.