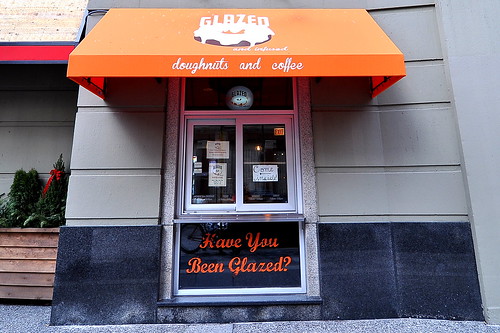 Chicago is ahead of the curve when it comes to the gourmet doughnut trend. Not only is there an abundance of establishments, but they are often chef-driven ventures. Taking deep-fried dough to the next level in every way, Chicago—I commend you. 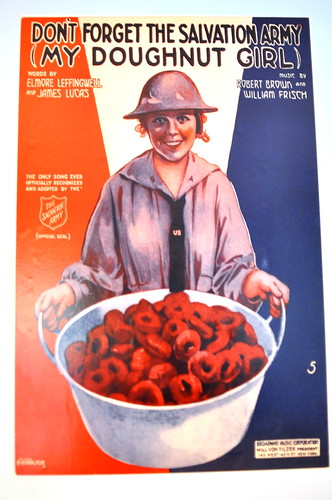 One of the most successful local concepts is Glazed & Infused. The mini-chain is backed by Scott Harris of Mia Francesca, The Purple Pig, and Davanti Enoteca, among others. Behind the deep-fryer are Christine McCabe, onetime pastry chef at Charlie Trotter’s, and Tom Culleeney, former head of Lettuce Entertain You‘s franchise operations with Krispy Kreme. 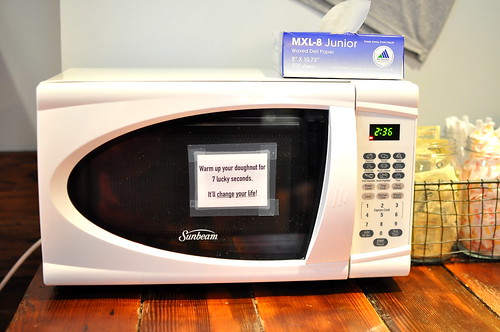 The doughnuts here are made from high-quality ingredients and are fried in trans-fat free oil. Fruity glazes and fillings often change with the seasons.

Every location is equipped with a microwave to capture that ever so fleeting fresh-from-the-fryer essence. The Astronomer was a huge fan of this amenity, while I thought it was a silly move considering the freshness of the doughnuts available on the premises. Day-old doughnuts, on the other hand, I’m all for nuking. 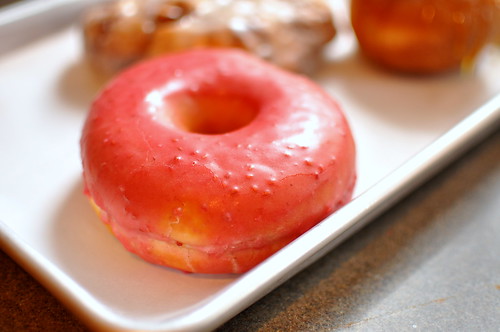 The selection wasn’t abundant during our late afternoon visit. Fortunately, the varieties available were exactly our speed; some things are meant to be.

We had to have the Glazed Raspberry, a yeast-raised ring with a made-from-scratch raspberry glaze. Bright and tart, the icing was totally on point. The dough didn’t have The Astronomer and me giving each other fist bumps and high-fives, but it was perfectly palatable nevertheless. 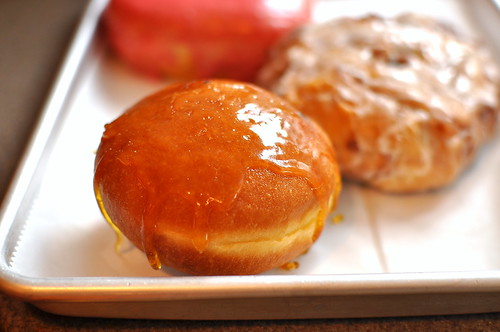 We also had to have the crème brûlée doughnut, a vanilla custard-filled bismark with a caramelized sugar crust. The filling and topping were both solid, but again, the dough just didn’t blow our minds. We’ve eaten a lot of doughnuts in our day (full list below), so it takes an exceptional dough to impress. 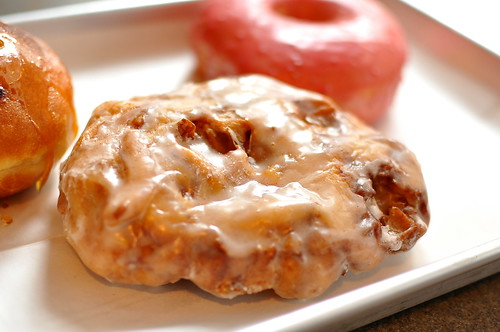 Our favorite of the three doughnuts that we tried was the seasonal fruit fritter studded with tangy apples and swirls of cinnamon. Killer stuff.

Glazed and Infused: Really good, but not quite great. Still, I’d hit it again.

You could say that I eat a lot of doughnuts:

One thought on “Glazed and Infused Doughnuts – Chicago”