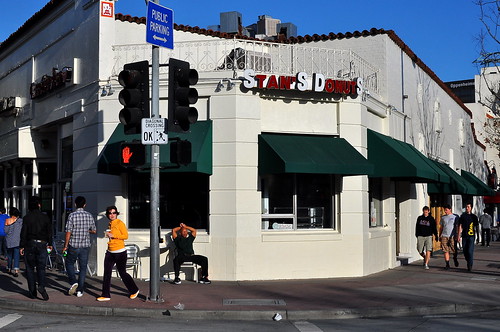 I couldn’t resist making a quick stop in Westwood to visit Stan’s Donuts while staycationing nearby in Century City. Expertly made deep-fried dough is one of my all-time favorite sweets, and I’d heard rumblings that Stan Berman’s creations delivered a satisfying punch. 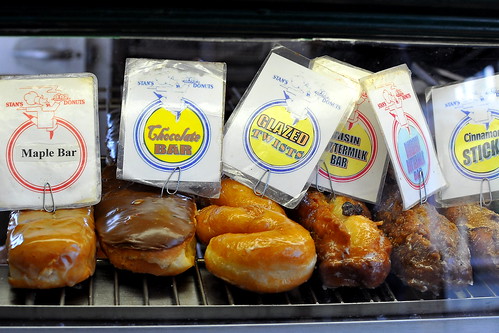 This old school doughnut shop has been serving the Westwood Village community since 1965. There were nearly fifty varieties of doughnuts available when The Astronomer and I stopped in on a Saturday afternoon. The flavors on offer were mostly standard, with a few notable gourmet options as well. 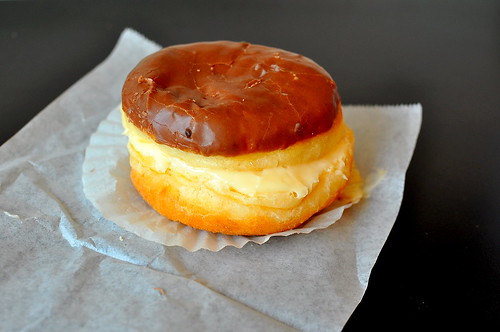 Scanning the four shelves of doughnuts, the “custard puff” ($2.50) was the first one to catch my eye. The cool, smooth, and vanilla-tinged custard paired extraordinarily well with the yeast-risen dough. The thin coat of chocolate frosting added depth and oomph. 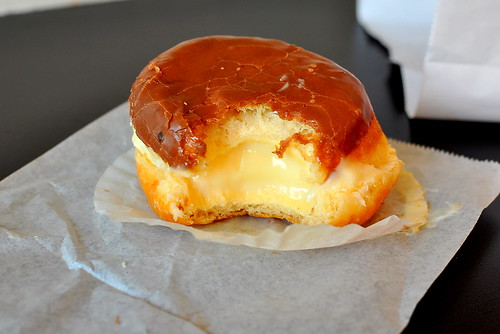 Best of all, when I went in for a bite, the cream didn’t spurt out from all angles. Miraculously, it managed to remain in its proper place until the very last bite. Now, that’s something kind of magical. 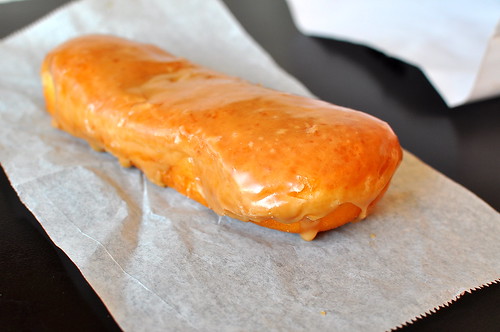 The maple bar ($1.50), which was as soft and as light as the custard puff, had a milder flavor profile and an even keeled sweetness. It wasn’t the most innovative doughnut that we sampled, just a very good version of a classic maple bar. 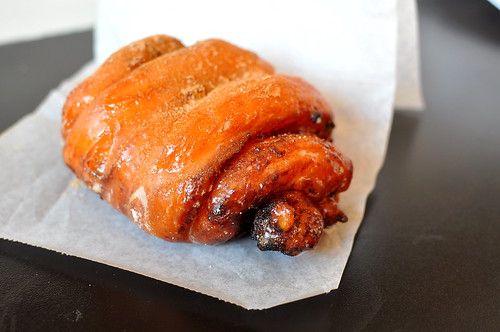 The Astronomer picked out an apple cinnamon log known as “The Jimmy” ($2.50). Made from the same light and fluffy dough as the custard puff and maple bar, The Jimmy contained softened and sweetened apples, as well as a dusting of cinnamon and sugar. If an apple pie and a cinnamon roll consummated their love and had a child, it would most definitely be named Jimmy. 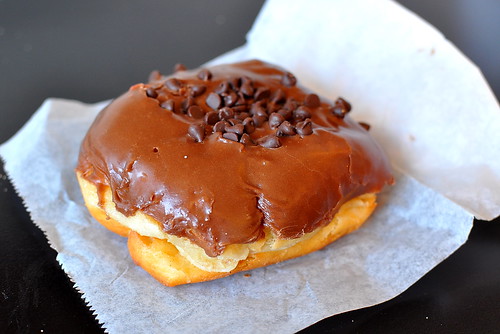 Our final doughnut was one of the house specialties. The Huell ($2.50), which is filled with peanut butter and topped with chocolate frosting and chocolate chips, comes in several varieties, including one with fresh bananas and another with jelly. I went for the one with just peanut butter because I didn’t feel like having a fruity accompaniment with my nutty spread this afternoon. 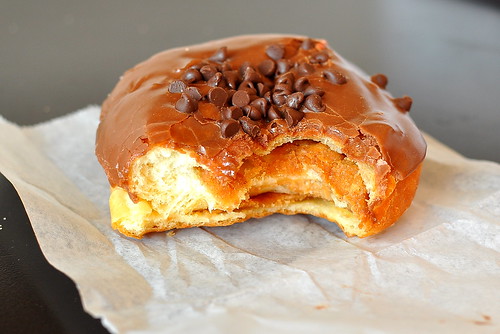 I liked The Huell very much even though it stuck to my teeth and made it difficult to converse with The Astronomer. For those who love their peanut butter paired with chocolate, this doughnut is right on the money.

Stan’s Donuts executes classic Cali-style doughnuts very well, and I’m glad that I swung by while I was in the neighborhood. Until my dreams of gourmet doughnuts in Los Angeles comes true, I’ll continue turning to shops like Stan’s and The Donut Man to feed the beast.