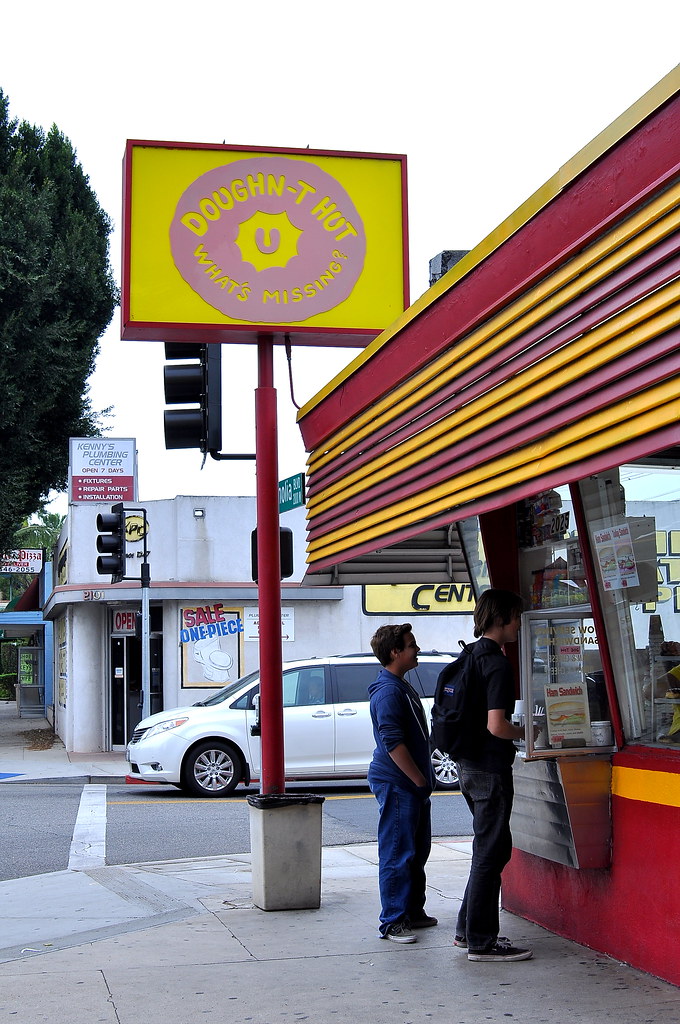 Even though I hardly ever agree with “Best of…” round-ups, I must admit that I cannot resist reading each and every one that comes across my radar. What can I say? Lists are fun!

Take for instance the list of America’s 50 Best Donuts that appeared in last month’s Saveur magazine. The authors’ omission of deep-fried paradises Dough in Brooklyn and Frost in Washington state caused me to question the soundness of the research and the overall validity, but I still couldn’t help devouring the entire issue. Twice. 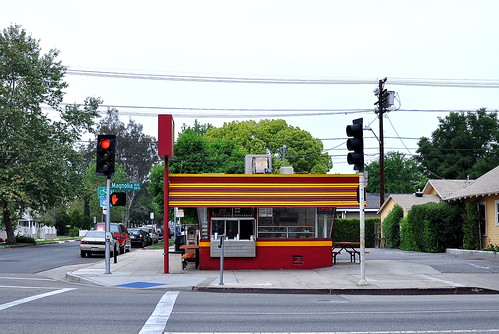 Los Angeles made an excellent showing with a total of four shops making the cut. Joining well-known doughnut powerhouses Stan’s Doughnuts in Westwood Village and The Donut Man in Glendora were Doughnut Hut in Burbank and Earl’s Donuts in Chatsworth. The Astronomer and I hit up both dark horse contenders one Saturday afternoon when family commitments took us to Thousand Oaks. Both shops were on the way, sort of… 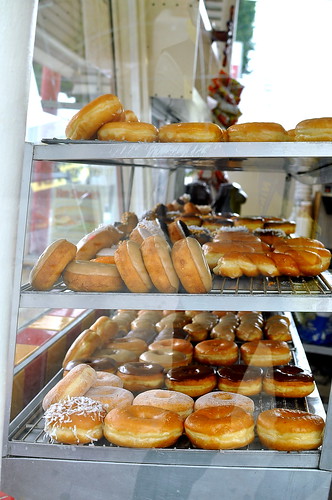 Due to its close proximity to home, we swung by Doughnut Hut first. According to the list, the shop’s orange glaze with “bits of zest” was a real treat, as was the “eggy Frenchie” (a.k.a. cruller). 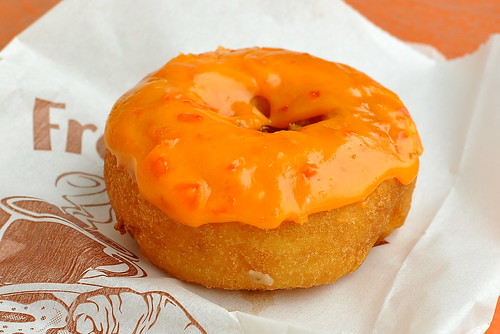 While the orange glazed cake doughnut wasn’t the most naturally hued, its thick coat of icing was impressively organic tasting. The pieces of candied orange peels really packed a solid citrus punch. The texture of the ring was excellent as well—soft, crisp, and not the least bit greasy. 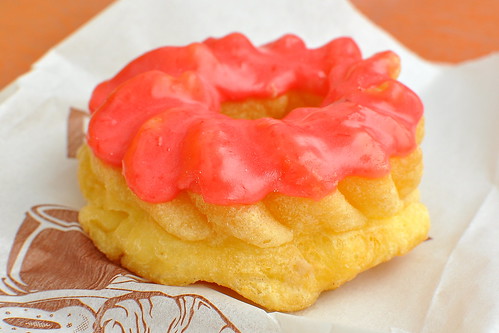 The Astronomer wasn’t too keen on the hot pink “Frenchie” that I selected, but this one really hit the spot for me. The icing was sweet and not much else (in the best way), while the texture of the cruller was custardy yet airy. Taken together, the combination was a most winning doughnut package. 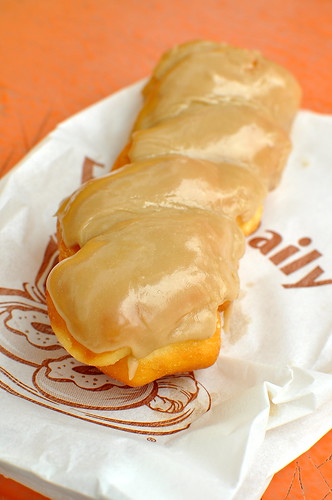 Our final doughnut, a maple glazed twist, was the least successful of the trio. There was something about the the icing’s sickly sticky texture that didn’t gel with us. A shame…

Doughnut Hut: Where the only thing missing is U. True that.

There are more doughnuts to devour on Gastronomy: