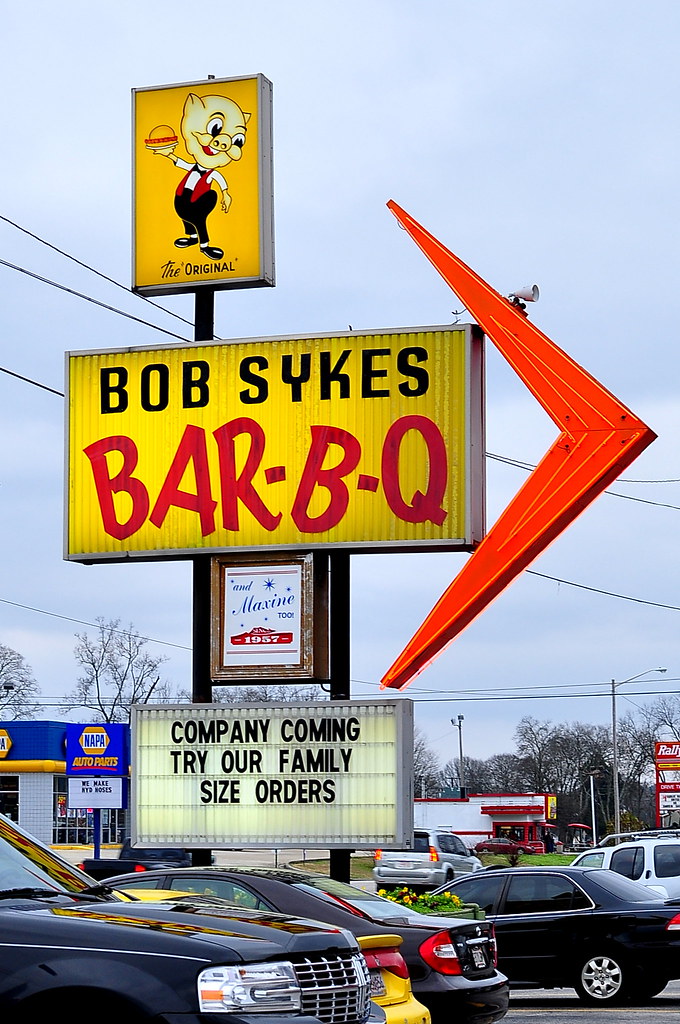 My first-ever visit to Birmingham was during the summer of 2004. On that inaugural trip down South, The Astronomer introduced me to pulled pork with all the fixings at Jim N’ Nicks and the best ribs in town at Dreamland.

We’ve explored much of Birmingham’s barbecue scene since then, but one place has always eluded us due to its out-of-the-way location: Bob Sykes Bar-B-Q. The Astronomer and I, along with the entire Chaplin clan, made the long drive to Bessemer on a cold and cloudy December day for lunch. Barbecue warms the soul and spirit. 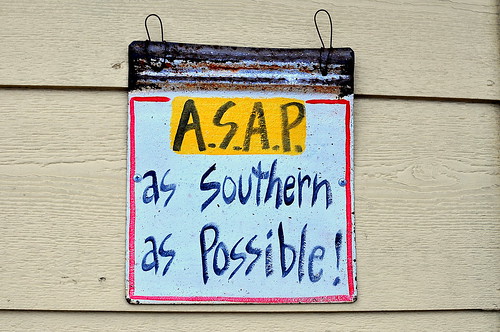 Opened in 1957 by Bob and Maxine Sykes, Bob Sykes Bar-B-Q is considered by many to be one of the best barbecue establishments in town. These days, the restaurant is run by the couple’s son Van, who is one of the founding members of the Southern Foodways Alliance. 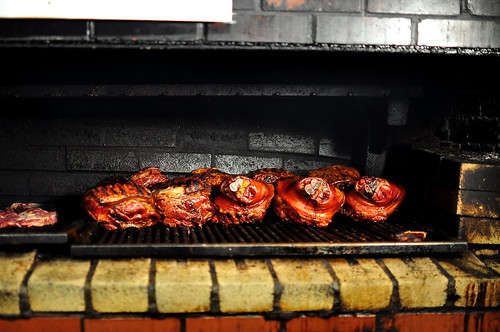 We caught a glimpse of piggy parts being cooked slow and low as we walked up to the ordering counter. Mmm… 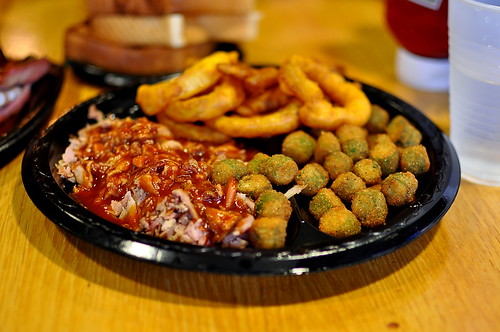 The Astronomer and I shared a generously portioned combo platter that included two meats, two sides, and a tall stack of Texas toast. We selected pulled pork and pork ribs, along with fried okra and onion rings. 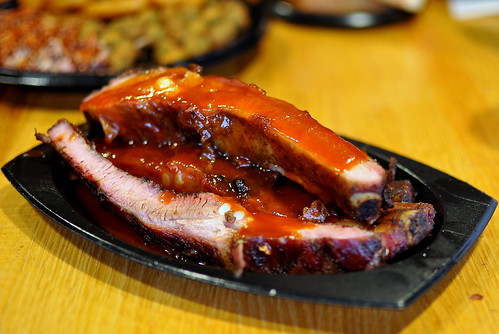 The pulled pork and ribs were both solid—moist and tender with just the right amount of tangy sauce. However, it takes a lot to stand out here in the heart of ‘cue country, and as far as we could taste, Bob Sykes’ cookin’ was perfectly good but couldn’t touch the kitchens of Jim N’ Nicks and Dreamland. 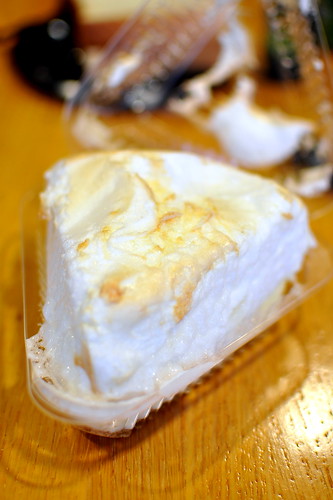 For dessert, we ordered every sweet on offer. The lemon icebox pie rubbed some the right way, but I couldn’t get over its artificial lemon flavoring and thick-ass, foamy meringue topping. 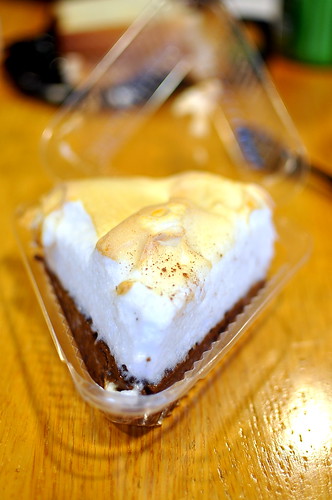 The chocolate pie fared slightly better because I have a soft spot for silky pudding, especially of the boxed variety. 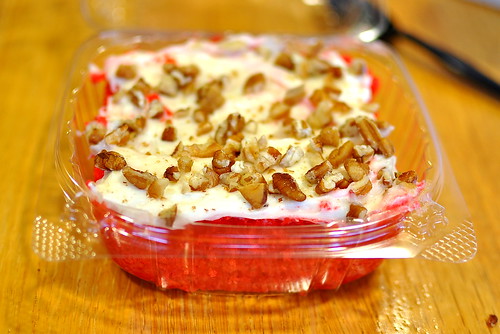 Though dyed an unfortunate shade of orange-pink, the red velvet cake won me over with its superbly soft texture. The cream cheese frosting and crushed pecans topped things off nicely.

We dug into some really good food here at Bob Sykes, but no one particular preparation took our collective breaths away. With some stellar barbecue spots a lot closer to home, chances are slim that we’ll ever find ourselves back in Bessemer. Still, it was fun while we were there.