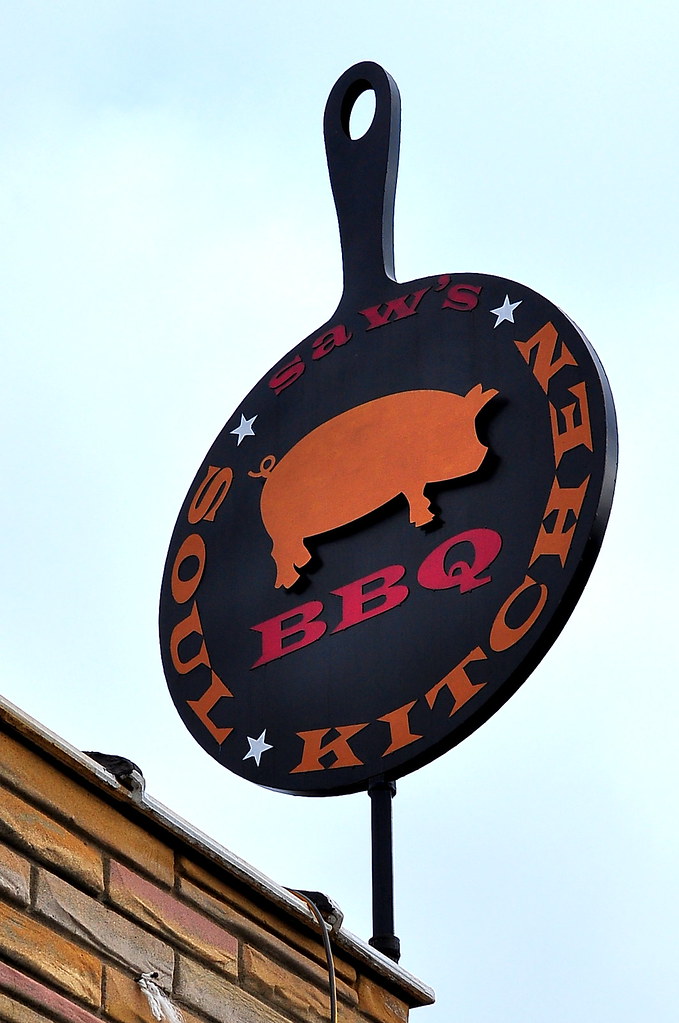 The Astronomer has become quite the foodist these days and I gotta say, I could not be prouder. He points his barber to the best Thai spots in Hollywood and his fellow physicists to the choicest food finds near campus. In addition to mastering the local food scene here in L.A., The Astronomer has become an expert on the culinary developments in his adopted hometown of Birmingham. During our trip down South for the holidays, Saw’s Soul Kitchen was high on his list of new spots to try. 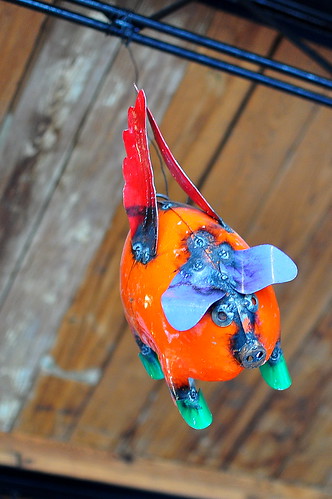 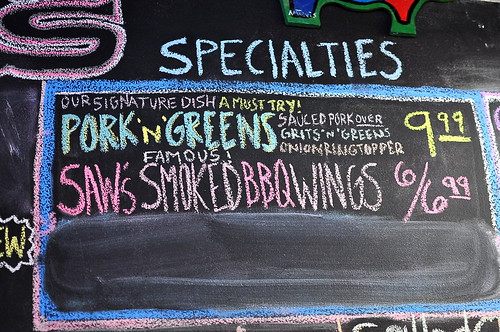 The Astronomer and I arrived during the peak of the lunchtime rush and took our place in the long line snaking through the dining room. Once we reached the cash register, orders were finalized, placed, and paid for. A table opened up as soon as the food was ready—I love it when that happens. 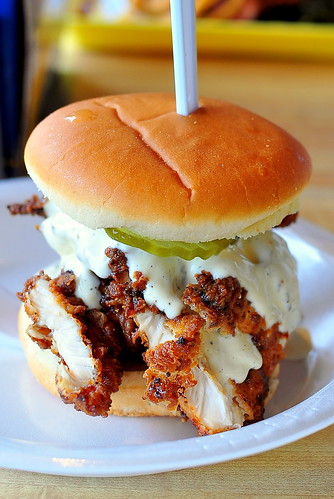 I selected the “Sweet Tea Fried Chicken” sandwich ($6.25) because it sounded so damn intriguing. Sandwiched in between two plushy, white buns were slices of sweetly marinated white meat with a crusty coating, a creamy Ranch-esque dressing, and dill pickles. The sweet tea flavor wasn’t as pronounced as I had hoped, making this sandwich tasty but fairly standard fare. 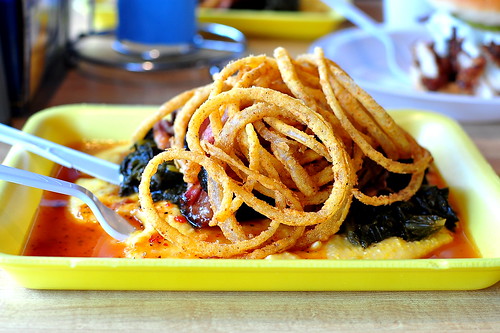 The Astronomer’s “Pork n Greens” ($9.99) were really somethin’—pulled pork and collard greens heaped over McEwen & Sons cheese grits and topped with fried onion straws. This dish encompassed all that is awesome about Southern cuisine, served up in a sunny yellow Styrofoam meat tray.

If The Astronomer keeps sniffing out solid food finds like this one, I’m going to need to change this blog’s tagline: “My husband likes Gastronomy. I prefer Gastronomy.” It doesn’t have as nice a ring to it, but it speaks the truth.