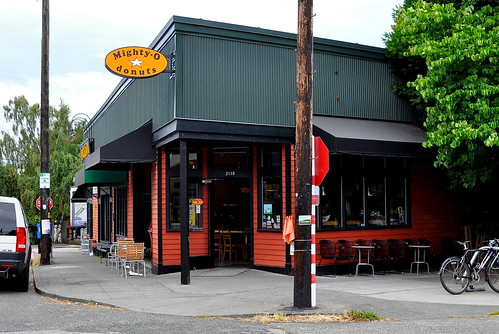 On our final morning in Seattle, The Astronomer and I hopped a bus to the quaint neighborhood of Wallingford to visit Mighty-O Donuts. While I’m usually dubious of fried dough with health claims attached to it, I’d heard such positive reviews of Mighty-O’s vegan offerings that I felt compelled to try them for myself.

I mean, if there’s one town in this world that could produce a delicious doughnut without chemicals, preservatives, hydrogenated oils, artificial colors and flavors, genetically modified organisms, or animal-derived ingredients, I would put my money on Seattle. 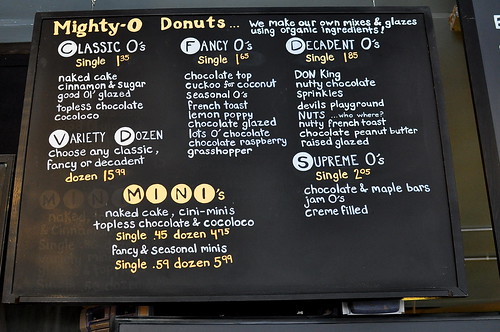 Mighty-O has been selling their unique brand of O’s in the Seattle area since the late 1990s and opened this store in 2003. The shop produces over a dozen different varieties of cake doughnuts each day with either a vanilla or chocolate dough and various toppings. 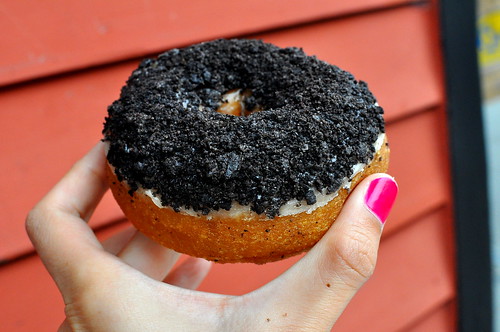 Oreos are a passion of mine, so I chose the “Cookies and Cream” doughnut ($1.85) with a vanilla base, sweet glaze, and crushed chocolate cookies. 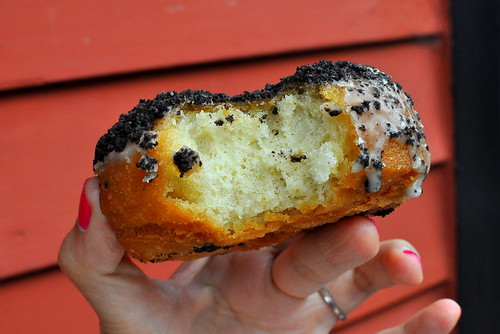 While I prefer the feathery texture of yeast-risen doughnuts, this cake-based one was perfectly likable. The deep fryer imparted a golden glow and crusty exterior to the doughnut.

The toppings, on the other hand, weren’t as successful. The icing and cookies seemed fine at first, but they left a strong and lingering aftertaste that just wouldn’t quit. It was an ironic twist of fate that a chemical-free doughnut left a chemical-tasting film on our tongues. 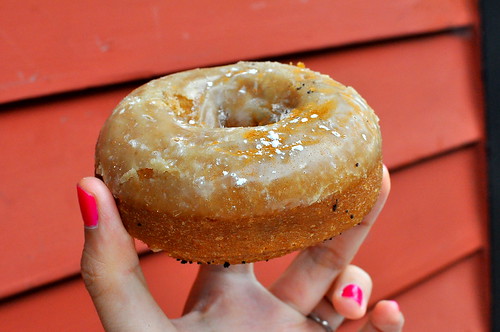 The story was mostly the same with the “French Toast” ($1.65) doughnut. The texture was just fine, but each bite left a most unpleasant something in our mouths. 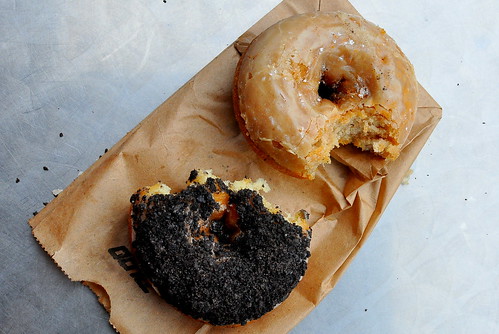 With dynamite doughnuts to be had at Top Pot, Frost, and Street Doughnuts, there’s really no reason to seek out Mighty-O’s vegan specimens while in Seattle.