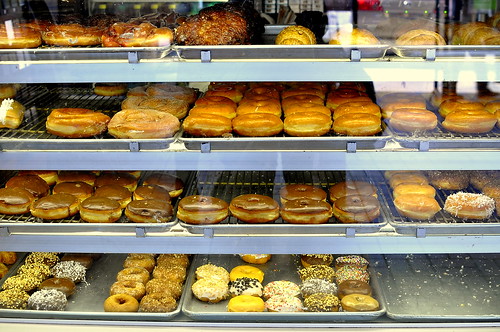 The April issue of Saveur magazine named Earl’s Donuts in Chatsworth one of America’s 50 Best Donuts. Even though I was generally wary of the roundup due to the authors’ omission of Dough in Brooklyn and Frost in Washington state, two of my all-time favorite deep-fried dough purveyors, I had to make my way to Earl’s to taste for myself. Fellow local honorees included Stan’s Doughnuts in Westwood Village, The Donut Man in Glendora, and Doughnut Hut in Burbank. 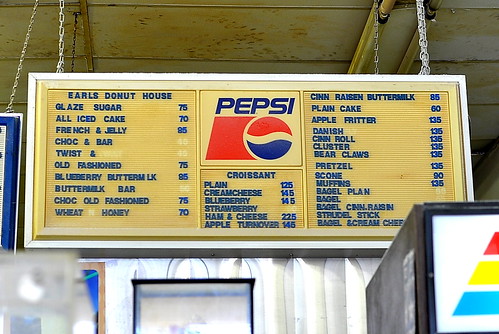 Following lunch at The Munch Box, The Astronomer and I made the short drive to Earl’s for dessert. The shop was plainer than I had imagined, with a smattering of tables and not too much else. Two helpful teen boys worked behind the counter. 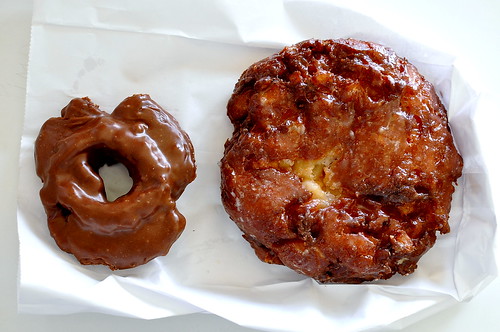 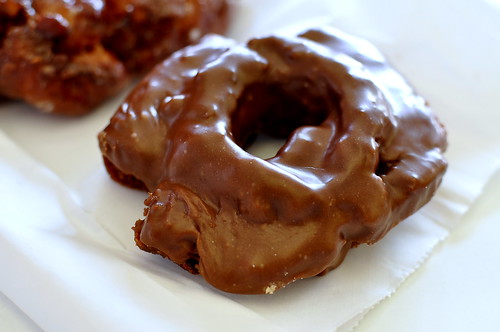 Dense, rich, and enrobed in smooth milk chocolate, the old fashioned delivered a serious sugar high. The apple fritter, with its chunks of real fruit and bevy of cinnamon, treated The Astronomer mostly right, although the center was slightly raw and doughy.

Earl’s makes good doughnuts, but one of America’s best? Nah.

We’re mad for doughnuts on Gastronomy: