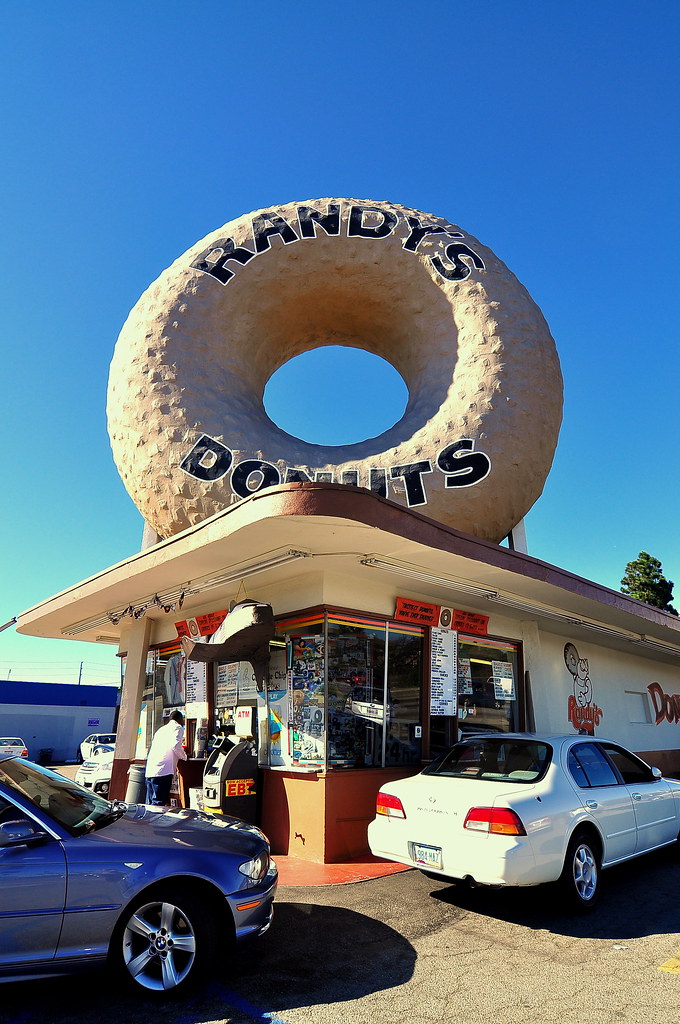 Randy’s Donuts is famous for the gargantuan, doughnut-shaped sign perched atop its building on the corner of Manchester and La Cienega Boulevards in Inglewood. Designed by Henry J. Goodwin, the shop was originally part of the now-defunct Big Donut Drive-In chain. 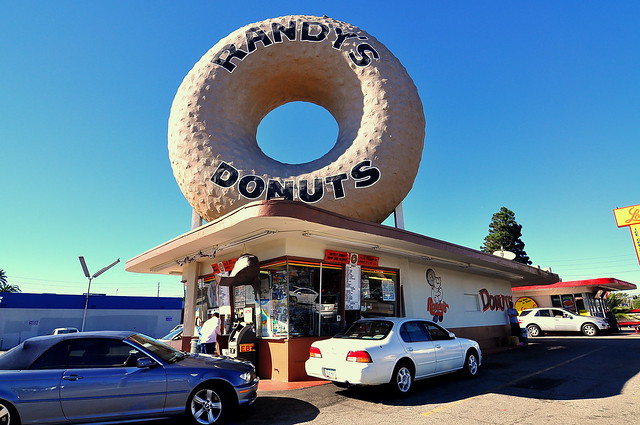 For the past four decades, brothers Larry and Ron Weintraub have owned the 24-hour drive-through operation, maintaining the iconic signage with each passing year. 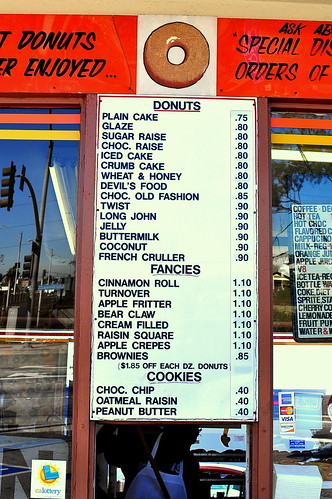 The shop offers deep-fried classics like old fashions, twists, and jelly-filled, as well as “Fancies” like apple fritters and bear claws. All are reasonably priced in the neighborhood of one dollar a piece.

For my inaugural trip to Randy’s, I brought along my friend Nastassia. Her passion for doughnuts rivals mine, so it was fitting that we visit this Los Angeles landmark together. 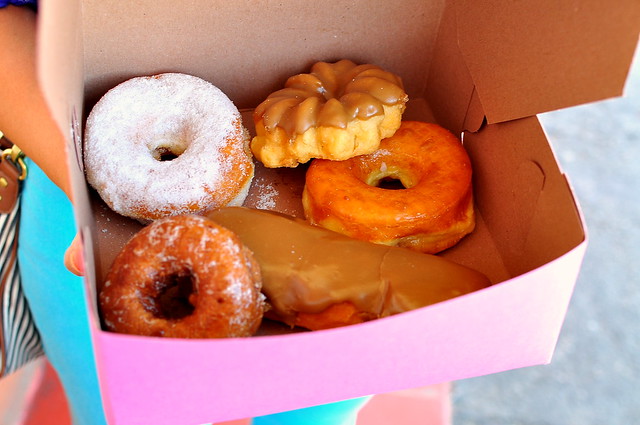 The best-selling and best tasting doughnut was the yeast-risen glazed, a simple ring that reached for the sky and stretched with each bite. Also crammed into our pretty pink pastry box was a so-so maple bar, a solid sugared raised, a mediocre glazed cake, and a pathetic maple crueler.

Not every doughnut at Randy’s was as impressive as the signage, but we really didn’t mind. Nastassia and I ditched the duds, savored the studs, and gazed giddily at that damn beautiful doughnut hovering above us.

It was a good day.