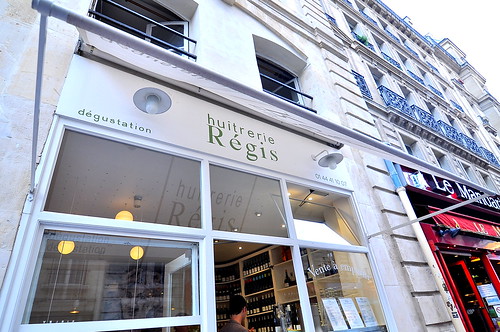 The Astronomer, my mom, and I each had a defined and important role to play prior to taking off on our two-and-a-half week European adventure. The Astronomer was in charge of all manner of logistics. From trains to planes to automobiles, not to mention lodging and scheduling, he made sure that everything was in place for a smooth and stress-free trip. My mother was in charge of language acquisition. As a former student of the French language in Vietnam, she was responsible for learning vocabulary and phrases to help us navigate the country.

I, of course, was charged with the all-important task of making sure that we not only ate well, but weren’t feeling completely overwhelmed by trip’s end. I took my responsibility as the conductor of our culinary tour seriously and orchestrated lunches and dinners that were complementary and calorically responsible. For instance, our indulgent five-course lunch at L’Astrance was followed by a light and simple dinner of oysters, wine, and good bread at Huîtrerie Régis. It was just what we (and our bodies) were in the mood for. 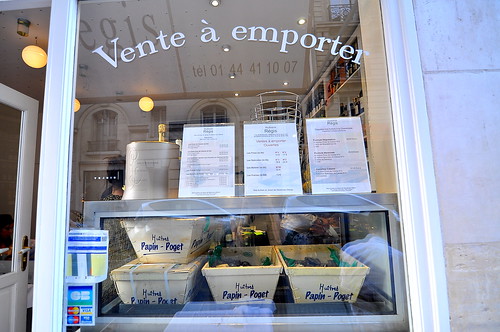 Huîtrerie Régis is a tiny, 20-seat oyster bar in the 6th arrondissement with a devoted expatriate and local clientele. After spending the afternoon battling crowds and admiring art in the sweltering Louvre, we were more than ready for a simple feast of oysters on the half shell. Ah, natural air conditioning. 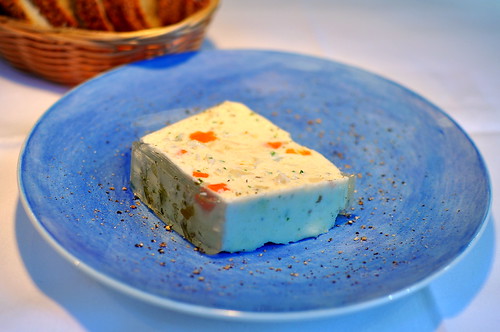 Even though we were trying to keep dinner as uncomplicated as possible, I had to try the terrine de coquille Saint Jacques (€9). The scallop terrine with chives, carrots, and black pepper had a snappy way about it that reminded me of Vietnamese cha lua (steamed pork loaf). It was well-balanced enough to be eaten straight up, but tasted even better with a little bread and butter. 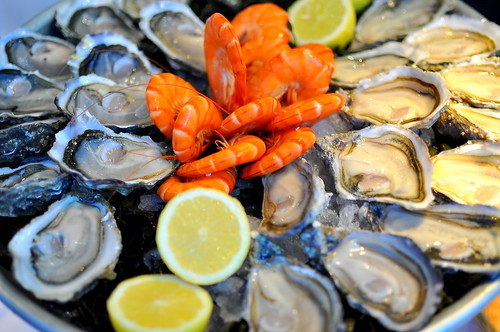 The stars at Huîtrerie Régis were the huîtres, pristine oysters locally sourced from Normandy, Brittany, the Loire Valley, Arcachon Bay, and the Mediterranean. We shared a dozen fines de claire (€21), a dozen spéciales de claire ($29), and a dozen head-on, shell-on shrimp (€19) between our party of three.

The major difference between the two varieties of oysters was their size. The fines de claire, which grow in more cramped spaces (20 per square yard), were noticeably smaller and less fleshy. The spéciales de claire, which grow at ten oysters per square yard, were fatter and more substantial. Size aside, both types of oysters were stellar. Salty, briny, and supple, these were the best oysters I’ve ever tasted. The Astronomer didn’t think too much of oysters prior to dining here, but is now officially aboard the S.S. I ♥ Oysters. Welcome, my friend!

Tip from Mom: Don’t let the nub of tendon holding the oyster to its shell go to waste. Saw it off with a butter knife and enjoy! 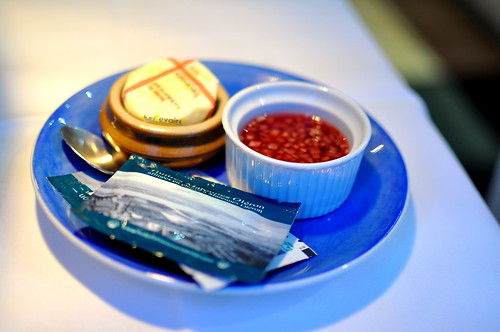 Served alongside the seafood platter were thin slices of rye bread, unsalted butter, and sauce mignonette, a simple concoction of red wine vinegar and minced shallots.

The service at Huîtrerie Régis wasn’t the warmest, but that didn’t keep us from having a great meal. After giving our palates a much needed break, we were primed for more good eating. 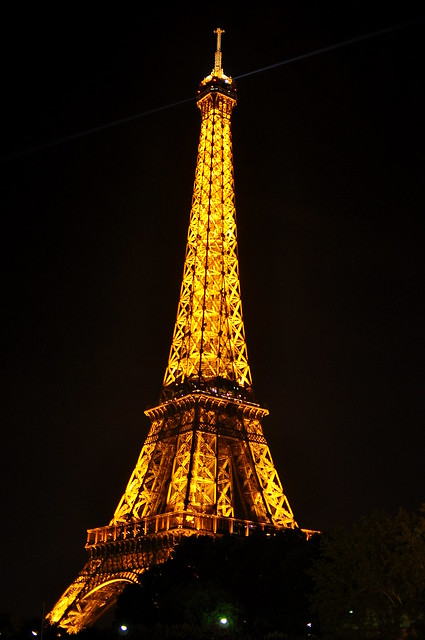 Following dinner, we cruised along the Seine with a boatload of tourists. The Eiffel Tower looked even more impressive lit up after dark.