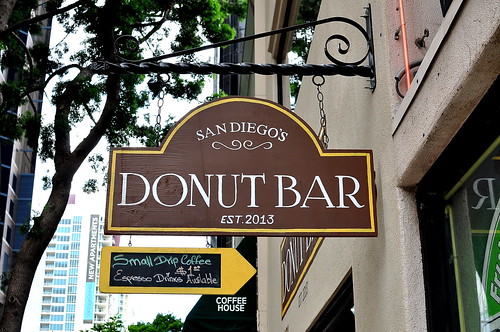 Donut Bar, San Diego’s first and only gourmet doughnut shop, has been on my to-eat list since it debuted this past March. However, pulling myself out of bed on a Saturday morning early enough to grab these highly coveted wares has thus far proved to be impossible.

Recently though, the shop added Sunday hours, which fortunately suits The Astronomer, me, and our dedication to nine hours of snoozin’ much better. 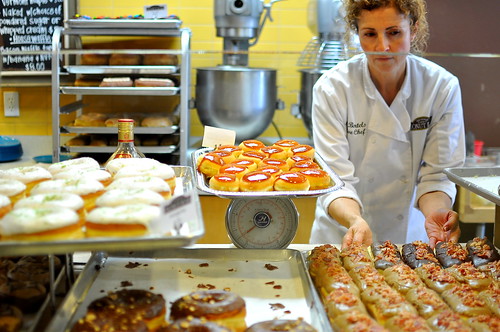 Owned and operated by Santiago Campa and Wendy Bartels in downtown San Diego, Donut Bar is open on weekdays from 7 AM until sold out, and on weekends from 8 AM until sold out. The Bar’s first floor is dedicated to doughnuts, while the second floor lounge is for lingering and waffles. 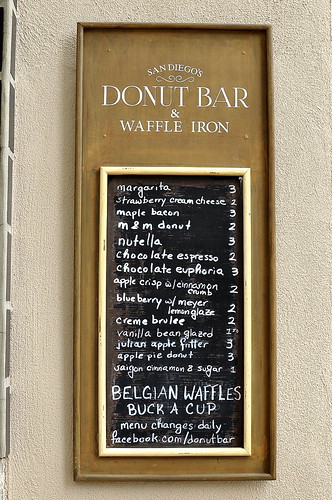 The shop’s ever-changing offerings are posted out front daily, as well as on Instagram (if you swing that way). 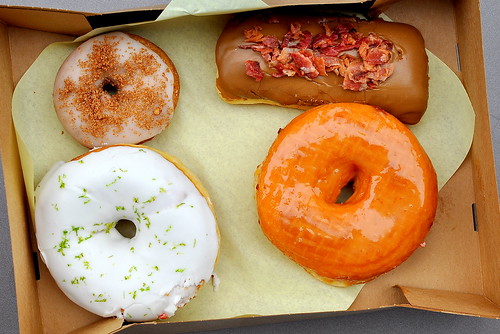 The Astronomer and I selected four doughnuts, three yeast and one cake, and settled on a stoop across the street to tuck into our haul. 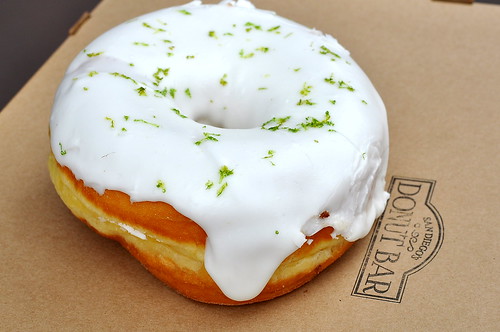 First up was the Margarita ($3), a yeast-risen ring doused in a thick, tequila-tinged glaze and finished with lime zest. While the texture of the dough was promisingly pillowy, the super-sweet glaze, goopily applied, was completely unappealing. I like my margaritas tangy, sour, and salty, and this doughnut was strictly sweet. 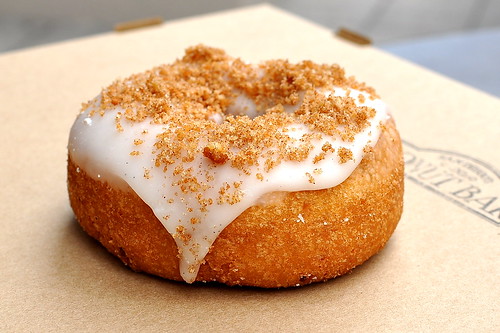 The Astronomer quite liked the Apple Crisp with Cinnamon Crumb ($2) cake doughnut, but would’ve appreciated fresh fruit somewhere in the mix. It was all dough and icing. 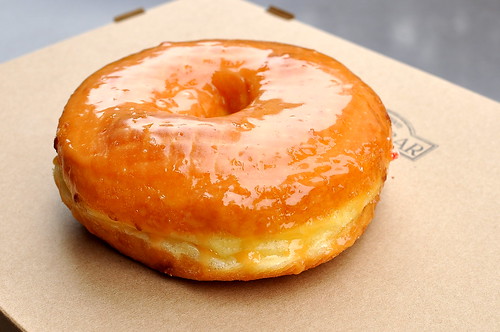 Whereas the Margarita had a lovely texture but an awful glaze, the Salted Caramel ($2) was the opposite. While the dough here wasn’t tops, the perfectly balanced salted caramel had me singing its praises. 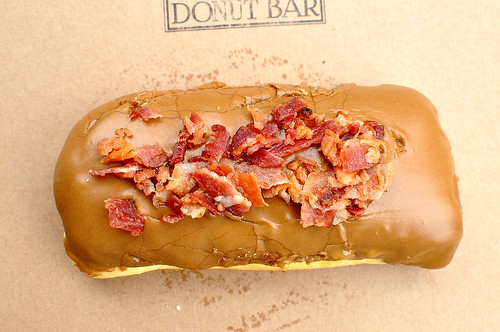 The most successful doughnut of the four was the Bacon Maple Bar ($3). Both its texture and icing were on point, while the bacon added a special bonus like only it can.

The Astronomer and I had a pleasant enough breakfast at Donut Bar, but the inconsistency of the yeasted dough kept us from totally falling hard. We’d return for a sweet something if we were ever in the neighborhood, but wouldn’t go out of our way (or set an alarm clock) to get our hands on more.

Hot from the fryer…more doughnut coverage on Gastronomy: