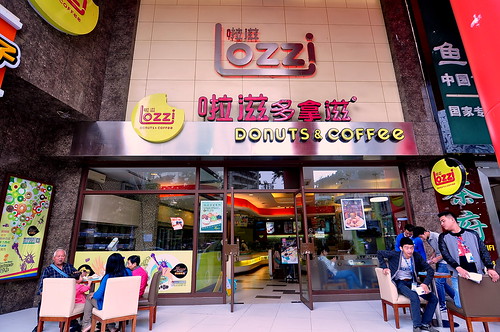 Doughnuts have a way of finding me, even when I’m in China.

While strolling along the wide boulevards of Chengdu, walking from one restaurant to the next, no doubt, The Astronomer and I stumbled upon Lozzi Donuts & Coffee. Even though I knew in my gut that these deep-fried wares weren’t worth my precious stomach real estate, curiosity got the best of me and in we went. 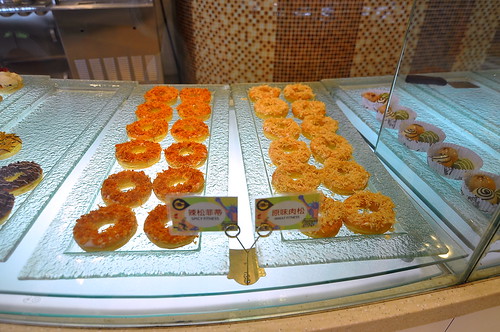 Lozzi’s brightly-lit and cutely appointed shop had me feeling hopeful about the doughnuts on offer. Each of the nearly three dozen varieties boasted awesome toppings and even more awesome names. “Banana James,” anyone? How ’bout “Fundy Talk”?

I was particularly intrigued by the savory doughnuts, “Spicy Fitness” and “Mwat Fitness,” which were garnished with pork floss, but The Astronomer gave me a disapproving look and steered me in a different direction. 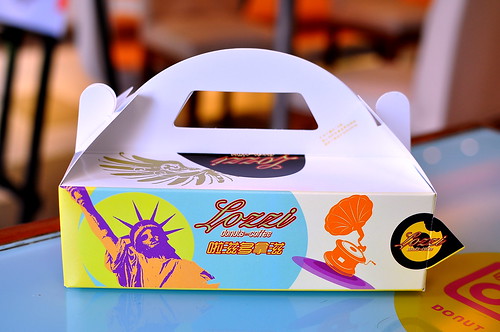 After much hemming, hawing, and perusing, I finally settled on two doughnuts that were presented in a neat box featuring Lady Liberty and a gramophone. 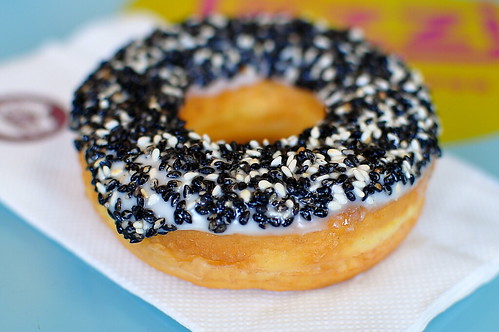 My first selection looked enticing as heck with its vanilla glaze and two-toned sesame seeds, but its texture fell totally flat. Yeast-risen rings ought to taste light and pillowy, but this one was dry and stale. 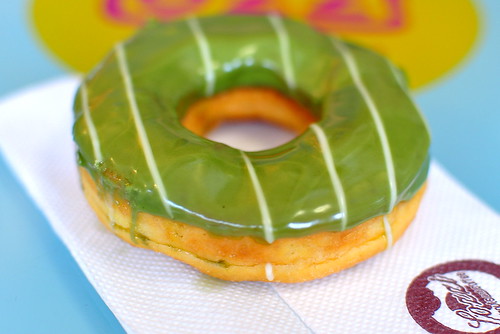 The “Green Tea Raised” didn’t fair any better, suffering from the same subpar mother dough. On an upbeat note, the matcha glaze was tasty enough to be scraped off and consumed!

One does not travel to Chengdu for doughnuts, but the allure of Lozzi Donuts & Coffee could not be denied. Even though both doughnuts were pretty pathetic, I have no regrets about giving this Chinese take on an American doughnut shop a chance. Vacations were made for messin’ around.

Mad for doughnuts on Gastronomy: