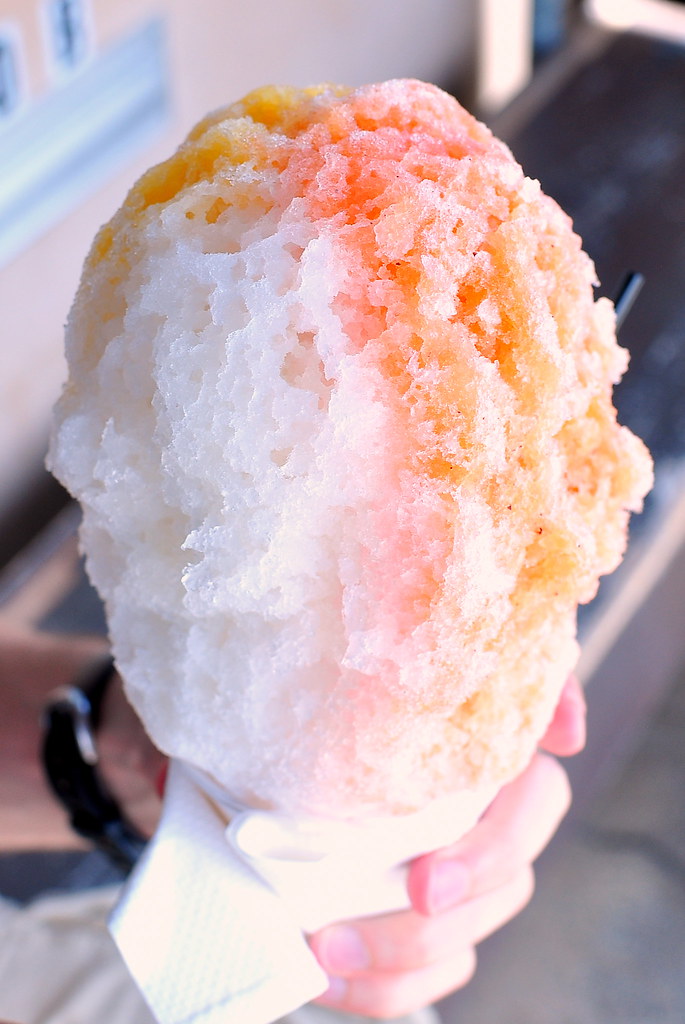 Between me and Luscious, it’s hard to say who has the bigger sweet tooth. One of my fondest memories of my girlfriend’s insatiable capacity for desserts was when she visited me in Philadelphia back in 2007. Even though it was the middle of winter, she couldn’t go a day without three scoops of gelato from Capogiro. Once, she even visited the store four times in a 12-hour period! Truly, I’d never been prouder to call her my friend.

Needless to say, when we get together, every dessert in our line of sight gets mauled—neither a crumb is left on the plate nor snow left in the cone. While in Honolulu, she took us on a tour of her favorite sweets shacks—here’s what we stuffed down our gullets: 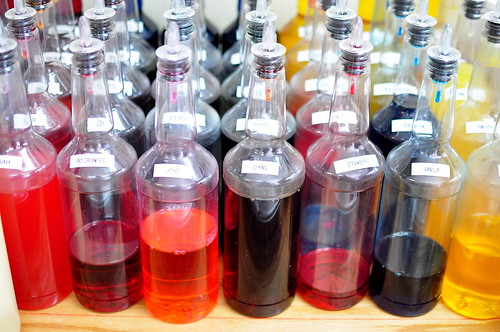 There is a lot of shave ice to be savored in the Land of Aloha, but no one piles it quite as high as the folks who run Shimazu Store. 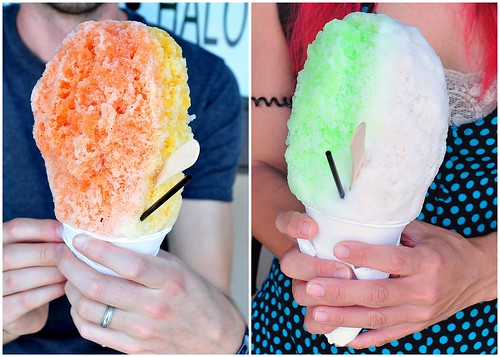 Larger portions means more surface area for sugary syrupy action! The Astronomer and I shared one drizzled with coconut, passion fruit, and my favorite, li hing, while Luscious went for soursop and lychee. As hefty as they were, we polished these off without any trouble. 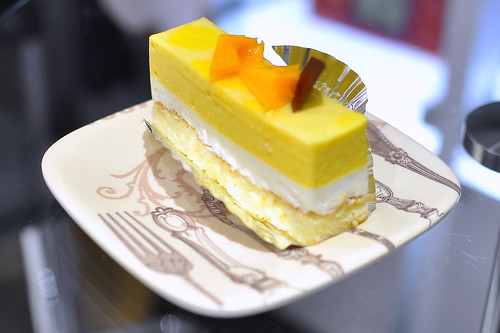 When Luscious is feeling a little fancy, she heads to Patisserie La Palme D’Or in the Ala Moana Shopping Center. This patisserie brings “a blend of French flavor and Japanese craftsmanship to the islands.” 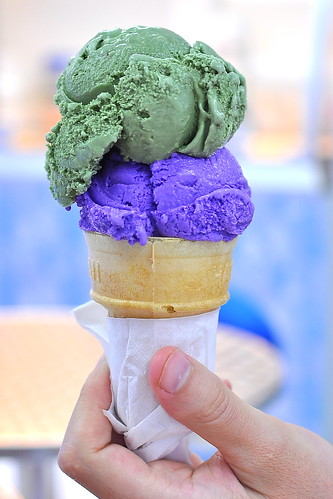 When it’s good old fashioned ice cream that Luscious is in the mood for, only scoops of Dave’s Hawaiian Ice Cream will do. Started by David Leong in 1982, the company produces over 50 flavors, including excellent renditions of green tea and ube. 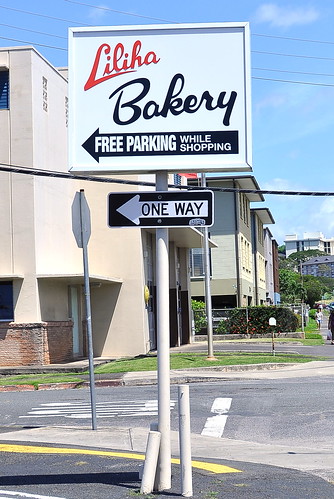 Local favorite Liliha Bakery has been around since 1950, but it wasn’t until the 1970s that its now-famous “coco puffs” were introduced. The shop sells between 4,800 and 7,200 every day, according to its website. 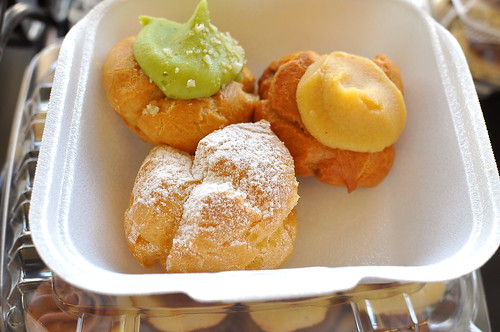 The original coco puff pipes chocolate pudding straight through the heart of an airy choux pastry to grand effect. Also delightful are the ones filled with green tea and vanilla custards. 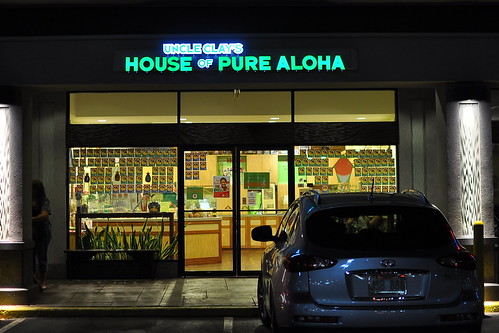 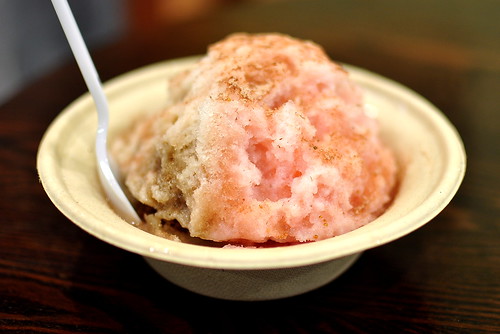 The Astronomer and I shared the house-special “Hawaiian Superman,” doused in half strawberry and half li hing syrups, soaked with “dream sauce,” sprinkled with all-natural li hing powder, and topped with an all-natural li hing seed. Every spoonful was sweet, salty, tangy, and creamy. 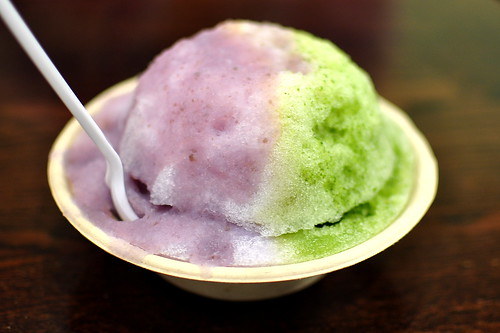 Liana’s pick included half ube and half kale, which was equal parts refreshing and nutritious. 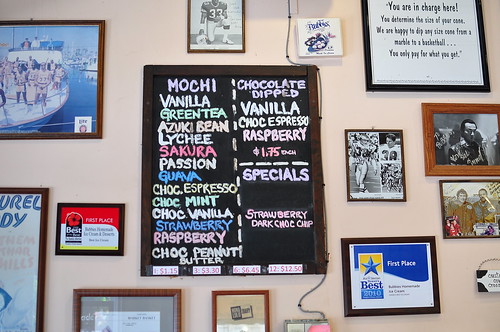 And then there was Bubbie’s, purveyors of the island’s best mochi ice creams—ice cream enrobed in sweetened, pounded sticky rice. 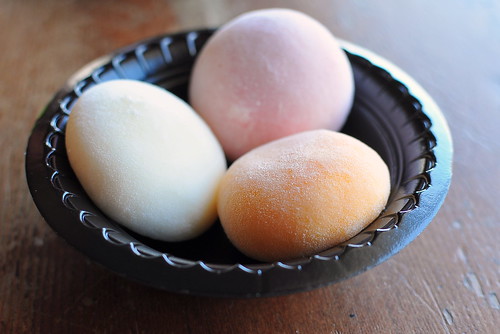 We dug into fruity flavors like mango, guava, passion fruit, and raspberry, as well as specialty ones like sakura (cherry blossom). 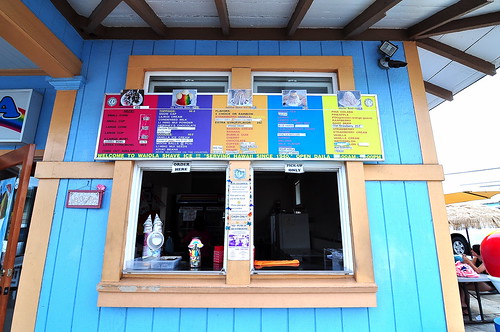 And finally, a stop at the island’s most famous shave ice stand: Waiola. We visited the newer outlet in Kapahulu. 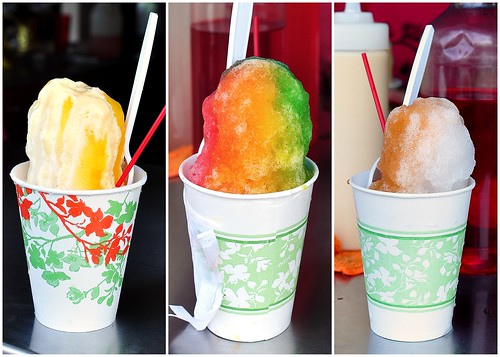 A rainbow of choice choices, each one benefiting from a scoop of vanilla ice cream.

How sweet it is to live in Honolulu.