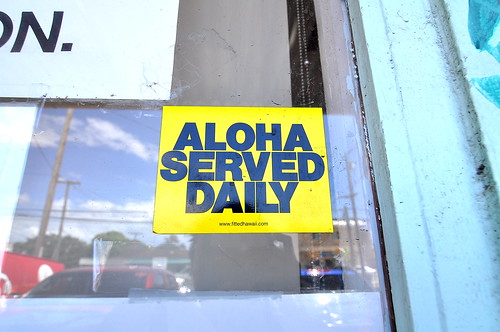 For traditional Hawaiian fare prepared with homey flair, The Astronomer, Luscious, and I lunched at Honolulu institution Helena’s Hawaiian Food.

Opened in 1946 by Helen Chock, this unassuming spot was the recipient of the James Beard Foundation’s Regional Classic Award back in 2000 for its “quality food, local character, and lasting appeal.” It was easily one of my favorite meals from the trip. 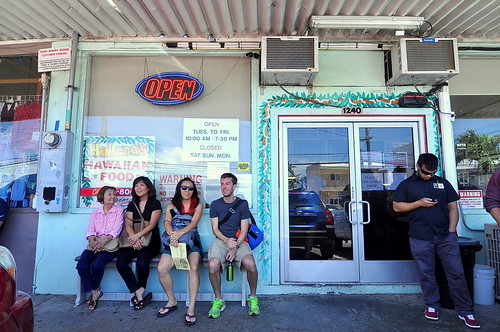 Helen’s grandson Craig Katsuyoshi currently runs the restaurant, and judging from the weekday crowds, he’s doing a tremendous job. The wait for a table was fierce at this nearly-70-year-old spot. 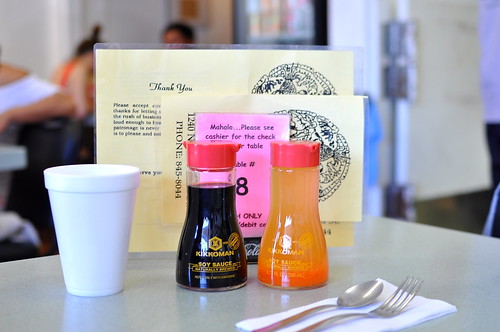 The menu here is really quite something, offering a delicious crash course in Hawaiian food history. Upon perusing the bill of fare, we three decided to order one of everything (almost), using Jonathan Gold and Roy Choi‘s spread as our guide. 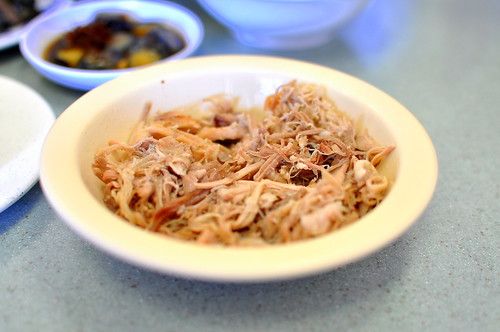 The food began to arrive just as soon as we said, Mahalo. First up was a small order of damn tender Kalua Pig ($3.20) prepared traditionally in an imu (dirt pit). Proper pork without having to endure a cheesy hotel luau? Sign me up. 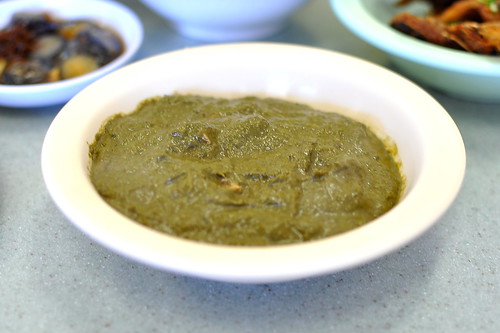 While the Lu’au Squid ($3.95) wasn’t the prettiest plate on the table, it was definitely one of the tastiest. To make this beloved dish, young taro leaves and squid are simmered in coconut milk until the leaves turn to mush. The result is a comforting bowlful that’s downright irresistible. 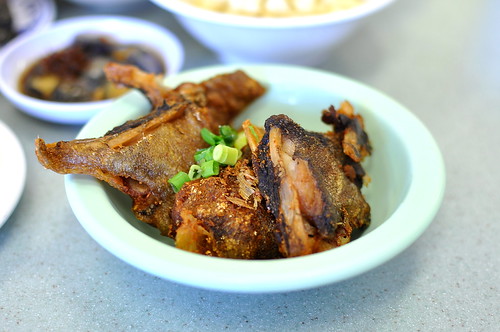 The Fried Butterfish Collar ($5.25) made for some gnaw-worthy bites with its crispy skin and flavorful flesh. 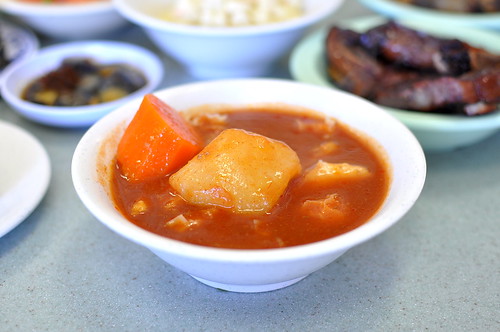 The Tripe Stew ($3.95) made with homemade chile pepper water wasn’t The Astronomer or Liana’s cup of tea, but for stomach-lining-loving me, it was satisfying through and through. 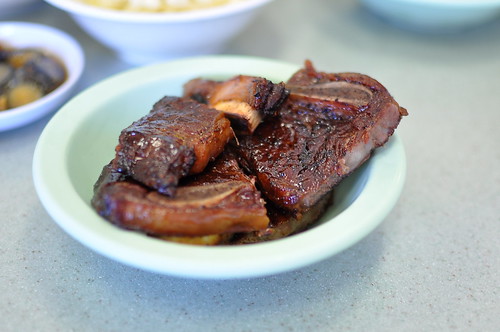 Universally appealing were the glossy, glazed pipikaula-style short ribs ($5.45). These were tender, smoky, and everything good. 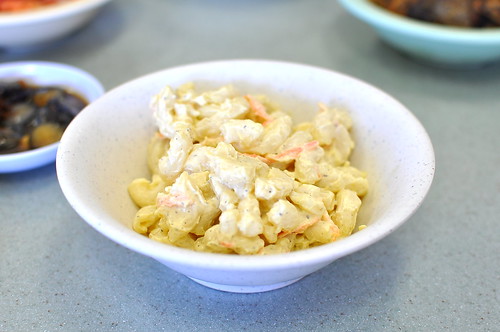 A plate lunch isn’t a plate lunch without some proper mac salad. You bet your boots I went to town on this creamy bowl o’ greatness. 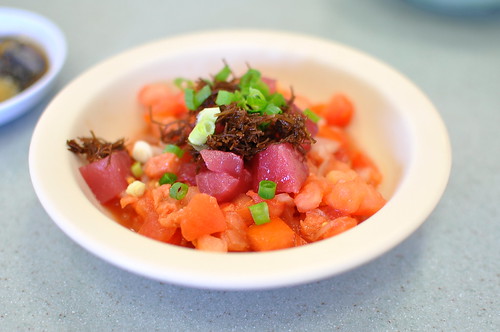 The only dish that didn’t impress was the Lomi Salmon with Tuna & Limu ($4.95). The combination of watery tomatoes and hacked-to-bits salmon just didn’t appeal. 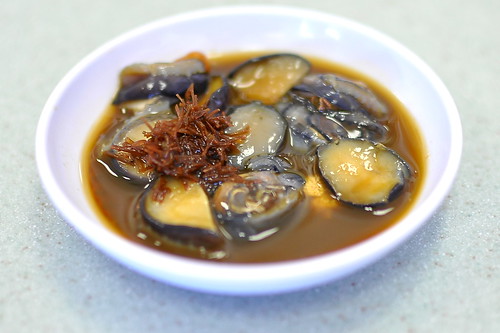 The funkiest dish at the table was the opihi ($3.95), local sea snails that are considered a delicacy. They tasted of the sea—the chewy, chewy sea. 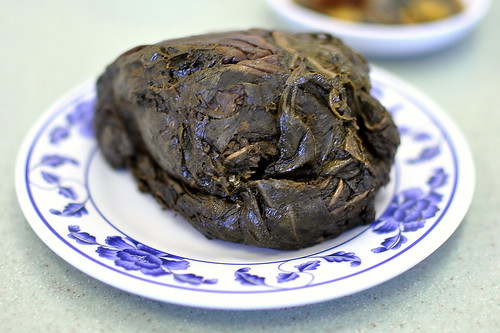 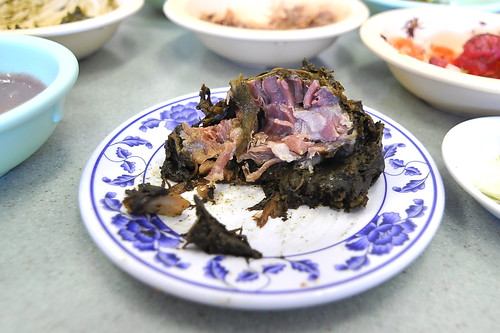 Because there’s no such thing as too much pork at the table, we also shared the laulau ($4), a native Hawaiian dish comprised of pork wrapped in taro leaf. Unwrapping the greens to reveal the meat felt a little like Christmas morning. 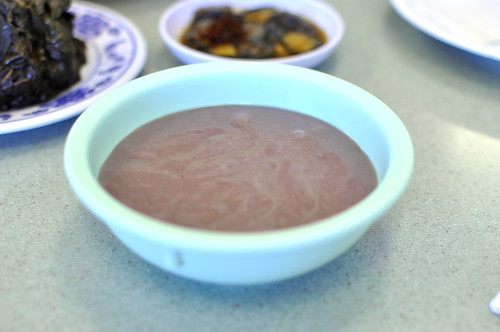 The final savory on hand was a serving of poi ($2.95). The mashed up taro paired well with the slew of proteins at the table. 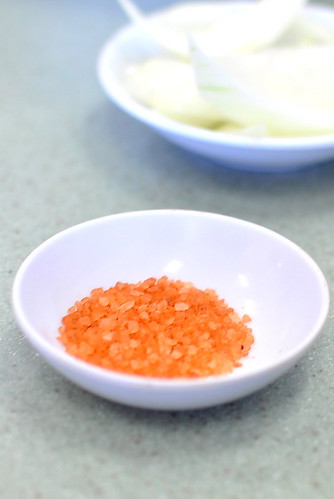 Sliced raw onions and Hawaiian salt were available to season and garnish the spread to our liking. 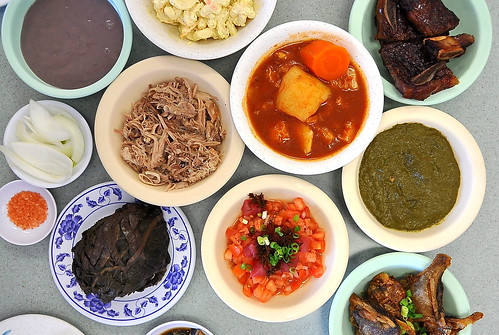 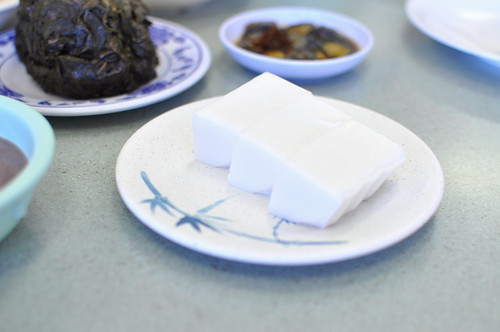 For food lovers looking to explore Hawaiian cuisine beyond Spam and shave ice, a meal at Helena’s is a must.