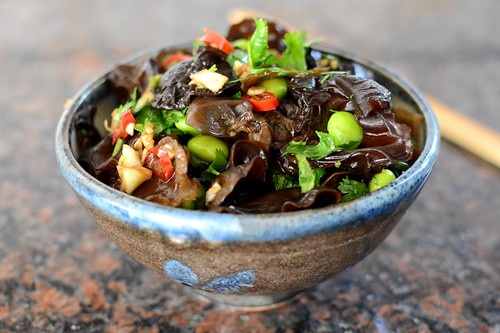 The Astronomer and I celebrated our fifth wedding anniversary this past weekend. As is tradition around here, festivities included reliving our wedding banquet at Five Star Seafood Restaurant in San Gabriel (the food was as delicious as ever) and cooking up a little something inspired by old school anniversary gifts. Thus far in our marriage, The Astronomer has been gifted Paper, Cotton, Leather, and Fruit.

Since it is customary to bestow wood upon one’s beloved in recognition of the fifth anniversary, I prepared a Chinese wood ear mushroom salad with edamame (mu’er maodou shala) using a recipe from Issue #140 of Saveur magazine.

This vibrant salad brightens snappy wood ear mushrooms with chilies and vinegar. It works great as a cold appetizer or as a side dish, depending on what your spread calls for. Really though, it’s impossible to go wrong, because nothing says “I love you” like prepared reconstituted fungus. Trust me. 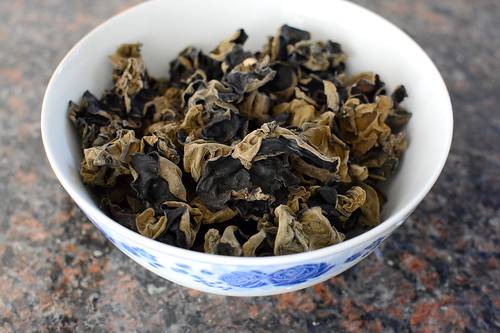 Place mushrooms in a bowl and pour over 8 cups boiling water; let sit until soft, about 45 minutes. 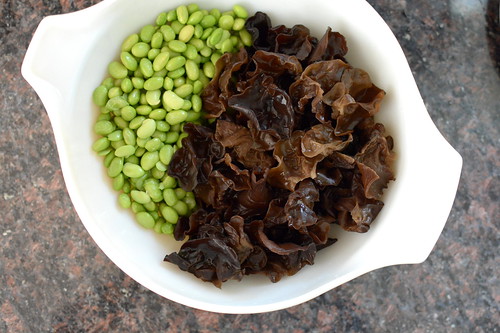 Drain mushrooms; tear into large bite-size pieces. Transfer to a large bowl and toss with edamame; set aside. 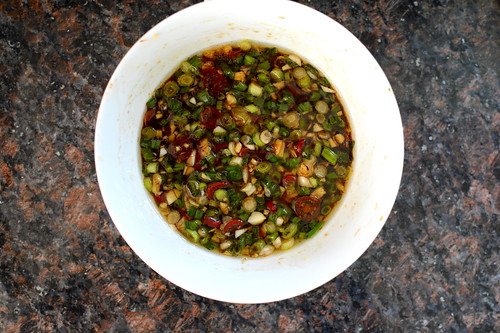 In a small bowl, whisk together vinegar, oil, soy sauce, and sesame oil until smooth. Then, add the cilantro, garlic, chiles, and scallions. Let the dressing rest for 20-30 minutes in order for the flavors to meld (optional) before dressing the mushrooms and edamame.

Chill salad in the refrigerator until ready to serve. 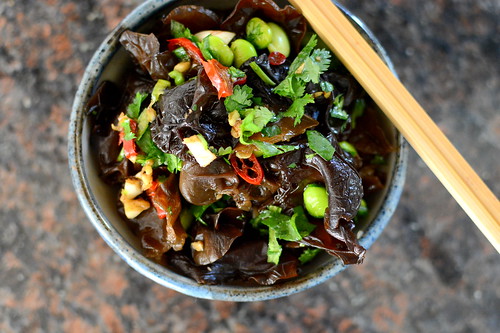