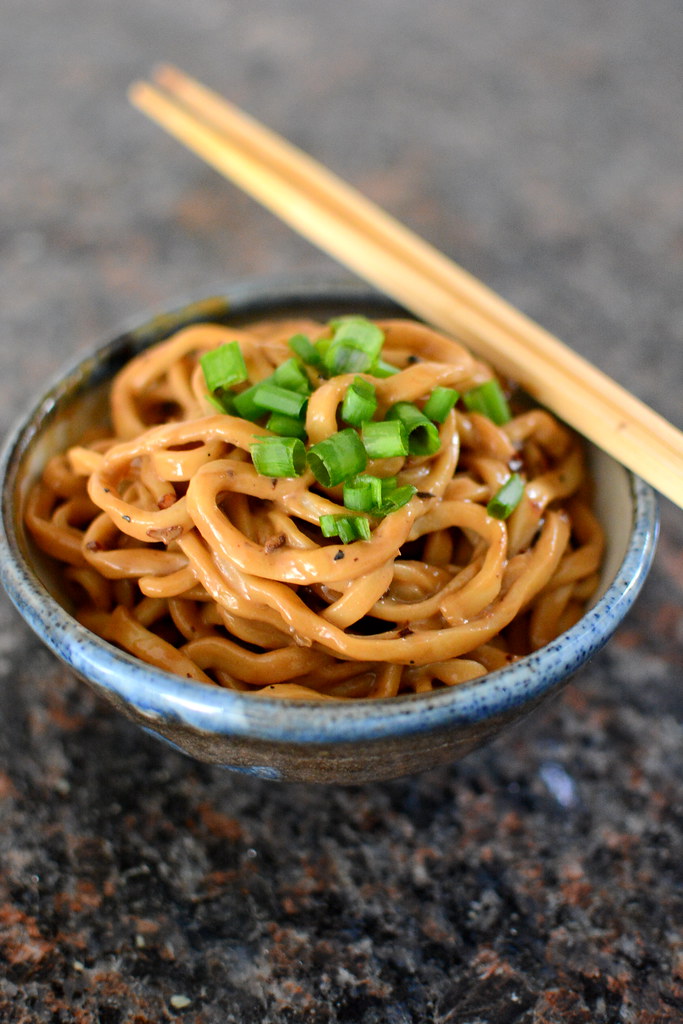 I procured some Sichuan peppercorns following our Chengdu travels two Septembers ago, but left them untouched in the cupboard until stumbling upon this recipe for Sesame Noodles with Chili Oil and Scallions in the June 2013 issue of Bon Appétit.

What made these noodles something to talk about was the chili oil made from scratch with fresh scallions, crushed red pepper flakes, and tongue-quivering peppercorns. Mixed with tahini, rice vinegar, and soy sauce, the chili oil packed enough heat to make us sweat and imparted the kind of nuanced flavor that kept our chopsticks coming back for more.

I prepared these noodles to accompany a Chinese Wood Ear Mushroom Salad, because man cannot survive on fungus alone. Sharing similar flavor profiles, the two dishes complemented each other and made for a perfectly satisfying vegetarian lunch. Note to self: add broccoli, eggplant, and tofu to the noodles next time around for a well-balanced, one-dish meal.

For the chili oil 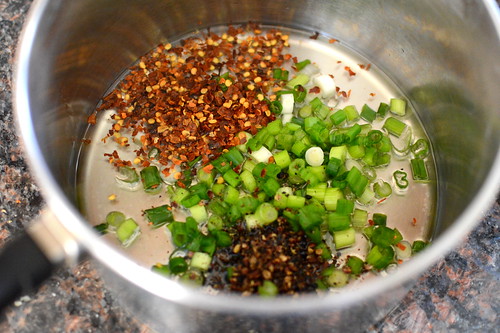 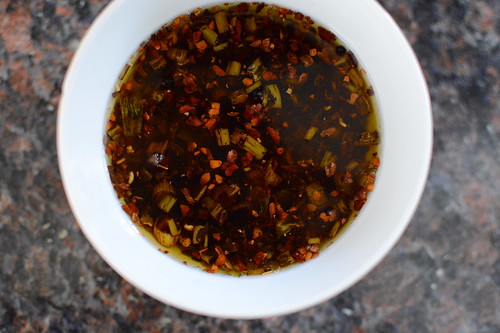 Let chili oil cool in the saucepan or in a bowl. 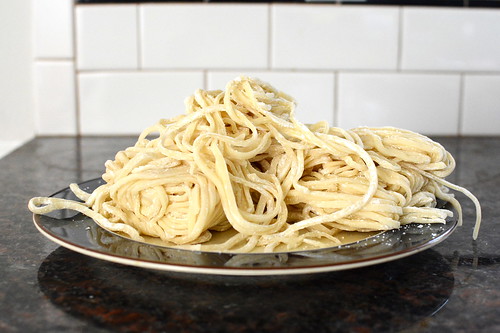 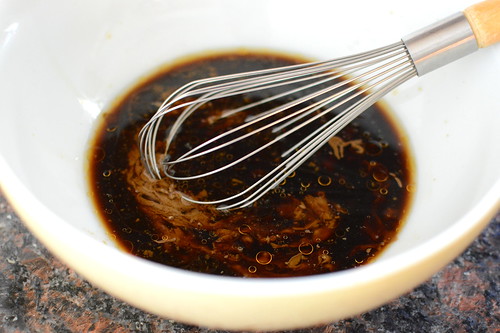 Whisk together tahini, vinegar, soy sauce, sesame oil, sugar, and 4–6 tablespoons chili oil (depending on desired heat) in a large bowl; season with salt. Add noodles and toss to coat. 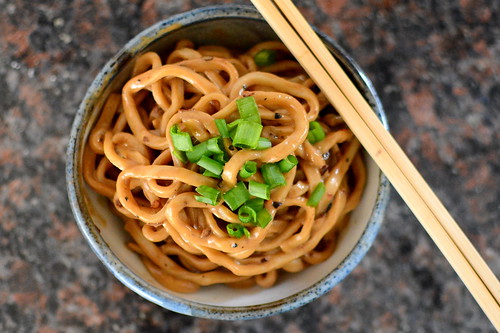 Top with scallion greens and drizzle with more chili oil.

Noodles! And lots of them. Get into the kitchen: