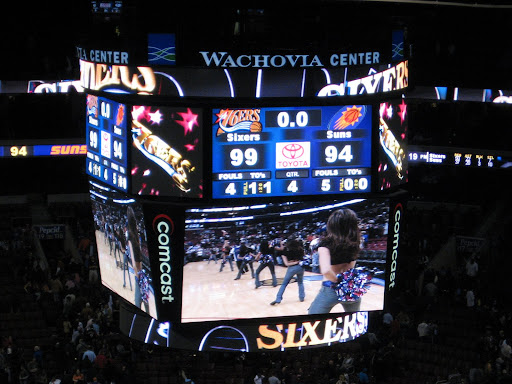 The Gastronomer and I recently attended a Philadelphia 76ers game, and as halftime approached several of my friends and I succumbed to a scoreboard ad touting greasy and delicious funnel cakes outside section 114. Funnel cakes have long been one of my favorite sweet treats—better than a donut, they provide the perfect closure to a day at a fair or amusement park. When the opportunity to indulge arises, it is hard for me to resist.

When we arrived at the funnel cake stand, there were at least 30-40 people in line. After deliberating briefly, we decided that the wait would be worth it. Little did we know that the small deep fryer could only hold two funnel cakes at one time, and that we would miss almost the entire third quarter. While my friends and I waited in line, the Gastronomer struck up a conversation with the funnelers. She returned to report that behind the stand lived a “kind woman putting kind powdered sugar on the kind funnel cakes” and a man cooking in the dark. In surprising news, the cakes and frying oil were proclaimed to be trans fat free. This information gave us courage to persevere as the line crept forward. 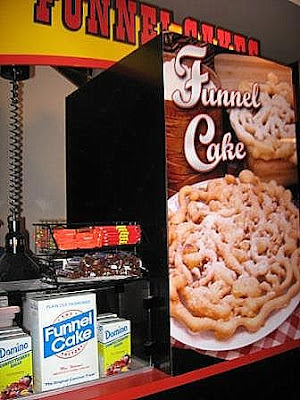 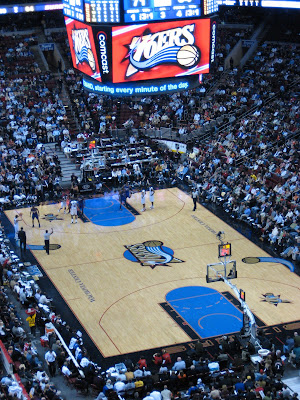 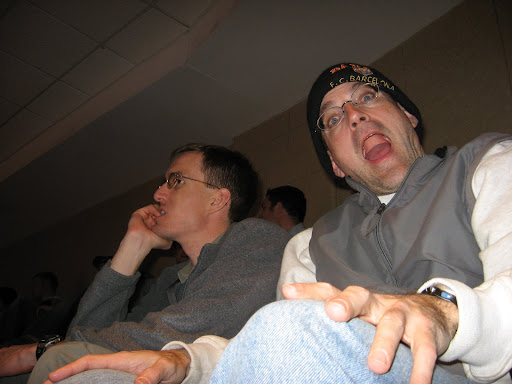 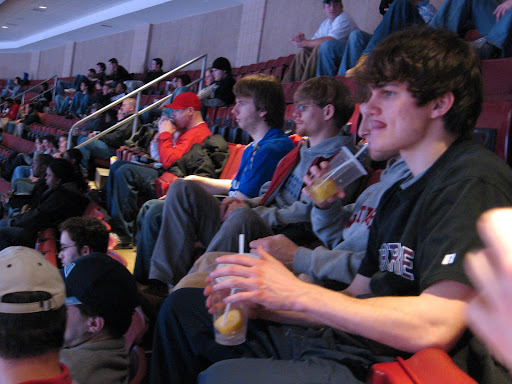 When we finally received our funnel cakes, I was struck by the fact that they seemed to be rather small. The powdered sugar-to-dough ratio for funnel cakes is always rather high, but these were ridiculous. The skimpy portion of actual cake was disappointing but not unexpected—arena concession stands exist for no other purpose than to inflate the profits of the stadium owner and teams. Fortunately, when I bit into one of the light and slightly crispy strands, my mouth was filled with the classic taste that I have come to love. If I breathed too hard on the cake, a cloud of sugar would rise into the air and coat my clothes—just as it should be. I finished half of the cake before we even made it back to our seats. The Gastronomer tried a bit of the cake and liked it enough to have another.

Funnel cakes are pretty much all the same, and I would rate this one as about average. The batter was good, although maybe a little too crunchy at the edges, and the sugar served its purpose but was certainly overdone. I thoroughly enjoyed eating it, but in the final analysis, I’m not sure the cake was worth missing almost ¼ of the game.

Next time I’m at the Wachovia Center, I’ll probably pass.