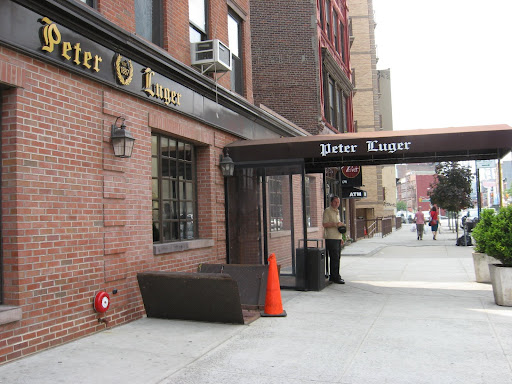 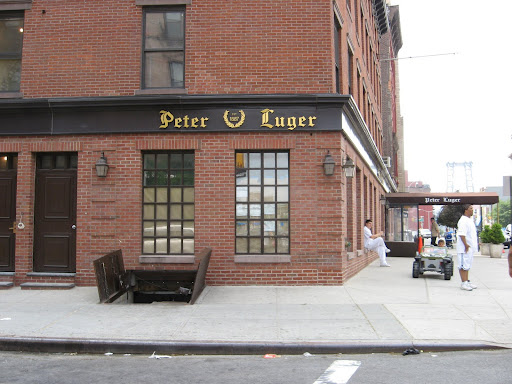 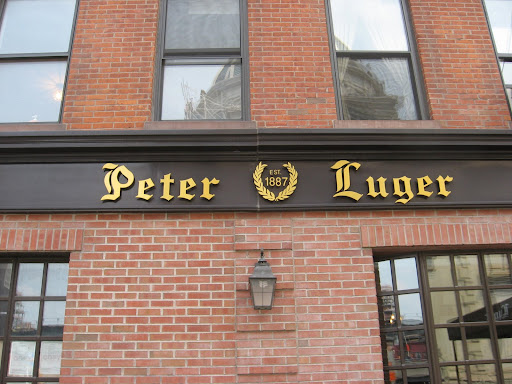 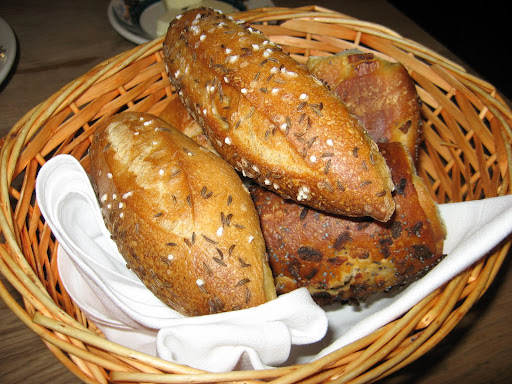 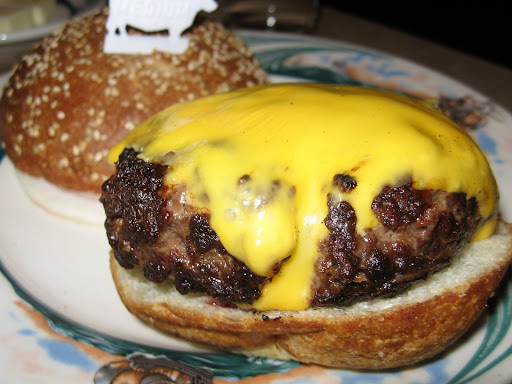 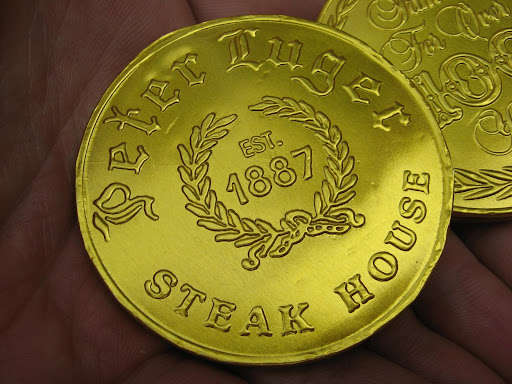 After a seven mile run along the scenic East River, The Astronomer and I were ready for day two of our food tour. We hopped on the F train, transferred to the M, and eventually arrived in Williamsburg, Brooklyn at Peter Luger.

Peter Luger is famous for their superior steaks, but we came for their lesser-known hamburger. Ever since discovering Alan Richman’s list of “The 20 Hamburgers You Must Eat Before You Die,” I’ve been aiming to try them all. Richman’s fourth ranked Rouge Burger in Philadelphia did not disappoint, so I had particularly high expectations for the second ranked Luger Burger. 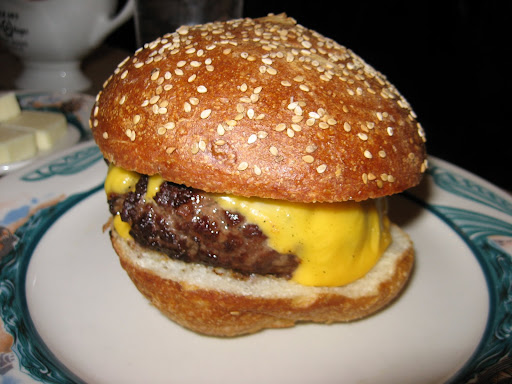 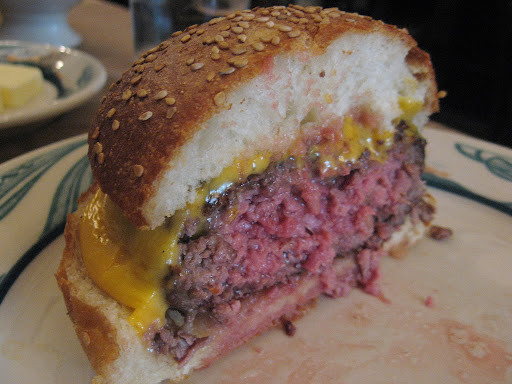 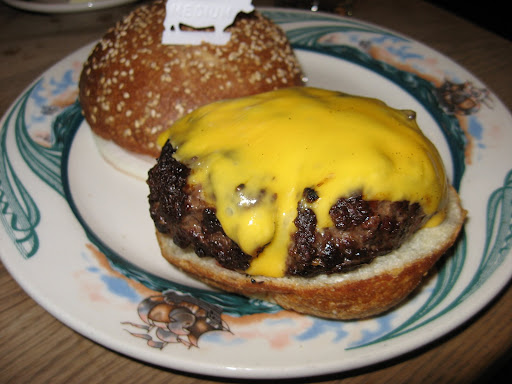 The Astronomer and I shared a Luger Burger because we had big eating plans ahead of us. The burger’s base price is $8.50 and cheese is available for an additional $1.50. Unlike the kind folks at Momofuku, we were charged a split fee of $3, which was disappointing considering what a well-regarded restaurant Peter Luger is. Before our burger arrived, we enjoyed some complimentary bread with butter. My favorite was the white dinner roll because it had the fluffiest interior.

At last our burger arrived and it looked delectable—thick meat patty, melted cheese, and sesame seed bun. We cut the burger in half and dug right in. Even though we ordered our hamburger prepared medium, it came out a tad pinker than we had hoped. But because the meat was so juicy and flavorful, we really didn’t mind too much. The highlight of the hamburger was definitely the meat; we could taste the impeccable quality in every bite. Neither of us bothered to slather ketchup on our hamburgers because they were so good as is. Disappointingly, the cheese and sesame seed bun were forgettable. 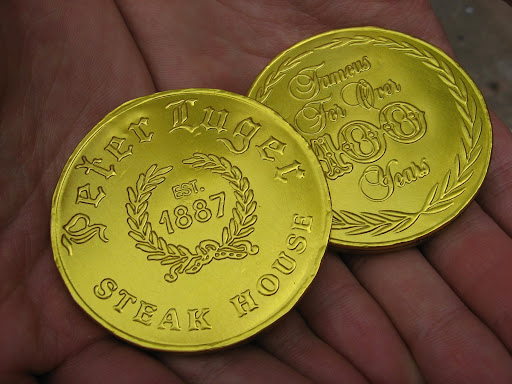 The Luger Burger’s patty is without a doubt top-notch, but the Rouge Burger offers a more complete hamburger package in my book. #4 > #2. The milk chocolate coins provided a pleasant conclusion to our meal.