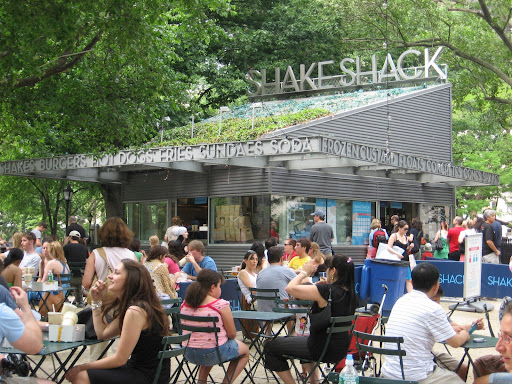 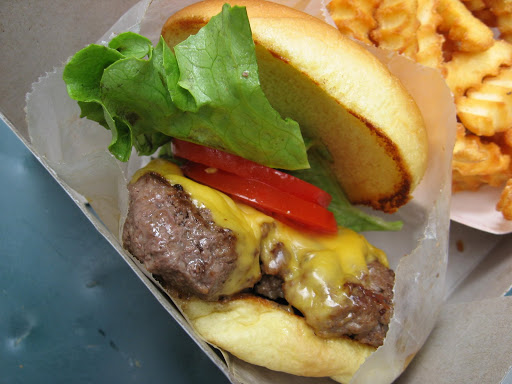 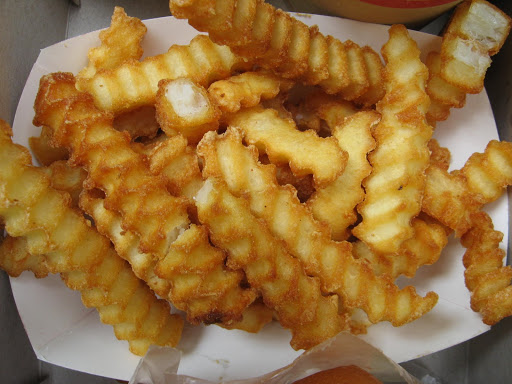 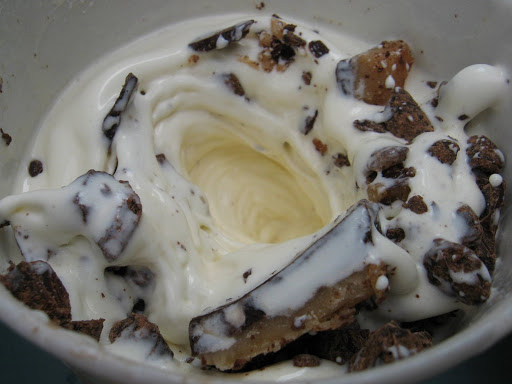 While interning at YM Magazine during the summer of 2002, I lunched everyday on the benches in Madison Square Park. Since I was paid in nail polish and future recommendations, I usually packed an uneventful PB&J sandwich or bought a hot dog from the vendor located on the park’s edge. Returning to the park five years later, I barely recognized the place. 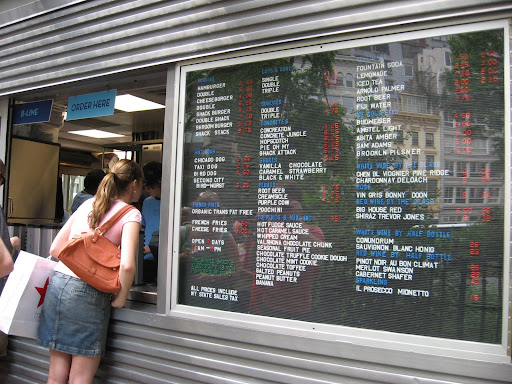 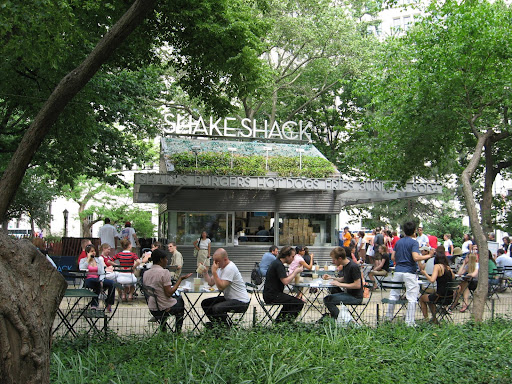 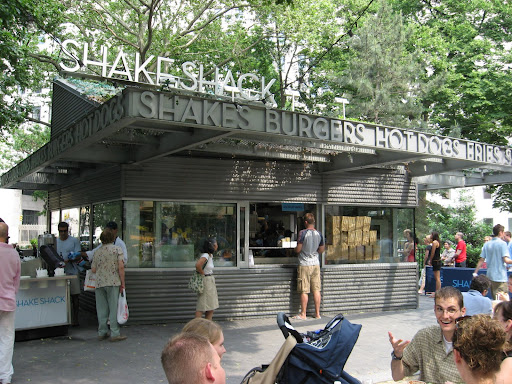 Ever since Shake Shack sprouted up during the summer of 2004, Madison Square Park has become quite the dining destination. Long gone are the days of urban serenity and in its place are winding lines of hungry diners seeking quality fastfood—the hamburgers, fries, hot dogs, and custard served up at Shake Shack are only made using high-quality ingredients and no trans fats.

After waiting 45 minutes in line to place our order and an additional 10 minutes for our food to be made, we finally sat down to eat. People often complain about the lengthy line at Shake Shack, but the lively ambiance in the park more than makes up for it. My advice is to not arrive too hungry. 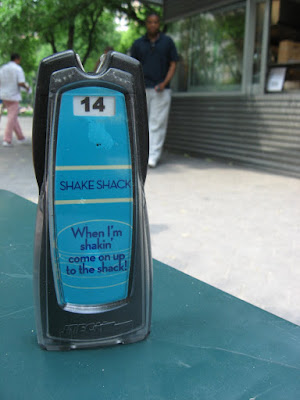 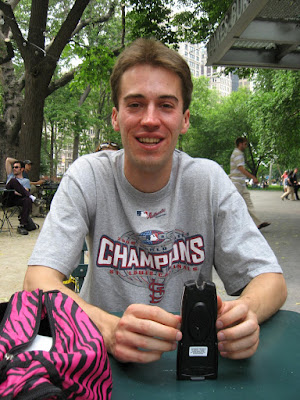 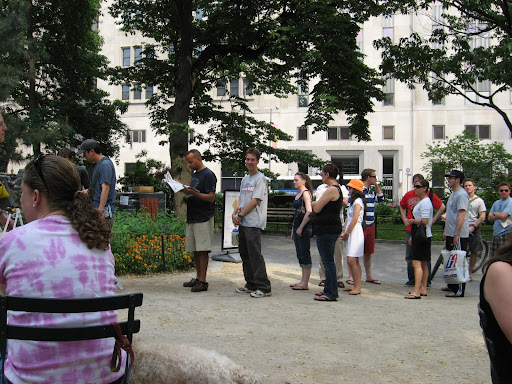 I was in the mood for something cool and sweet after the Luger Burger and ordered a Hopscotch Concrete made with Hot Caramel Sauce, Chocolate Toffee and Valrhona Chocolate Chunk. I had never heard of a concrete before ordering one at Shake Shack, but The Astronomer, a St. Louis native, was quite knowledgeable. He informed me that a well-made concrete can be turned upside down without any deliciousness falling out a la Ted Drewes.

Good thing I was dining with a concrete expert because the concrete I received was unacceptably melted. I brought the concrete up to the pick-up window and asked for a new one. A woman in the shack informed me that the concrete was liquid rather than solid due to the hot caramel sauce, so then I requested for my concrete to to be made with caramel on the side. The second concrete I received was a vast improvement, but still wouldn’t pass the upside down cup test. I guess I’ll just have to return to St. Louis for the real deal. Texture aside, the concrete was pretty darn wonderful. The vanilla custard was creamy, the chocolate toffee was crunchy and sweet, and the chocolate chunks were dark and luxurious. I was on a sugar high for a good long while after I polished off the concrete. 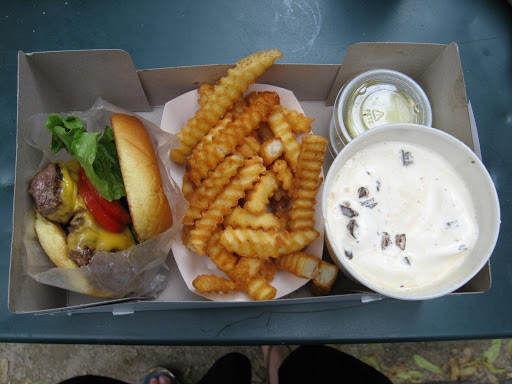 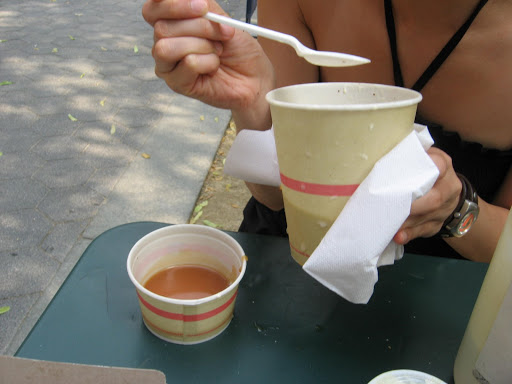 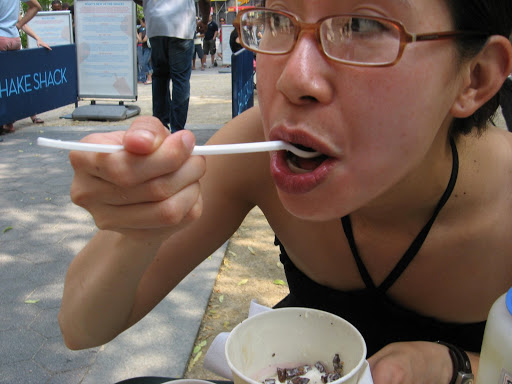 The Astronomer ordered a single cheeseburger with a side of fries. The burger was quite good and on par with the ones from In-N-Out. Following the Luger Burger, Shake Shack’s paled in comparison. We admit that it’s unfair to compare a fastfood-type hamburger with a gourmet one, but the Luger Burger was fresh in our minds and on our taste buds. The fries were decent, but The Astronomer prefers his with seasonings. Unless the line at Shake Shack was dramatically shorter, The Astronomer wouldn’t return for the hamburger or fries. However, I would return for the semi-frozen treats.