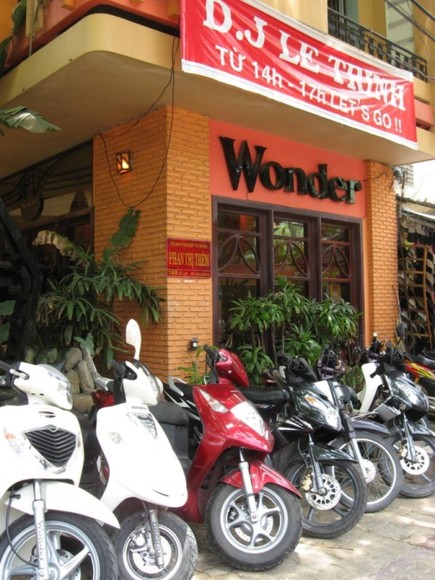 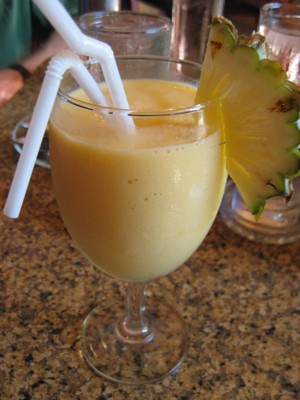 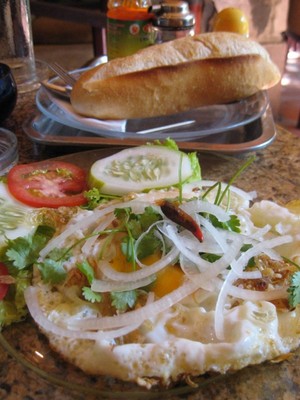 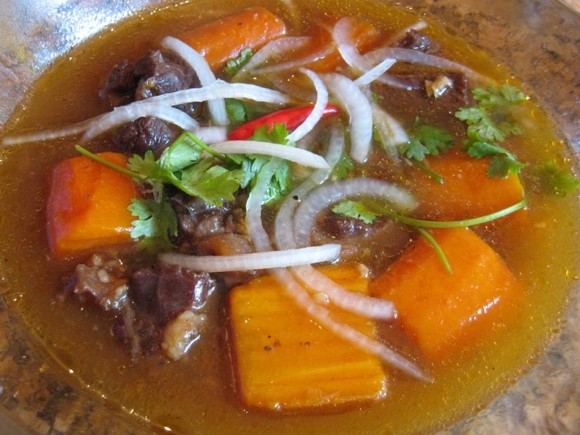 Our first meal in Da Nang was at Wonder, a trendy cafe around the corner from East Meets West headquarters. Our colleague Craig from Oakland highly recommended the place and joined us for a quick breakfast before we headed off on our staff retreat.

The atmosphere at Wonder is quite Western—complete with high tables and chairs, loud music, and multiple flat screen televisions playing an Eagles concert. I think The Eagles are Vietnam’s favorite rock band. If it weren’t for the food and service, we would have thought we were dining back in the states at a Hard Rock Cafe.

Not in the mood for anything too heavy, I ordered a mango yogurt. What arrived resembled a smoothie and tasted like a fruity and frothy cream cheese. The “yogurt” was a huge letdown. Luckily, The Astronomer found it pleasant and drank most of it.

For my second attempt at breakfast, I decided to go with a more traditional offering, trung opla. The egg whites were deliciously crisp around the edges, while the yolks were runny and perfect for dipping my baguette. After a disappointing start, the trung opla more than made up for the weird yogurt rendition.

The Astronomer’s banh mi bo kho was executed superbly as well. The stew’s deep, meaty flavor really perked him up early in the morning.

The food and ambiance at Wonder is festive, but I’d much rather scour the streets for eats than return here again even though prices were fairly reasonable. Who wants to be hip and cool in Vietnam? Certainly not me.