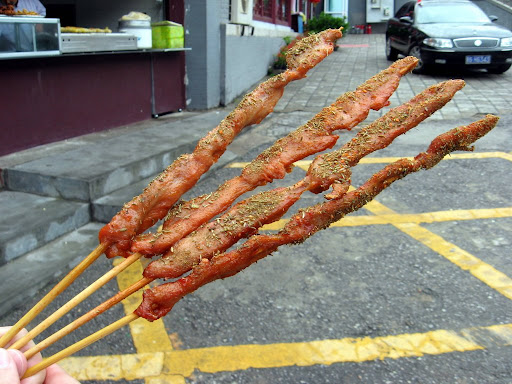 It seems like I’ve been starting off every post from China with a picture of meat on a stick—well, here’s another. There’s no denying that the Chinese love their meat served on a bamboo skewer! The Astronomer procured these sticks of mutton (4 for 10 RMB) at the base of The Great Wall because he needed a protein boost before our assent. I already carbo-loaded in Chaoyang, so I passed.

Vendors selling meat on a stick, corn on the cob and kebabs to hungry tourists. It was a rainy day in Beijing, which meant that the weather at The Great Wall was cool, bordering on cold. Visibility was pretty good despite the looming clouds. 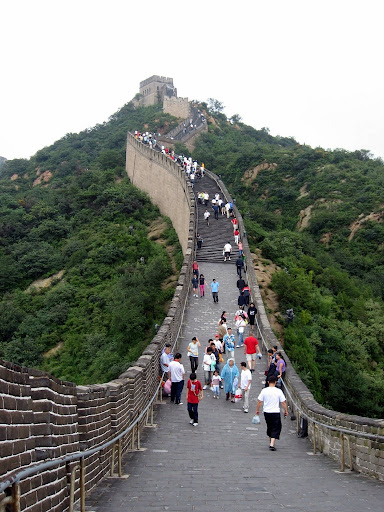 The Great Wall stretches “6,400 kilometers (4,000 miles) from Shanhaiguan in the east to Lop Nur in the west, along an arc that roughly delineates the southern edge of Inner Mongolia.”

We visited the wall at Badaling, which is located 70 kilometers northwest of Beijing. Made of stone and bricks from the hills, this portion of the Great Wall is 7.8 meters (25.6 ft) high and 5 meters (16.4 ft) wide. 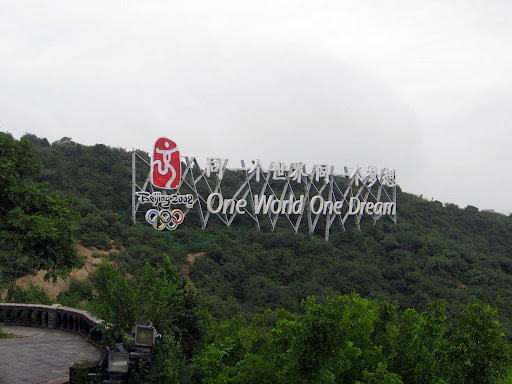 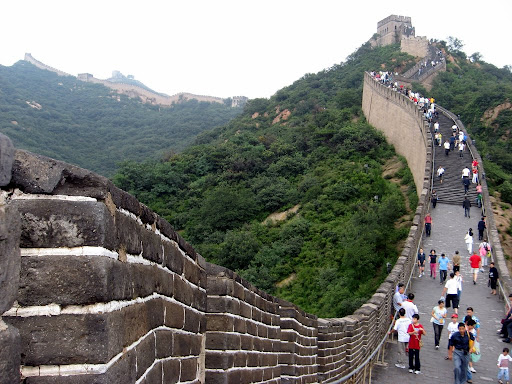 Badaling is the most popular section of the wall and was moderately packed during our visit. The Astronomer and I were both surprised by how tough the climb was—it really gets steep at some points! Climbing The Great Wall is not a walk in the park, but we saw lots of elderly Chinese people trekking along. Impressive!

A view of rolling hills with rocks jutting upwards from atop The Great Wall. 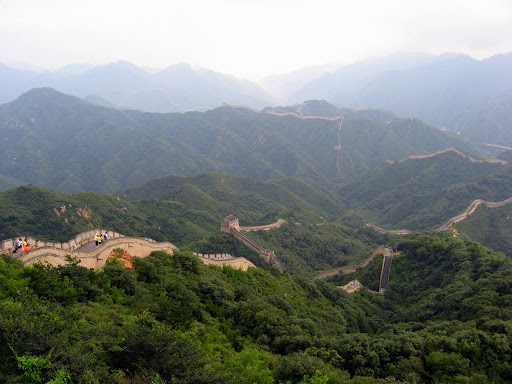 The Wall just goes on and on and on… 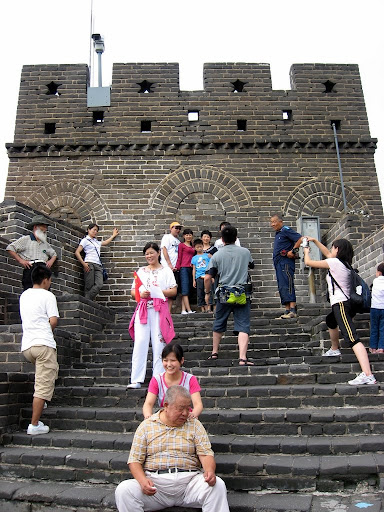 After a 45 minute hike, we reached the highest point of the Badaling section. An imposing brick wall signaled that it was time to turn around and descend. Check out the old man getting a massage for a job well done—lucky fella. 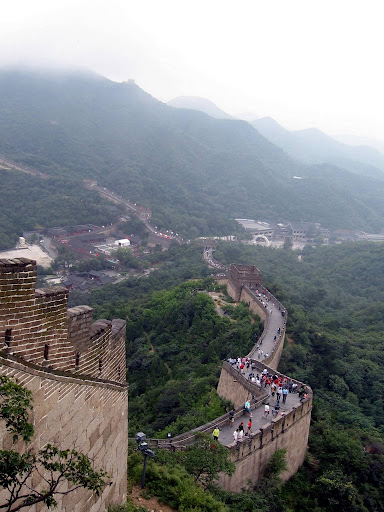 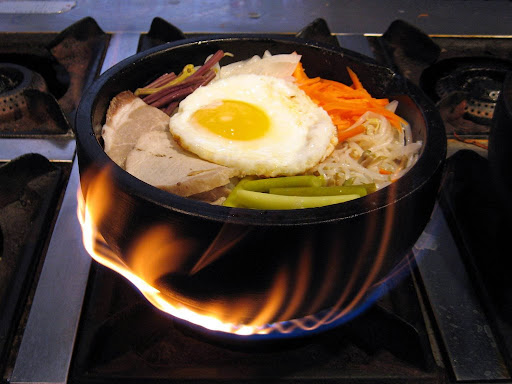 After climbing The Great Wall, I was definitely ready for something warm and hearty. In addition to the roadside stands selling meat on a stick, there was also a food court selling noodles, sandwiches and bi bim bap! The Astronomer and I shared a fired-to-order portion of pork bi bim bap (15 RMB) with sauce on the side. For Korean food served in a Chinese tourist hot spot, the bi bim bap certainly could’ve been worse!

5 thoughts on “The Great Wall of China”