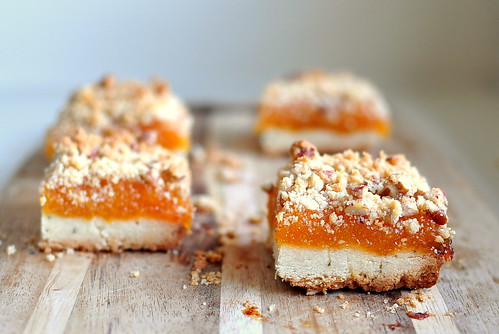 For the past couple of weeks, I’ve been racking my brain trying to come up with a suitable gift for my brother and his girlfriend to thank them for allowing The Astronomer and me to crash at their Lower East Side apartment. Cookbooks and restaurant certificates are usually my go-to gifts, but my brother’s the kind of guy who has everything, so this situation called for something more unique.

I decided to whip up a batch of Rosemary Apricot Squares because home baked goods have an awesome way of speaking louder than words. Plus, the clever combination of rosemary and apricot sounded intriguingly different and outrageously good. The recipe is from Matt Lewis and Renato Poliafito of Baked, an innovative bakery in Red Hook, Brooklyn. I previously made their Root Beer Bundt Cake and Raspberry Crumb Breakfast Bars. This one is my favorite of the three.

Preheat the oven to 350 degrees F. Spray a 9-inch-square baking pan with nonstick cooking spray and line with parchment paper, allowing the parchment to hang over the edge. 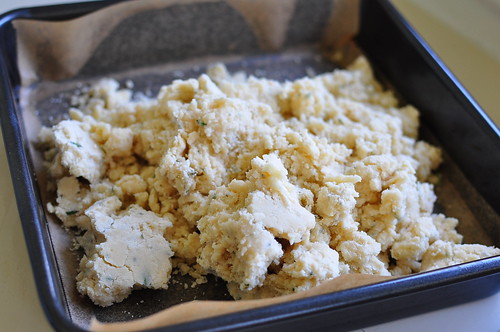 In a small bowl, whisk 1 3/4 cups of the flour with 1/4 teaspoon of salt and the rosemary. In a standing mixer fitted with the paddle, beat the 1 1/2 sticks of butter with the confectioners’ sugar and vanilla at medium speed until fluffy, about 2 minutes. At low speed, gradually beat in the flour mixture until just incorporated. Scrape the dough into the prepared pan; with lightly floured hands, press the dough evenly over the bottom. Refrigerate until chilled, about 30 minutes. 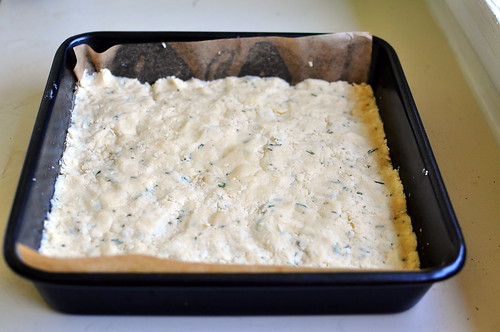 Bake the crust for 30 minutes, until light golden. Transfer to rack and let cool, about 30 minutes. 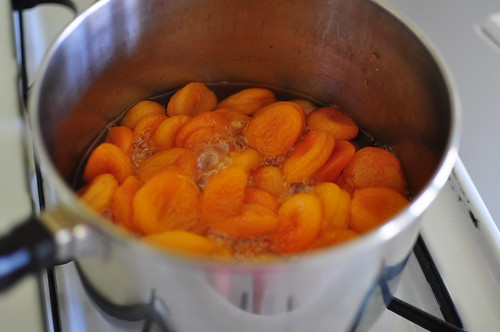 Meanwhile, in a medium saucepan, combine the apricots, water, granulated sugar, honey, brandy and a pinch of salt. Bring to a simmer and cook over moderate heat until the apricots are very tender and the liquid has thickened, about 45 minutes. 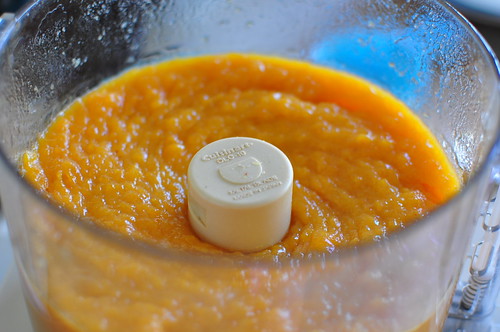 Scraped into a food processor and puree until smooth. 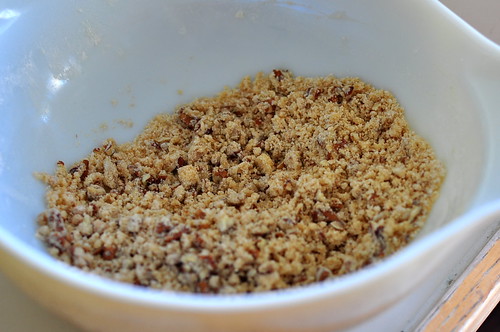 In a standing mixer fitted with the paddle, combine the remaining 1/2 cup of flour with the chilled butter, dark brown sugar, pecans and a pinch of salt. Beat at medium speed until the mixture resembles sand, about 1 minute. 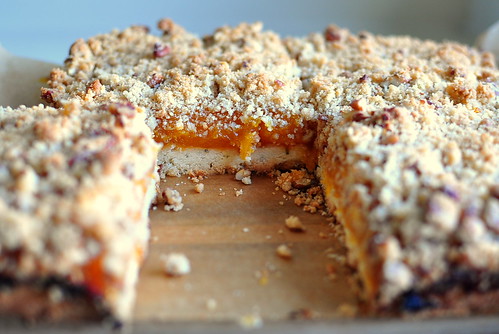 Evenly spread the apricot mixture over the crust. Sprinkle the pecan topping over the filling; bake for 30 minutes, until browned on top. Transfer to a rack and let cool. Using the parchment overhang, transfer to surface. Slice and serve. 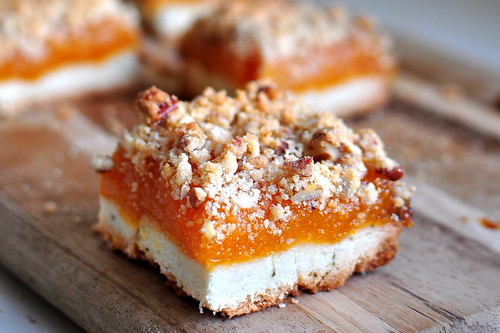 Recipe from Food & Wine Best of the Best Cookbook 2009.