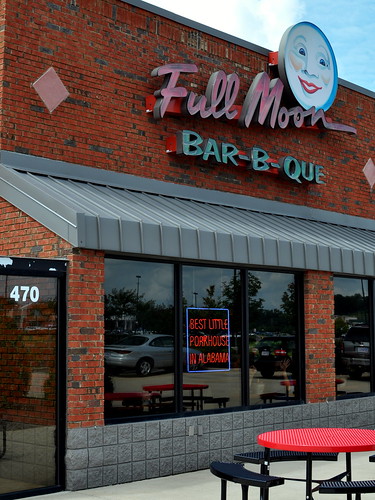 The Astronomer and I officially declared this past September Family Appreciation Month. Following a fantastic week in New York City with my brother, we jetted off to Birmingham to spend some quality time with The Astronomer’s family. With cooler temps, minimal humidity, and juicy muscadines in bloom, fall is the perfect time to visit the great state of Alabama.

The Astronomer and I were jonesing for some ‘cue as soon as we deplaned. Jim ‘N Nick’s has always been our go-to spot, but we decided to branch out from our comfortable cheese biscuit zone during this visit. Armed with Birmingham Magazine’s “Barbecue Bible,” we set out to explore the city’s tasty terrain. Our first stop was at Full Moon Bar-B-Que. 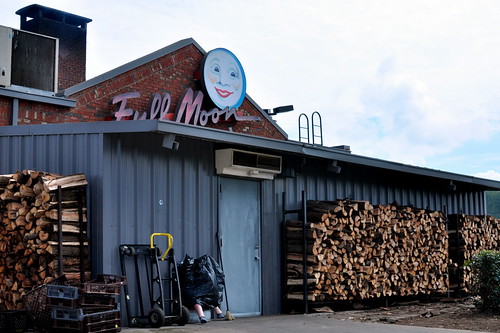 Since this was our first visit to Full Moon, we weren’t sure of the restaurant’s location. Fortunately, large plumes of smoke billowing from the chimney could be spotted from the distant highway. 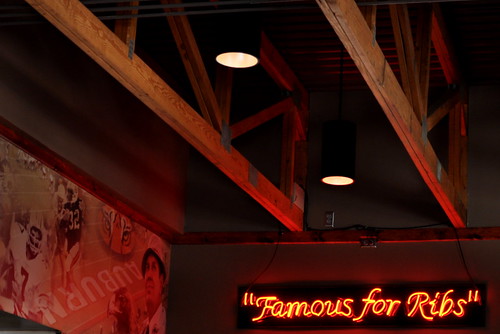 As is customary with restaurants in these here parts, every inch of wall space was either covered with flat screen televisions or Alabama and Auburn regalia. Roll Tide! 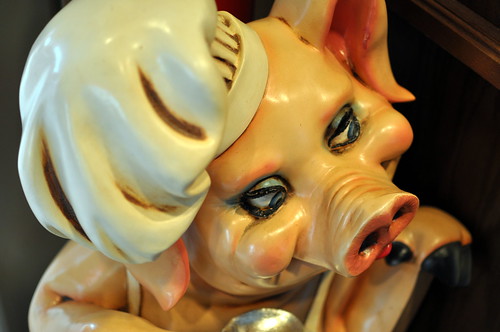 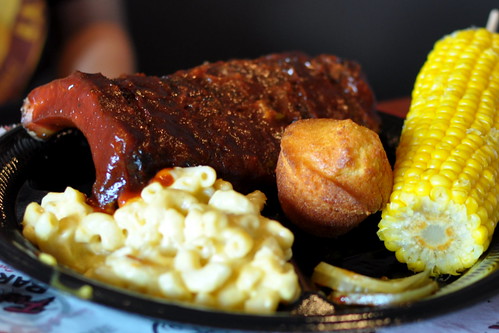 The self-proclaimed “Best Little Pork House in Alabama,” Full Moon specializes in ribs. The Astronomer ordered a half rack of baby backs ($9.99) with macaroni and cheese, corn on the cob, and a corn muffin on the side. Cooked slow and low over a hot hickory fire, the ribs were tender but not outstandingly so. Full Moon’s signature thick and tangy sauce was slathered on generously. In regard to the sides, The Astronomer found the corn overcooked, the muffin quite nice, and the mac and cheese comfortingly mushy. 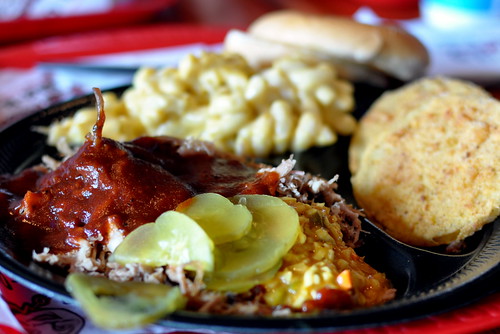 I ordered a pulled pork plate ($8.99), which was served with two trimmings, a side of chow-chow (spicy and sweet relish), and a toasted bun. I chose macaroni and cheese and fried green tomatoes for my trimmings. Employing the bun, chow-chow, pickles, and pulled pork, I made an extra-saucy sandwich just to my liking. The sides were competent, but nowhere as polished as Jim ‘N Nick’s.