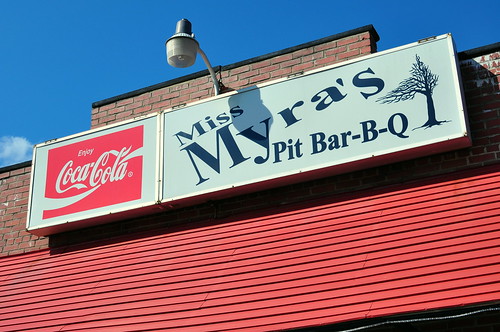 Before departing home to Los Angeles, The Astronomer and I once again consulted the Barbecue Bible for noteworthy lunch options. “Miss Myra’s does many things well, but it’s the mayonnaise and vinegar-based white sauce that keep people talking,” touted the guide. The idea of a white barbecue sauce definitely piqued our interests, but it was Raymond Sokolov’s poetically penned piece, “Where Ribs are an Art Form,” for the Wall Street Journal that really convinced us that Miss Myra’s was a worthy last meal. 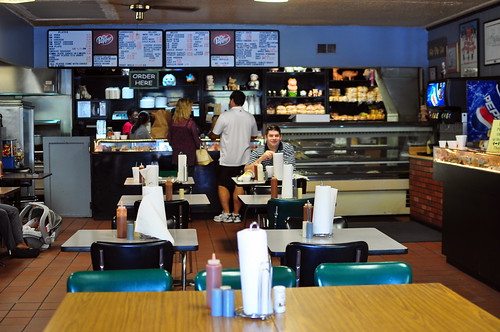 The protocol at Miss Myra’s was similar to other casual barbecue restaurants in Birmingham. The bill of fare was posted toward the front of the restaurant and orders were taken from behind the counter. Lunch was delivered upon plastic plates and trays soon after ordering. Miss Myra’s level of customer care was efficient but indifferent. After five visits to Alabama, I’m fairly convinced that Southern hospitality is a myth. 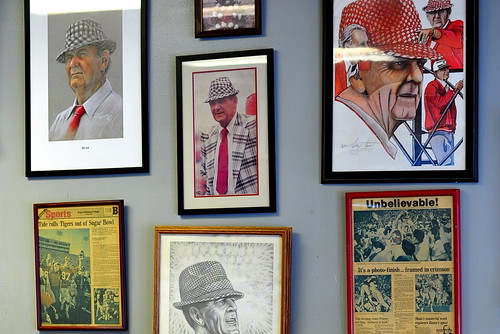 We tucked into an empty dining area adjacent to the restaurant’s main room. Even though The Astronomer and I were the only diners in the section, we didn’t feel alone with the likeness of Bear Bryant staring down at us from every angle. After amassing six national championships and thirteen conference championships for the University of Alabama, the man has become a legend in these here parts. Roll Tide. 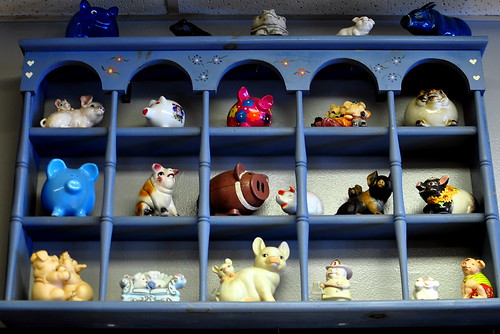 Miss Myra also boasts an incredibly vibrant and varied collection of pig statuettes. Mr. Sokolov described it as “a veritable museum of swine art consisting of hundreds of effigies of the genus Sus in all its pink, piggy majesty” in his article. I told you the man was a poet. 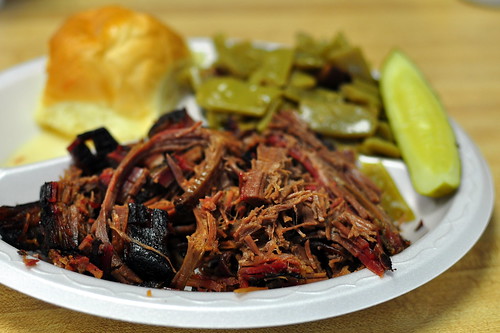 The Astronomer ordered beef brisket with green beans and a bag ‘o chips; a steamy roll and limp pickle spear was included with every platter ($7.65). The beef was great on its own, but even better doused in Miss Myra’s peppery and tangy white sauce. 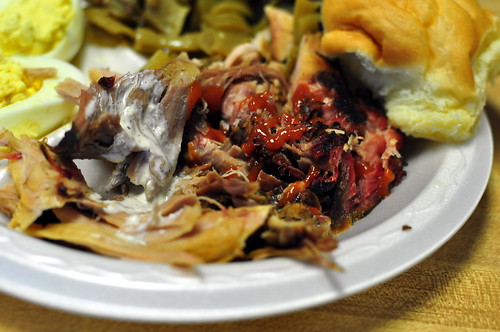 I ordered a pulled pork platter with green beans and deviled eggs ($7.65). The meat was served in small chunks rather than shreds, but I didn’t mind because it still provided a fine vehicle for saucing up. The white barbecue sauce was admittedly intriguing, but I favored the classic red one on my pulled pork.

Miss Myra’s green beans were prepared in typical Southern fashion, overcooked and mushy as can be. When I’m south of the Mason Dixon, it feels so right eating sickly-colored vegetables. The deviled eggs weren’t pretty, but they sure were tasty. 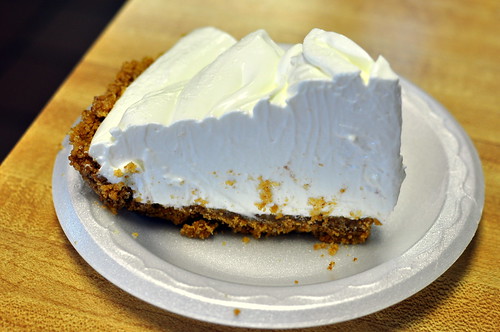 For dessert, The Astronomer dug into a slice of lemon cream pie ($2.75). The graham crust was superb, as was the tart and sweet filling. 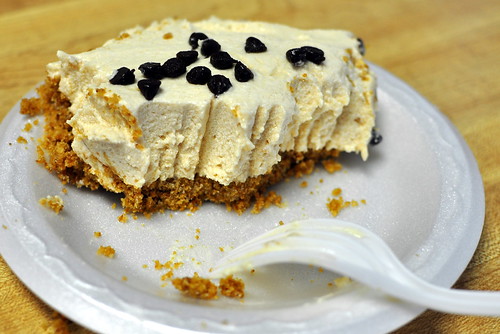 I went for a slice of peanut butter cream pie topped with mini chocolate chips ($2.75). Cream pies go down especially easy after consuming heaps of savory meats. Even though the filling was light and airy, I couldn’t manage to finish my slice; into a box and onto the plane it went.